Home National I’m now left with nobody. They have wiped out my entire family...
Facebook
Twitter
WhatsApp
Telegram
Email 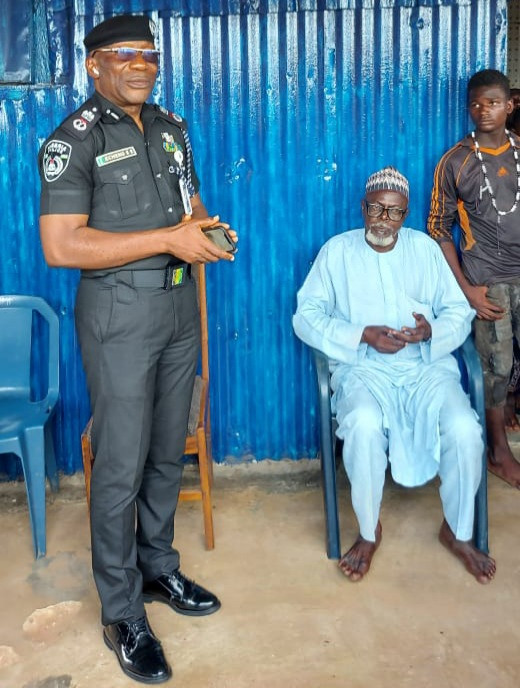 Jubril Ahmed, the husband of the pregnant woman killed along with her four children by unknown gunmen in Anambra state over the weekend, has said that he is devastated by the unfortunate incident.

Jubril who works as a security guard in Anambra State told Daily Trust that his wife was nine months pregnant and the family was expecting a new baby within the week when they were killed.

“They were coming back home after she visited her sister who was living in the nearby town. She and the four children were all wearing hijabs; that was why the gunmen targeted them.

As I’m talking to you, I’m in the process of recovering their corpses. The police have given me some documents which I will use to collect the corpses. I’m in the mortuary now, they are demanding N30, 000 from me before they will release the corpses of my family.

My hope is to take the corpses to Ganye Local Government Area in Adamawa State and bury them because the cemetery the Arewa community is using here is already filled.”he said

The devastated husband gave the name of his late wife as Harira Jibril, 32, and those of the four children as Fatima, 9; Khadijah, 7; Hadiza, 5; and Zaituna, 2.

“I’m now left with nobody; they have wiped out my entire family. I am so worried and in trauma, there is a need for the government to do something,” Jibril said

Also speaking, the leader of the Hausa Community in Orunba South, Sarki Kabiru Bakari, said the plans to take the bodies of the deceased persons to Adamawa for burial had been canceled because the corpses were not taken care of in the mortuary, and could not withstand the travel to the North.

“We have now decided to bury them in Awka Wednesday (today). The mortuary attendant did not treat the corpses, no preservation measure was done; hence we cannot travel with the corpses as they have already started decomposing. We have no other option than to take them to Awka and bury them there,” he said

Bakari added that the security personnel had been deployed in the area and that the Anambra State police commissioner has visited them and assured them of swinging into action.

“But after we bury the victims, we will all relocate to our hometown in the North; we are no longer safe here. The husband of the woman will also relocate back to Adamawa as soon as he buries his family; he is working here as a security guard” he said