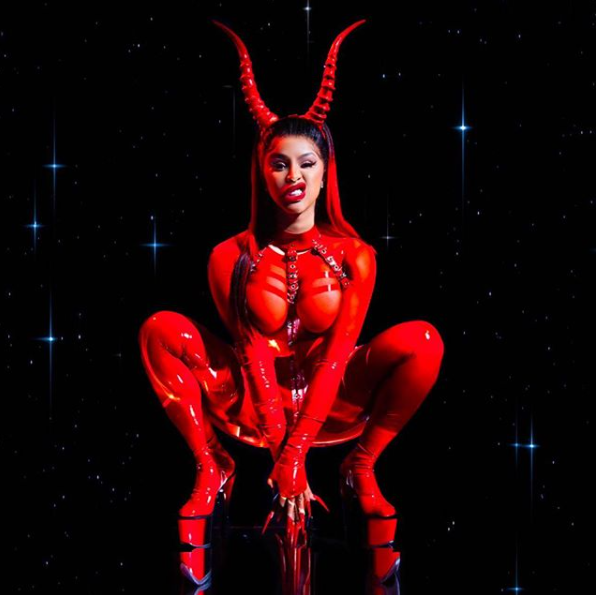 Cardi B took to Instagram to share a photo of herself while reminding the world she’s now single. However, the nature of the photo led to speculations she has been initiated into the Illuminati.

In the photo, the rapper is seen wearing a red latex jumpsuit with a red hairband in the form of horns.

“Single, bad and rich. I do the controlling,” she captioned the photo. 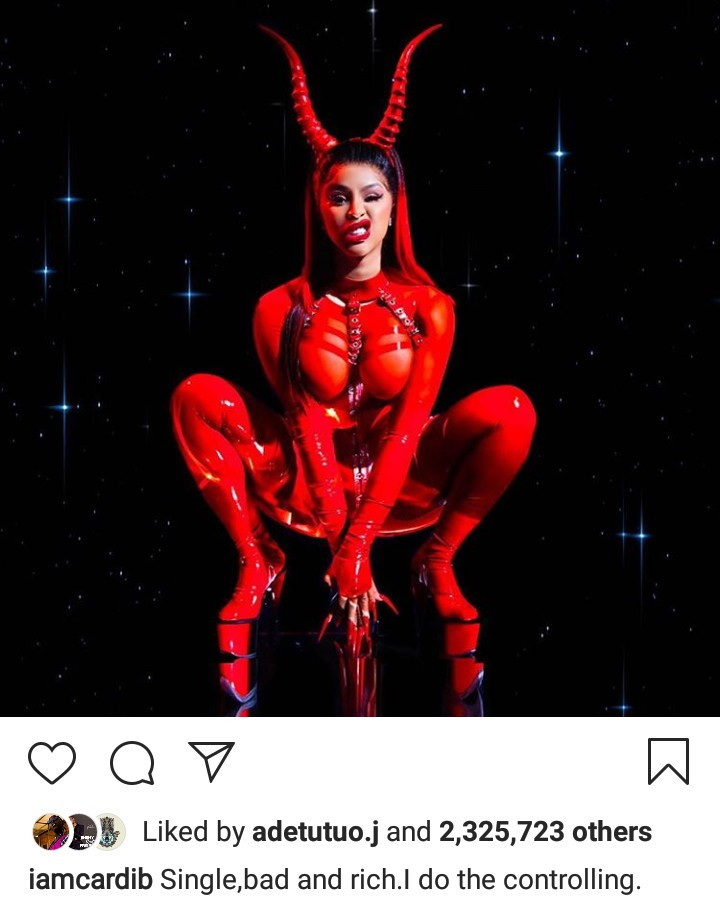 People commented, claiming she was indirectly announcing her entry into the Illuminati.

She reacted by sharing another photo of herself in an angel costume, with diamonds covering her private parts and white wings sticking out behind her.

“Stop with the Illuminati shit ….It was just costumes for a tiktok video DAMN!” she captioned the photo.

She added in the comments of her post: “I will never join nothing. I rather die broke. Money cant buy my faith in God.” 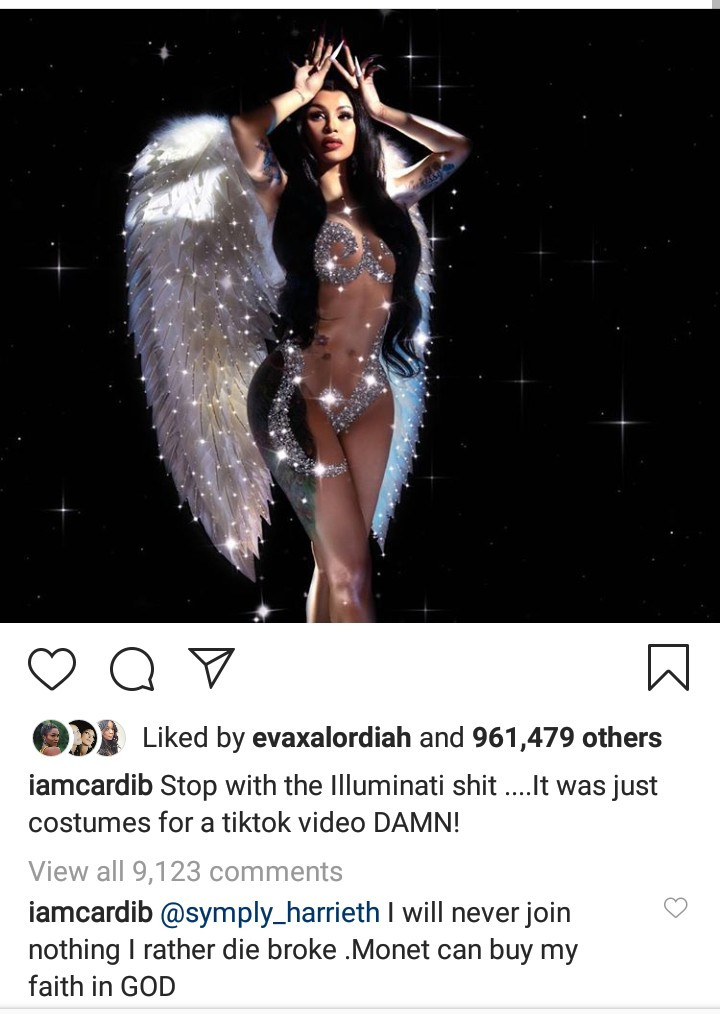