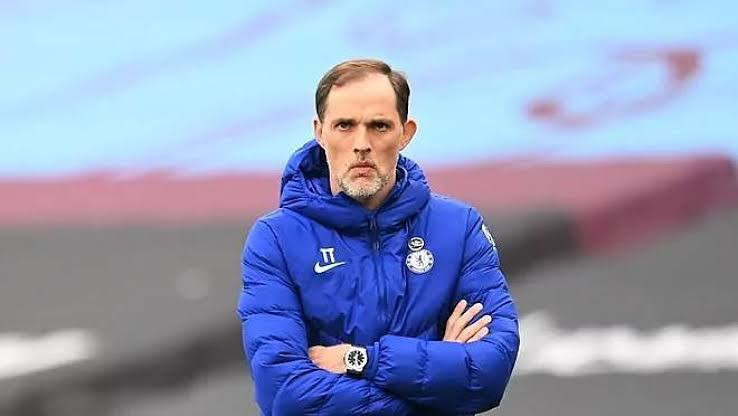 Chelsea manager, Thomas Tuchel has stated his desire to remain at Chelsea and help the club as it goes through a tough time.

The club is set to lose key players and also faced sanctions from the British government because of its owner, Roman Abramovich’s links with Vladimir Putin, the Russian president who ordered the invasion of Ukraine.

Wit the club set to be sold in a £4.25billion deal to a consortium led by US investor Todd Boehly, Tuchel says he is aware of the club’s problems but he is not leaving the club at it’s time of need.

‘I am aware but I have no new information and have not been informed about the character of the issues that have obviously arrived,’ Tuchel said on Wednesday, May 18.

‘Let’s wait and see. I am still convinced that it is in good hands, not my hands but hopefully good hands and better hands than my hands.

Chelsea are still waiting to complete a sale of the club, following the decision to sell by Roman Abramovich

‘Hopefully it will go through as quickly as possible.’

The sanctions, imposed on Abramovich following the invasion of Ukraine, have left Chelsea unable to sign or sell players, or hand out new deals.

He said: ‘You ask many times if we have a delay in approaching players and making plans, of course a huge delay.

‘We are affected by it, players are going out. We are rebuilding, not improving the squad.

‘We are up for the challenge. I don’t know where we are from day one (of next season).’

‘We will still work for Chelsea and I refuse to think of negative scenarios. We will be competitive, on which level we will see. On how the delay and sanctions will affect us, there is a risk.

‘It will be very challenging to make up for the disadvantage, given the situation of the other two teams – (Manchester) City and Liverpool who are already improving the squad and set one benchmark after the other in all aspects of the game. Things are not easier for us.’