Governor Okezie Ikpeazu of Abia State has lauded the sacrifices and commitment of the Nigerian Armed Forces in the maintenance of national, sub-national, regional and global peace and security.

Ikpeazu, who made the commendation during the grand finale marking the end of the 2022 Armed Forces Remembrance Day celebration held at the old Cenotaph ground, Ogurube layout, Umuahia, said the country must continue to appreciate and acknowledge the patriotic contributions and sacrifices of the Nigerian Armed Forces in the fight against Boko Haram, insurgency, kidnapping, banditry, armed robbery, terrorism and other forms of criminality across the country.

Ikpeazu, ably represented by his Deputy, Rt Hon. Ude Oko Chukwu, pointed out that the achievements of the Nigerian Legion in the state cannot be overemphasized given her commitment to the training of security personnel for churches, schools, banks, ministries among others and reassured that as a security-conscious government, they will continue to prioritize security and always partner the Nigerian Legion and other security agencies in their effort to sustain the prevailing peace and security in the state. 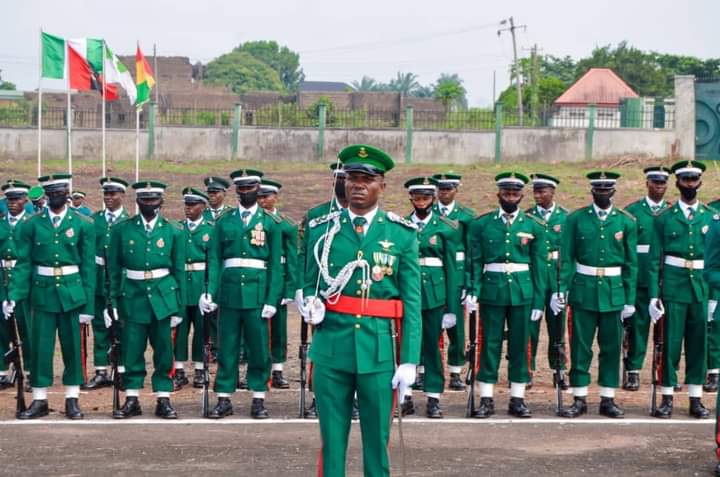 He stressed the need for all to, as a mark of honour for the sacrifices of the men and women of the Armed forces of Nigeria, show greater commitment to the unity of the nation and the task of building a greater and better Society. He further promised that the present administration will not relent in its commitment to always encourage and support the state chapter of the Nigeria Legion and other security agencies in all areas within the limits of available resources.

In a vote of thanks, the Commissioner for Women Affairs, Deaconess Nna Rose Urenta, said the event marks the end of the 2022 Armed Forces Remembrance Day celebration which commenced with the launch of the emblem appeal fund and interdenominational Thanksgiving Service in honour of the country’s fallen heroes that paid the supreme sacrifice.

Highlights of the occasion included the inspection of Guards mounted by men of the Nigerian Armed Forces by the Governor’s representative, laying of wreaths at the feet of the unknown soldier by the Governor represented by Chukwu; the Commander, 14 Brigade, Ohafia, Brigadier Gen M.B. Wabili; the Commandant, Nigeria Navy Finance and Logistics School , Owerrinta, Commodore Bugaje; the Commissioner of Police, Mrs.Janet Agbade; the Chairman Nigeria Legion, Abia State Chapter, Commander, Ambrose Nnabugwu; the Commissioner for Women Affairs and Social Development, Deaconess Nna Rose Urenta; the Chairman Abia State Traditional Rulers Council, Eze Ndubuisi Nwabeke; representatives of widows of Commissioned and Non Commissioned Officers, the release of pigeons and the traditional 21 gun salute in honour of the nation’s fallen heroes. 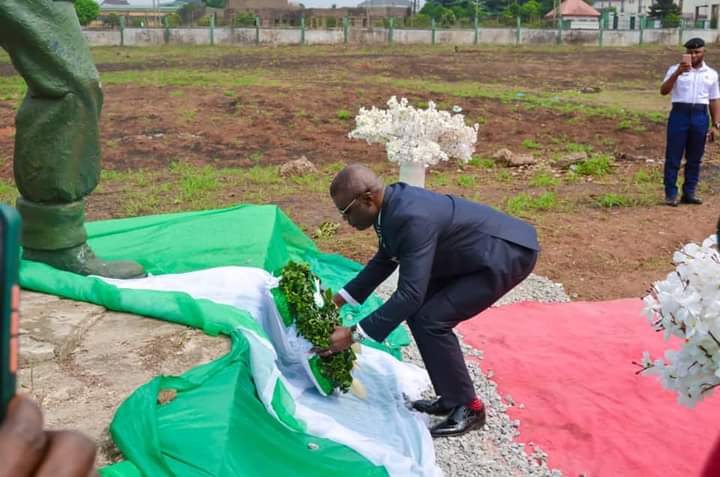 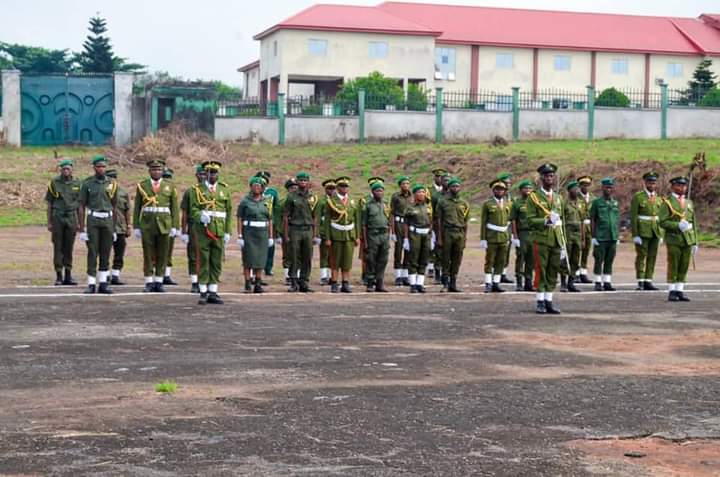 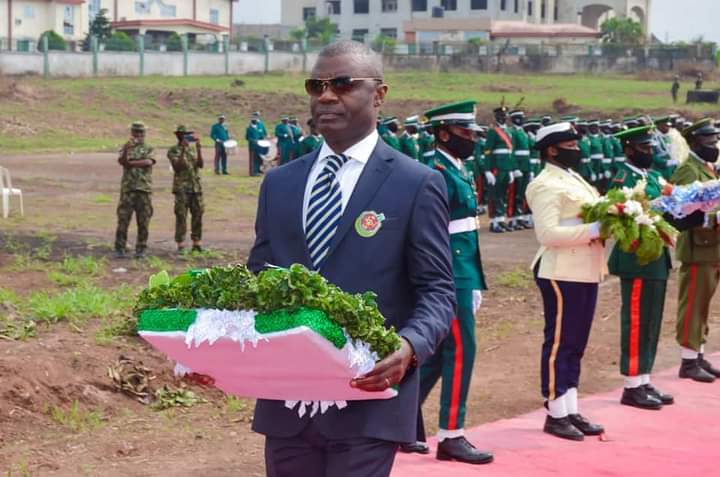 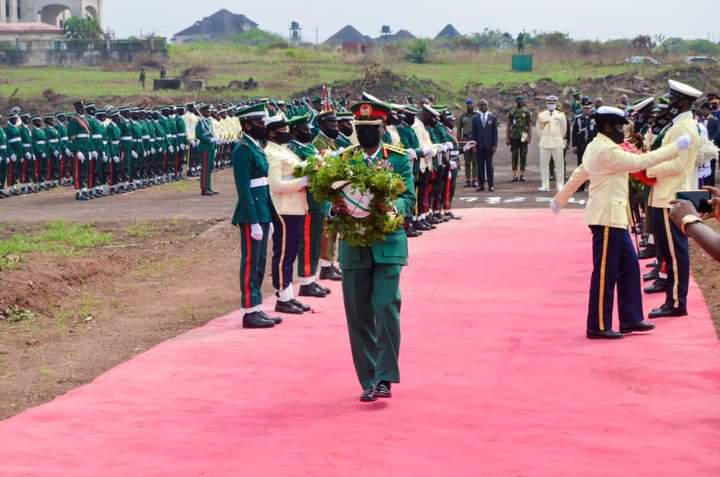 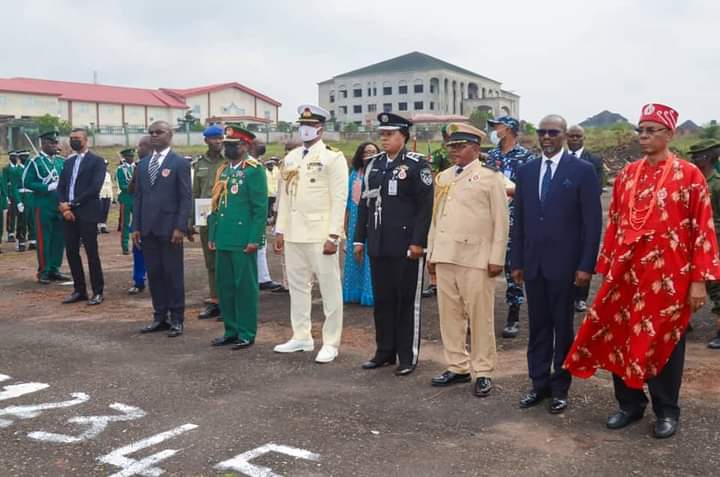 “No better truth ever spoken” – RMD writes as he shares...

“A lot of us in the entertainment industry need therapy” –...