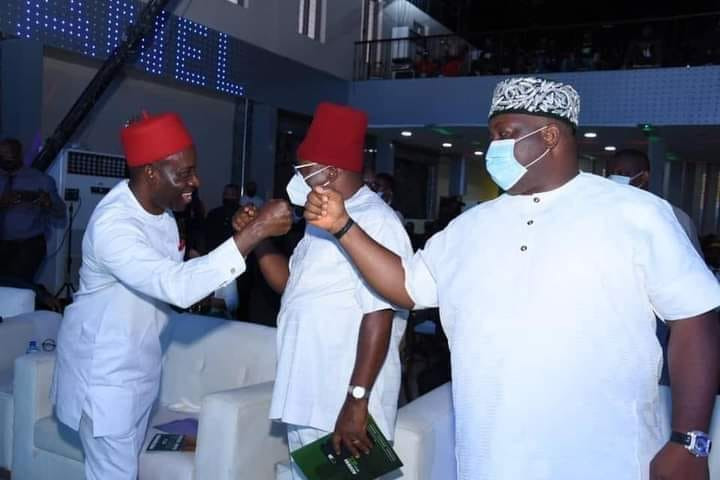 Senator Ifeanyi Ubah who was the candidate of the Young Progressive Party in the November 6 Governorship Election in Anambra State, has conceded defeat and congratulated Professor Charles Soludo of the All Progressives Grand Alliance APGA, who won the election.

In a statement released this evening, Ubah, who currently represents Anambra South Senatorial District, said he has phoned Professor Soludo to congratulate him on his declaration as the winner by the Independent National Electoral Commission.

In the statement titled, ‘Senator Ifeanyi Ubah Congratulates Prof. Charles Soludo On His Electoral Victory’, Senator Ubah appreciated his supporters and said he submitted to the will of God .

“I have just called the newly elected Governor of our dear State; Prof. Chukwuma Charles Soludo to congratulate him on his victory at the just-concluded November 6, 2021 Anambra Governorship poll.

“To everything there is a season, so the Holy Bible says. It is with a heart full of gratitude and submission to the will of God that I address you all today having enjoyed the unique privilege of earning your support to seek the Governorship office of our dear State Anambra,” the lawmaker said.

He however added that he isn’t pleased with the election results but that he wouldn’t be challenging it in court.

“This is not the outcome that we wanted and worked so hard for. Although some people have expressed mixed feelings and reactions about the anomalies witnessed across numerous polling units.

“However, the collective interest of the state must be our paramount focus. Not minding the outcome of the elections, I feel pride and gratitude for this formidable campaign that we waged irrespective of the pervasive security crisis that did not allow us to maximize our full campaign potentials in the nooks and crannies of the State.

“As a Democrat and law-abiding citizen, I wholeheartedly accept outcome of the election and would like to use this medium to congratulate Prof. Charles Soludo on his victory. It is imperative to state that I do not intend to challenge the electoral results as announced by the Independent National Electoral Commission through any court or judicial process,” he said.