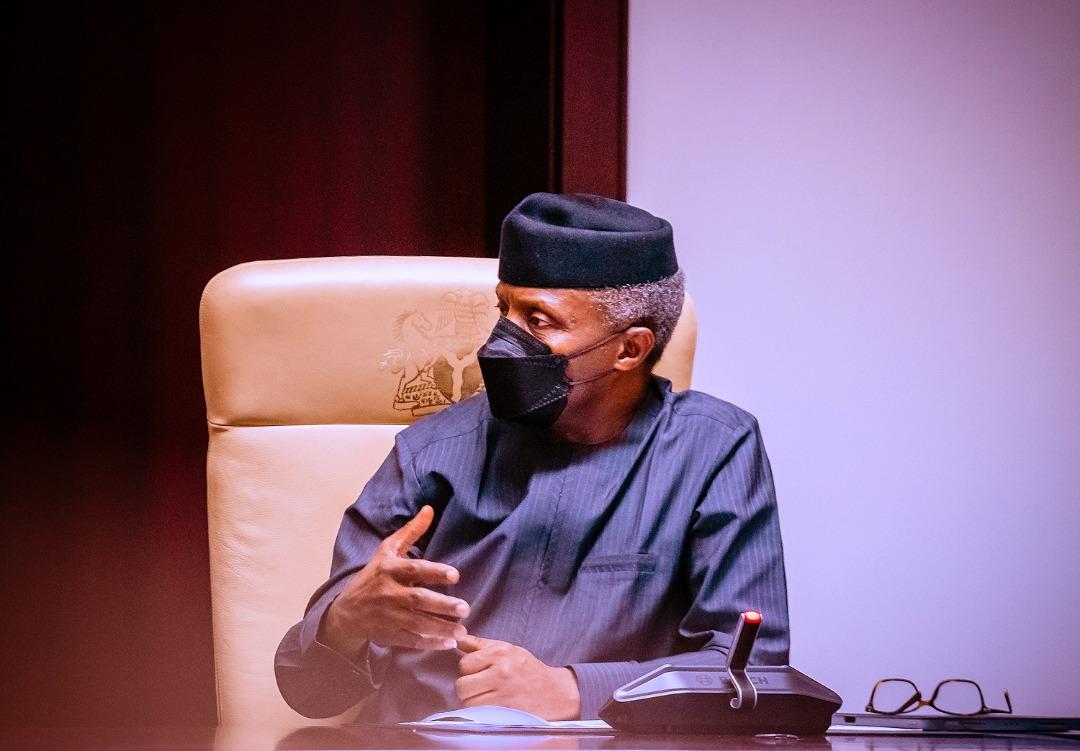 Vice-President Yemi Osinbajo says if young Nigerians fail to bid for elective offices at the 2023 general elections, they cannot win.

Omoworare represented Osinbajo at the opening of a two-day retreat for young legislators at the federal and state levels held on Monday in Lagos.

He said government had been preparing and equipping the capacity of youths as future leaders.

According to him, President Buhari’s assent to the “Not-Too-Young-To-Run’’ Bill, was to ensure greater participation of youths in parliament and in government generally.

“In preparation for 2023 general elections, we must realise that greater participation of our youths should not be mere rhetoric.

“Power is never handed over on a platter. If you don’t bid, you can’t win. We must also register to vote.

“The whole essence is to ensure that youths get involved in the process of democracy and also in parliamentary process,’’ Omoworare said.

He urged youths, who were ready to throw their hats into the ring in 2023, to join political parties or form new ones, adding that the essence of the “Not-Too -Young To Run’’ Bill would be defeated if the youth failed to run.

He said that youth eligible voter population was still very low, stressing that their turnout on election days had always been abysmally low.

According to him, young persons in other clime volunteer to mobilise eligible voters for registration process for political parties; they canvass for votes and they participate in political parties’ congresses and conventions.

Omoworare urged national, state and local government parliamentarians to inculcate the culture of internship and mentorship for youth with a view to foster an enduring legislative practice.

He said that such would make democracy, leadership, governance, peace- building and legislative strengthening a continuum.

According to him, since youths are coming with fresh ideas, it will stimulate the economy, advance democracy and strengthen the legislative process.

“The involvement of young persons in the democratic and legislative processes will give us a better democracy and opportunity to make Nigeria a greater country,’’ he added.

Earlier in his address of welcome, Dr Vladimir Kreck, Resident Representative of Konrad-Adenauer-Stiftung, a German Foundation funded by the German government, said that its mandate was to promote democratic processes and good governance.

“Following our mandate, there was no hesitation to enter into a partnership with the Young Parliamentarians Forum of the National Assembly and the National Institute for Legislative and Democratic Studies (NILDS) to organise this seminar.

“It is not a secret that today, many young people are dissatisfied with the ruling elites in Nigeria,’’ Kreck said.

According to him, the youth, being the biggest social group of the people in Nigeria, is vastly under-represented in parliaments, government, and committees of political parties.

Kreck, who noted that youth had little or no voice in political decision-making, in Nigeria said that the 2023 elections should give young people a political voice.

The News Agency of Nigeria (NAN) reports that the retreat has in attendance young serving legislators from across the country.

The retreat was organised by the Konrad-Adenauer-Stiftung (KAS) in partnership with NILDS and the Young Parliamentarians Forum (YPF) of the National Assembly.

It has “Youth Alliance – Towards 2023 General Elections’’ as its theme. (NAN)

Our abductors killed some victims, sold their body parts — Student

Our abductors killed some victims, sold their body parts — Student