Nigerian investigative journalist, Kemi Olunloyo, has once again attacked singer, Davido on his choice of marrying his fiancee, Chioma Rowland. 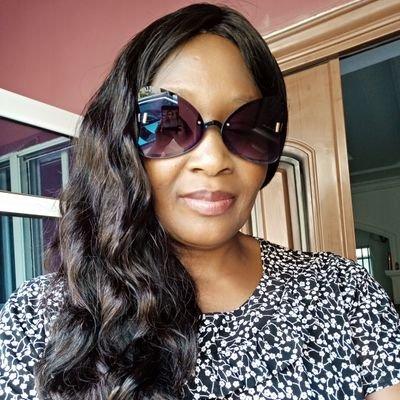 Davido had earlier announced plans to make the relationship between himself and Chioma formal by sealing it with a marriage.

In reaction to the singer’s plans, Kemi who has always been on the singer’s tail dared him to go on with the plane. She further alleged that the singer is secretly married to one Hermadine Salman-Adekeke. 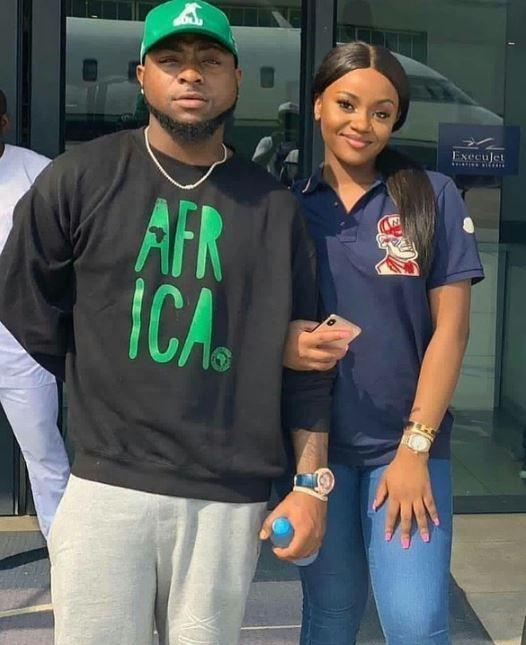 In a Twitter post, the journalist shared a picture of an unknown woman with the caption, “Davido no need to shout. If you dare, pls MARRY CHIOMA ROWLAND NOW. Heard your fans said I won’t sleep for a week. 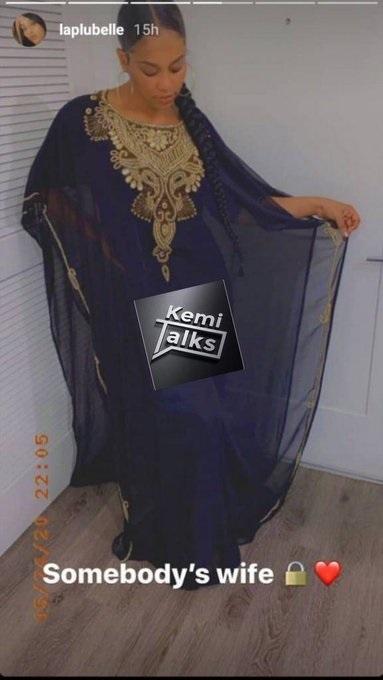 Mystery woman in the photo shared by Kemi Olunloyo

“FEM that ideaShushing face Hermadine Salman-Adekeke will BEHEAD you! Fear that padlock. I have your marriage certificate. You’re already married naw?” 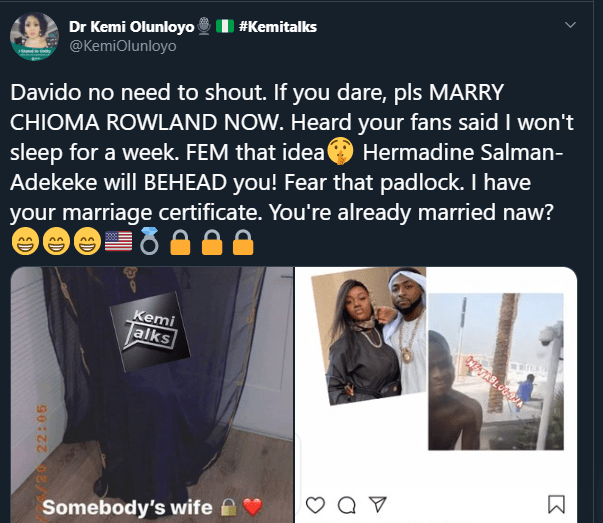 Franklin Ugobude: The Role Of Music In the #EndSARS Protests