Home Entertainment “If I work in my father’s company, I’ll be a billionaire in...
Facebook
Twitter
WhatsApp
Telegram
Email

Nigerian singer, Davido, has said that his brothers are richer than him, noting that if he quits music and works in his father’s company, he would become a billionaire in dollars. 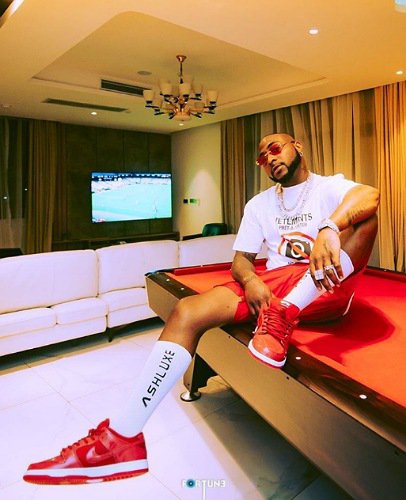 The singer made this revelation in a recent interview with Ebuka on Bounce Radio, during which he talked about his relationship, music and family.

According to the founder of Davido Music Worldwide, he doesn’t depend on anyone for anything.

Speaking during the interview, Davido insisted that he is doing music because he loves the craft, adding that his brother who work in their father’s company are richer than him.

He then noted that he would become a billionaire in dollars if he quits music and starts working in his father’s company.

Lamboginny is Bringing Hope & Positive Energy to Prison Inmates with...