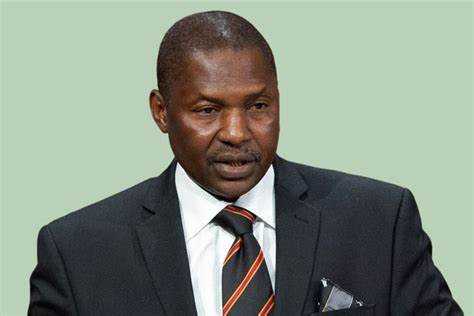 Attorney-General of the Federation (AGF) and Minister of Justice, Abubakar Malami, has said that the issue of pardoning the leader of the proscribed Indigenous People of Biafra, Nnamdi Kanu, is premature.

The AGF said this while appearing as a guest on Channels Television’s Politics Today on Wednesday December 1.

According to him, the trials associated with Kanu have not been concluded and as such the pardon option cannot get on the table just yet. Malami added that the option has not been ruled out.

“Pardon is a function of conviction in the Nigerian context and as far as I know, Nnamdi Kanu has not been convicted yet so the idea of pardoning him is premature.”

When asked if granting the IPOB leader pardon is an option for peace in the South East, Malami said he is yet to assess the security implications of such a decision.