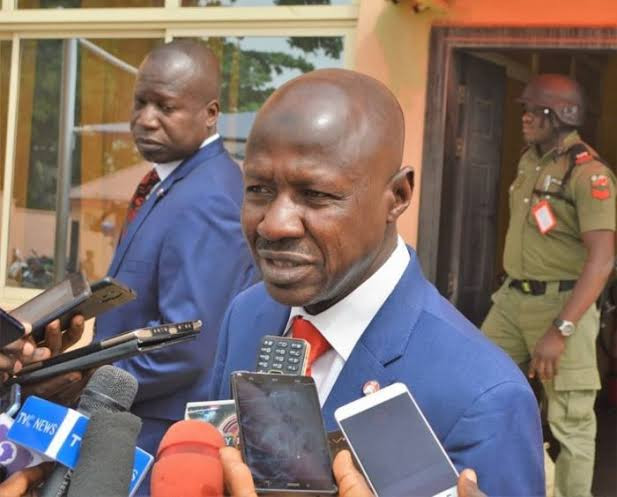 Suspended acting chairman of the Economic and Financial Crimes Commission, EFCC, Ibrahim Magu, has been released after facing a presidential panel in Aso Rock.

His release comes few hours after the Inspector General of Police, Mohammed Adamu denied the police were holding him.

Magu’s lawyers, Tosin Ojaomo Esq had written to the IGP requesting for bail for Magu and the IGP’s office replied in a letter that Magu was being detained on the orders of the presidential panel, headed by Justice Ayo Salami,  probing him for mismanaging recovered loots.

He was arrested on July 6, 2020 by security forces to answer questions by the panel headed by a former Appeal Court judge, Ayo Salami, and had remained in detention since then.