Home National Ibos do not have the tradition of shedding blood or burning down...
Facebook
Twitter
WhatsApp
Telegram
Email 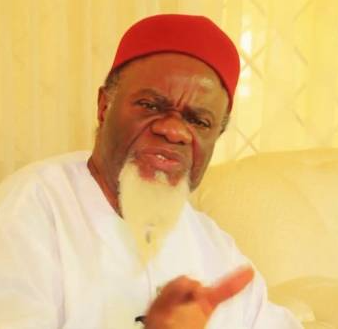 A former governor of Anambra state, Chukwuemeka Ezeife, says the Indigenous People of Biafra (IPOB) and the Eastern Security Network (ESN) are not behind the violent attacks in the south-east as Ibos do not have the culture of killing people and destroying things.

Ezeife said this when he appeared on Arise TV on Wednesday, June 2. According to Ezeife, investigations by the elders in the south-east has shown that the attacks are not carried out by Igbo people. Stressing that killing is not in the character of an Igbo man, Ezeife said;

“Anybody who hears the story will be mad at the story. But who are the people who are burning INEC offices? Who are killing the police? There is the impression that some people, maybe even in the government, are guilty of organizing such things and blaming it on IPOB and ESN. Efforts have been made by our elders of our people to find out the truth and the hands of IPOB and ESN are not there.

I am sure you know that at Owerri prison, there was a lot of devastation and the IG of police blamed it immediately on IPOB and ESN. Even the governor of that state at the beginning thought it was the IPOB and ESN, but now we know that more than 80 percent of people caught by the CCTV footage are not from the south-east or even the east at all.

Now, Gulak is dead. Was it a design again to blow it on IPOB and the ESN? We are learning more now that there is a design to provoke the east. Igbo do not have the tradition of shedding blood or burning down things.”he said