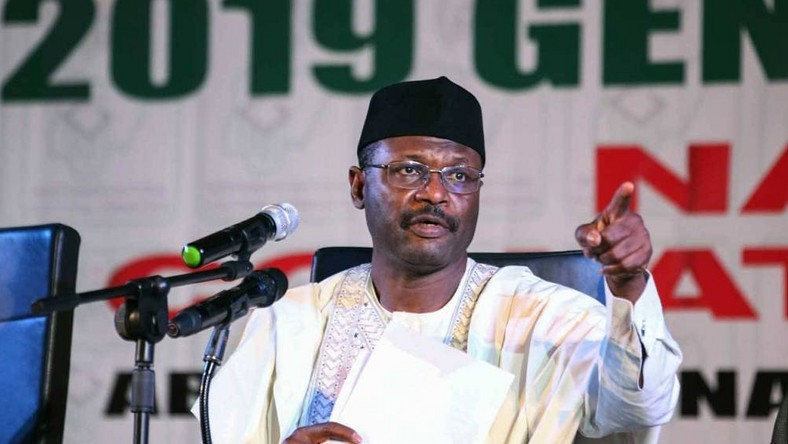 Chairman of the Independent National Electoral Commission (INEC), Prof. Mahmood Yakubu has said that he won’t be contesting in the 2023 presidential election.

In a statement released by his Chief Press Secretary, Mr. Rotimi Lawrence Oyekanmi, the INEC Chairman stated that calls for him to contest are “preposterous proposition” and he won’t be doing that.

He reiterated that he remains an umpire committed to free, fair and credible elections.

“Our attention has been drawn to innuendoes in certain quarters that Nigerians should not be surprised if the INEC Chairman joins the Presidential race or urging him to do so.

“It is a preposterous proposition. It will not happen.

“His constitutional responsibilities as the Chief Electoral Commissioner of the Federation and Returning Officer for the presidential election are onerous enough for him to even contemplate straying into extraneous matters at variance with the law, morality and his personal principles.

“The chairman will continue to discharge his responsibilities without affection for, or ill will against, any political party or candidate.”