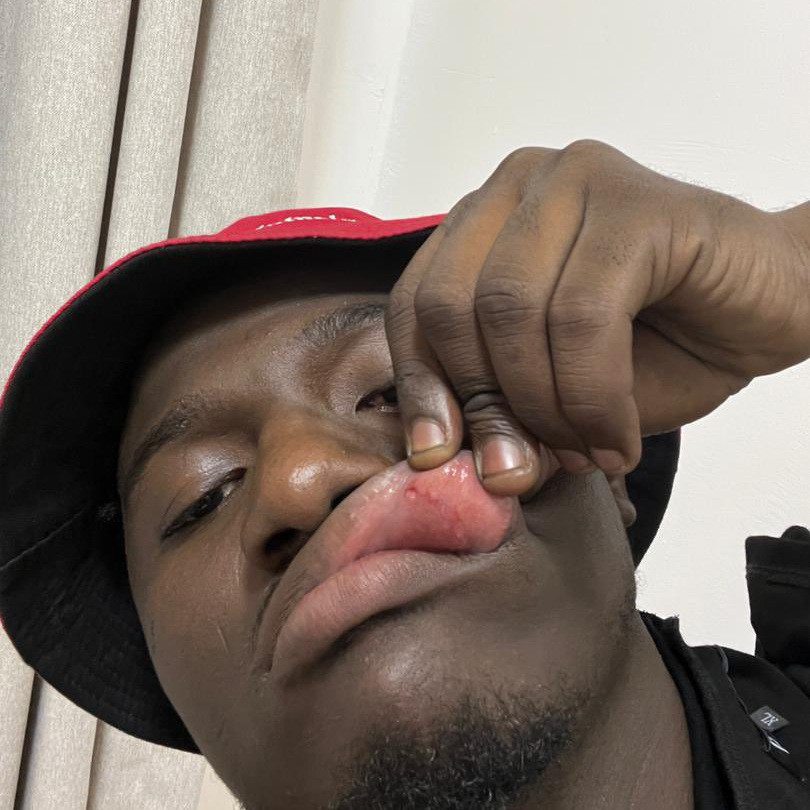 Skit maker, Nasty Blaq has accused officers of the Nigerian Drug Law Enforcement Agency (NDLEA) of assault and he has vowed to press charges.

He recounted how he was stopped by some men while on his way to a location.

He said the men identified themselves at NDLEA officials and they asked him to step out of the vehicle he was in.

He claims he was assaulted after he obeyed and one of the men threatened to shoot him, not minding that he’s a public figure.

He added that he soon noticed the officers were raiding the estate and other young men were assaulted too.

He showed a bruise he sustained in his inner lip following the assault and he called for an investigation into the assault.

He also promised to pursue every legal avenue to ensure those responsible are brought to book.

Read his tweets below. 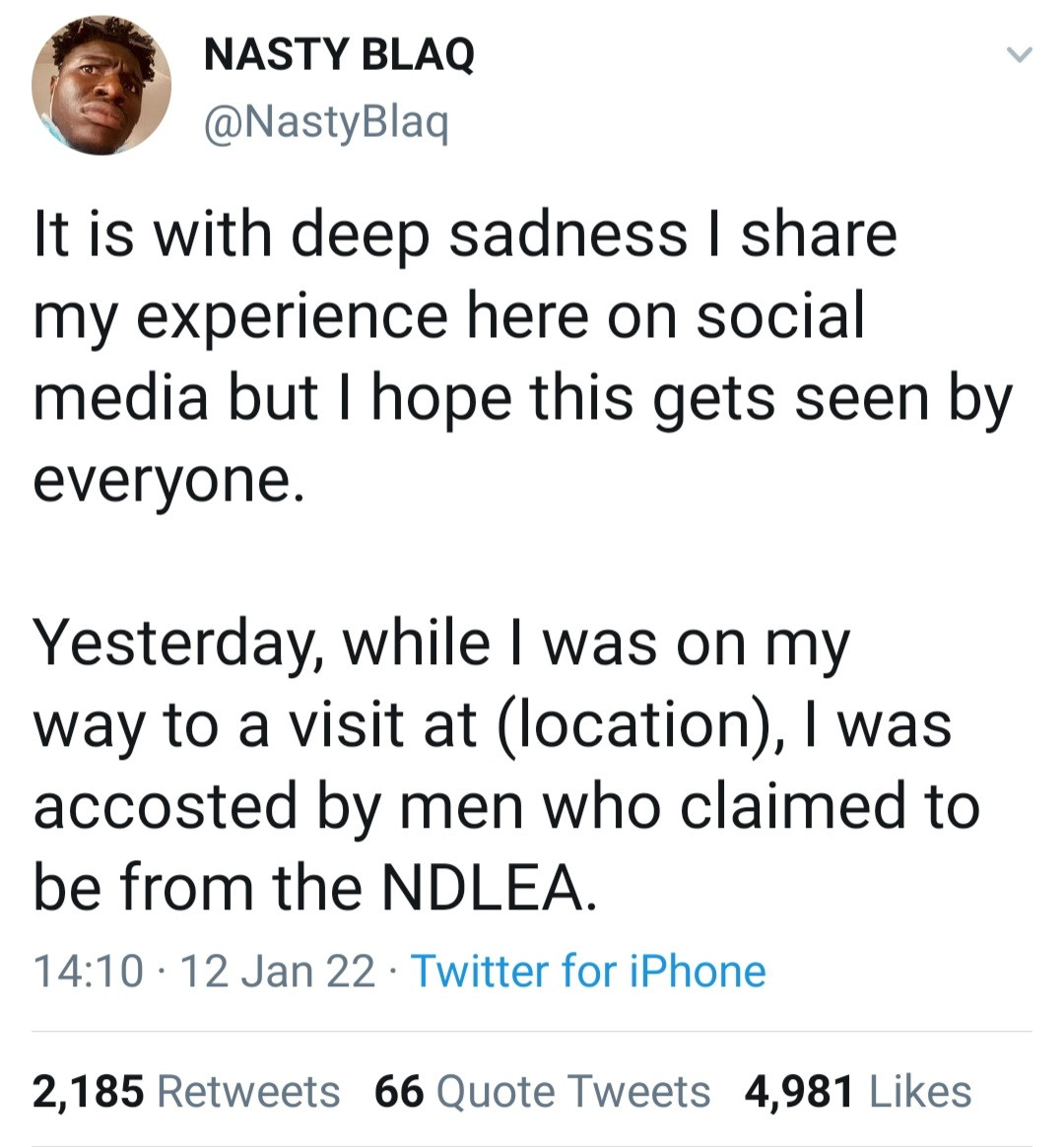 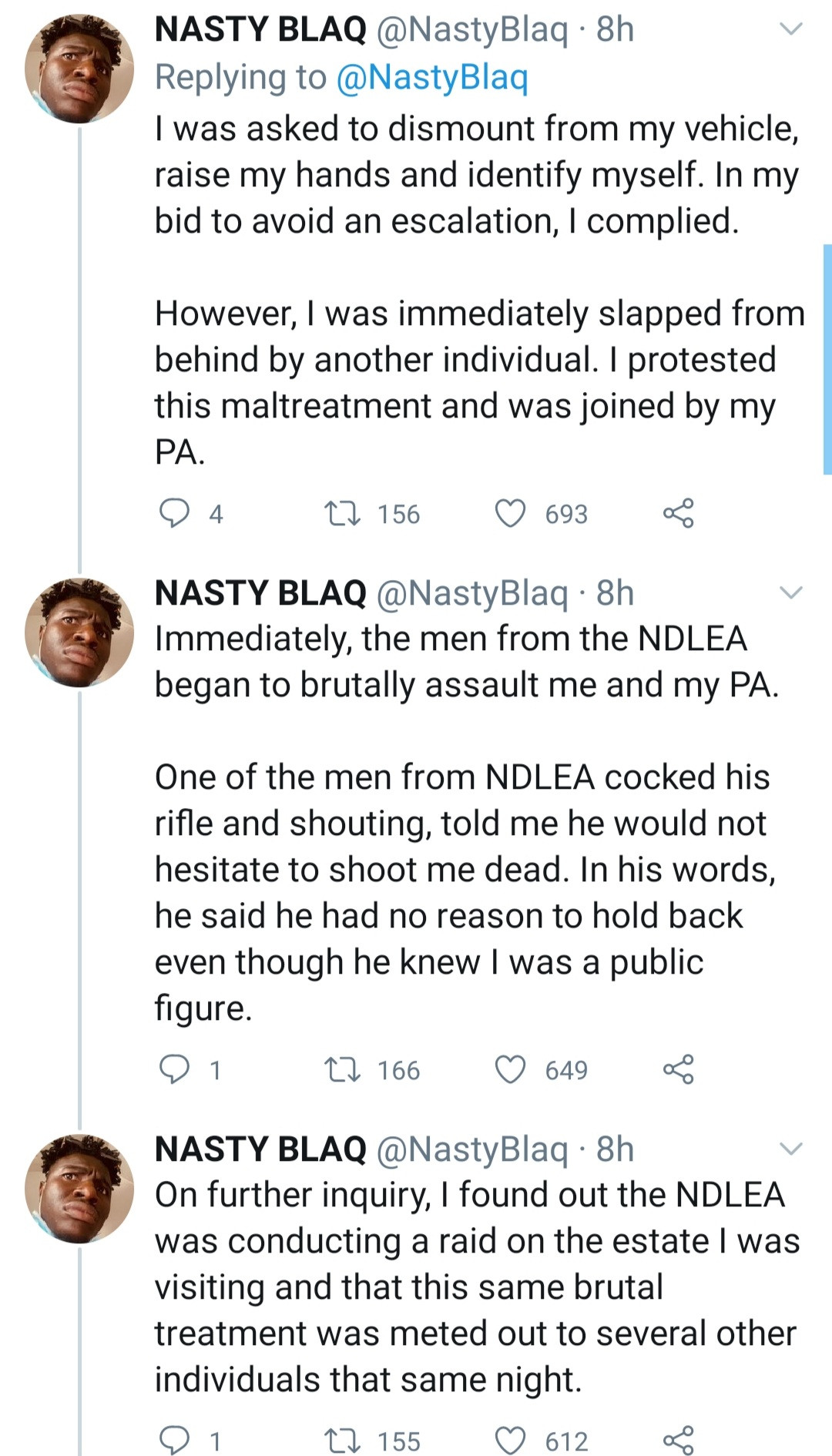 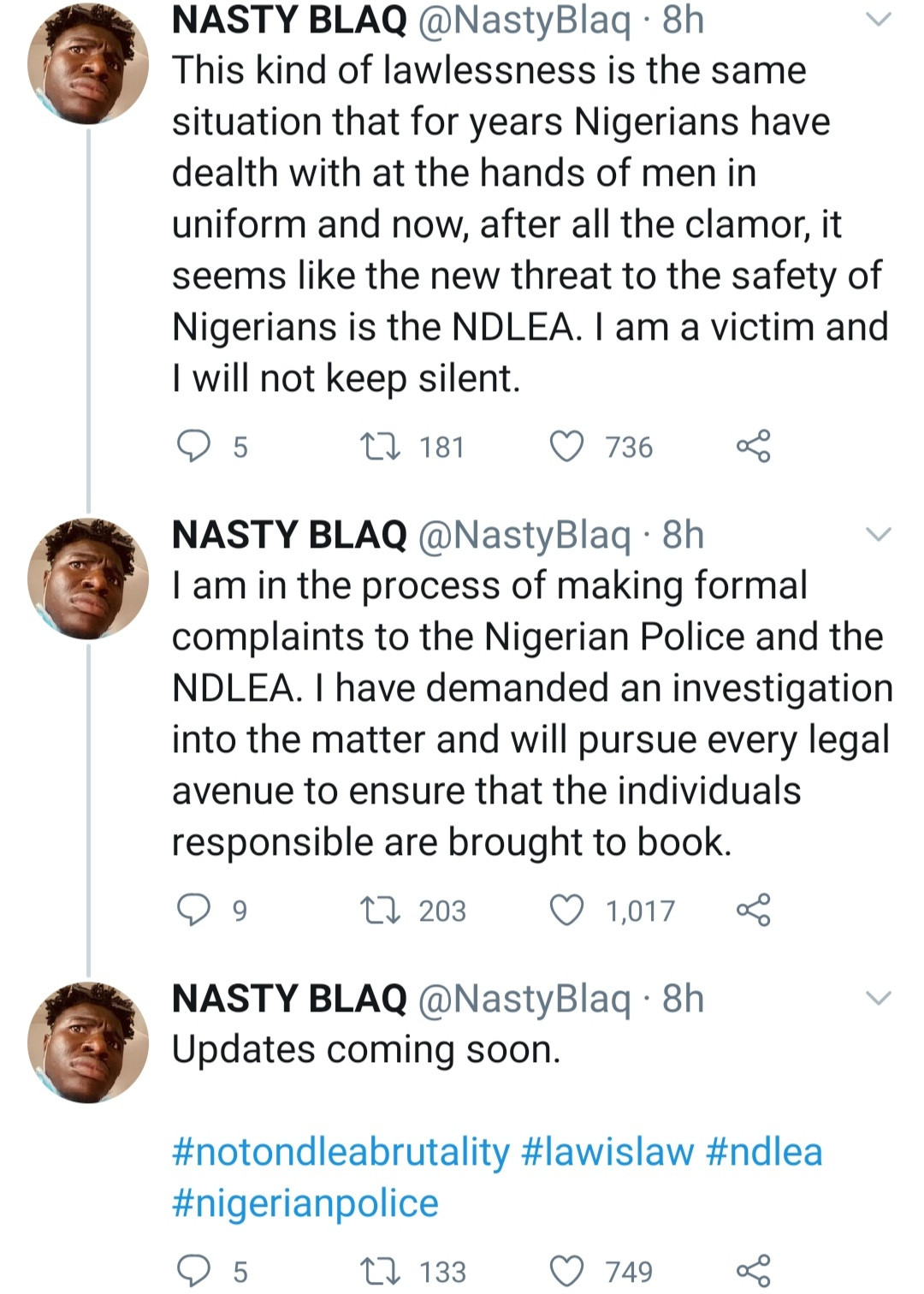 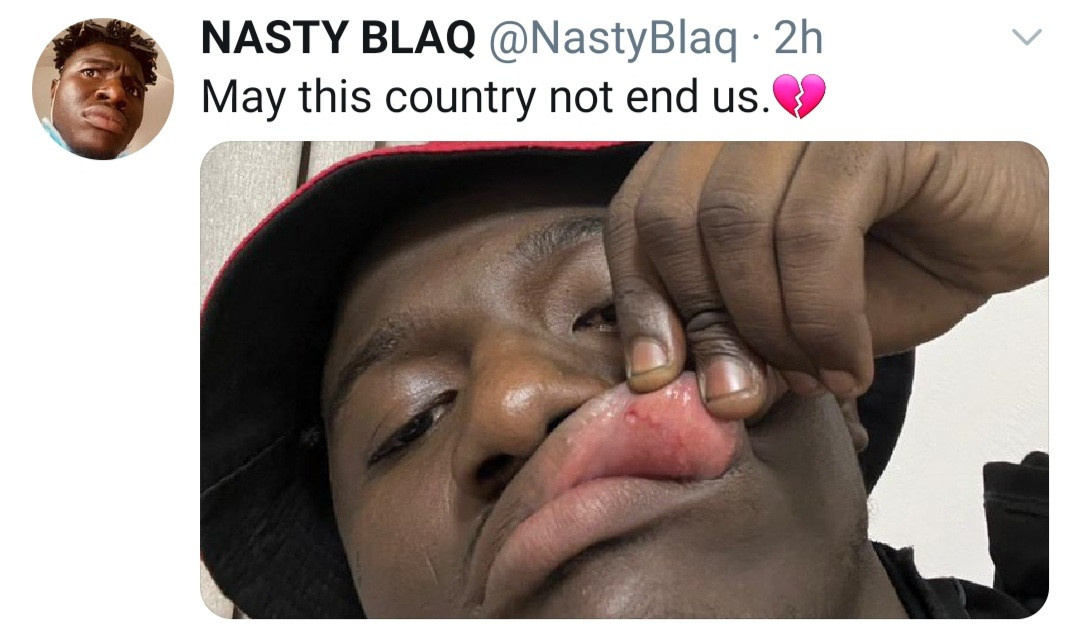 WHO Says COVID-19 ‘Nowhere Near Over’  – Newspot