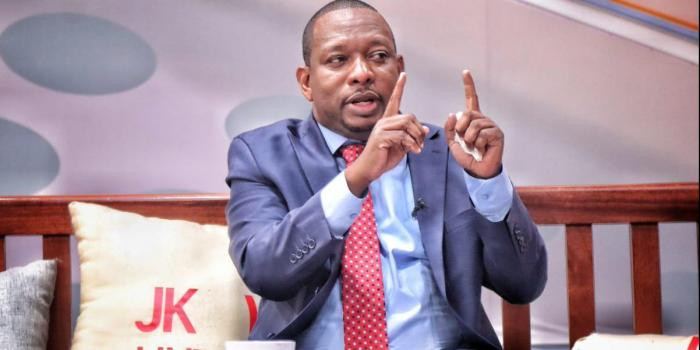 Nairobi Governor, Mike Sonko who signed over his powers to President Uhuru Kenyatta-led national government, has stated that he was tricked into doing so.

Sonko who has been enmeshed in a political battle with insiders and employees at his County government, signed a deed of transfer, surrendering a number of devolved functions, including health, transport and planning, to the national government at State House in the presence of President Uhuru Kenyatta last March. 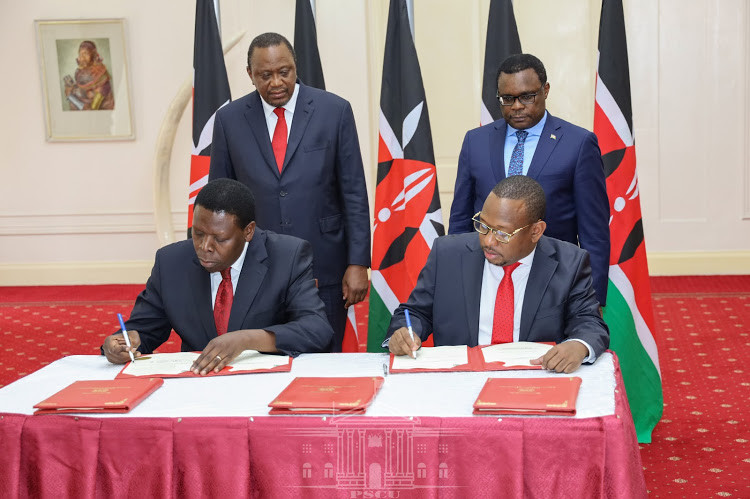 Sonko who has been trying to disown the transfer of functions said on Thursday night, that he was tricked into taking too much alcohol just before he signed the document. He added that by the time President Uhuru Kenyatta showed up to witness the transfer, he had totally lost his cognitive ability.

Speaking in an interactive session with his followers on Facebook, the Nairobi Governor said;

“I was not sober (when I signed the bill). Hawa watu wa State House waliniconfuse na pombe kwanza (some people at State House confused me with some alcohol) by the time I was meeting the President for the signing I was just seeing zigzag.”

He also affirmed that even though he was drunk,  he still signed the document out of respect for President Kenyatta.

“However, even if I was drunk, I had to sign because of the respect I have for the President and also both of us meant well for you the Great people of Nairobi.”

The outspoken governor also said he would consider revoking that contract with the constitution.