Home Entertainment “I want to see Davido, Burna, Wizkid do a song together before...
Facebook
Twitter
WhatsApp
Telegram
Email 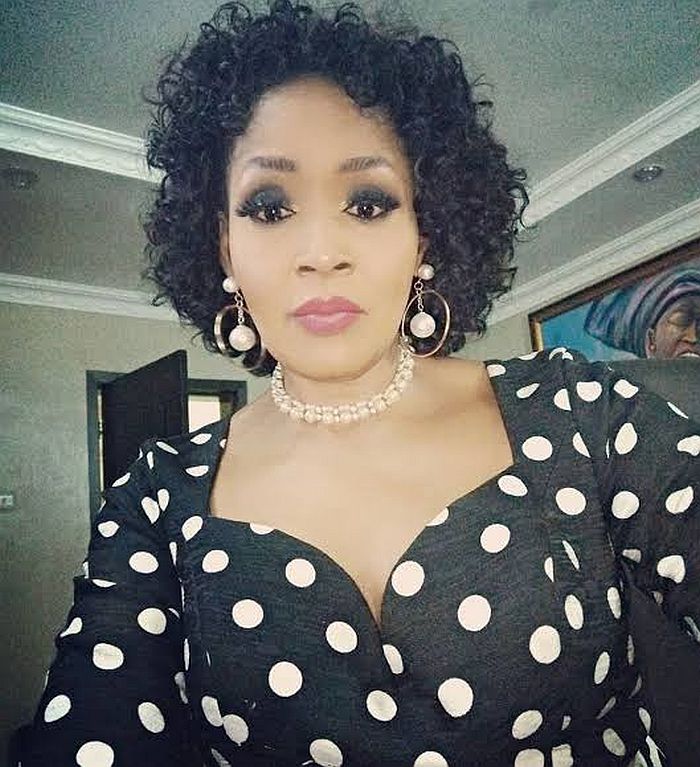 Taking to Twitter, the controversial journalist emphasized seeing the three biggest music acts in Nigeria perform on a track together before she passes on.

It is however a known fact that Burna Boy and Wizkid are not in a good term with fellow singer, Davido, which makes Kemi Olunloyo’s wish an almost impossible request.

“I wanna see Davido, Burna and Wizkid do a song together before I die. I’ve been a music journalist 27 years among other news beats, a music publicist and a Canadian Grammy Judge. When I die, that song must be played at my funeral reception. I will be so proud as an Angel. DO IT,” she wrote. 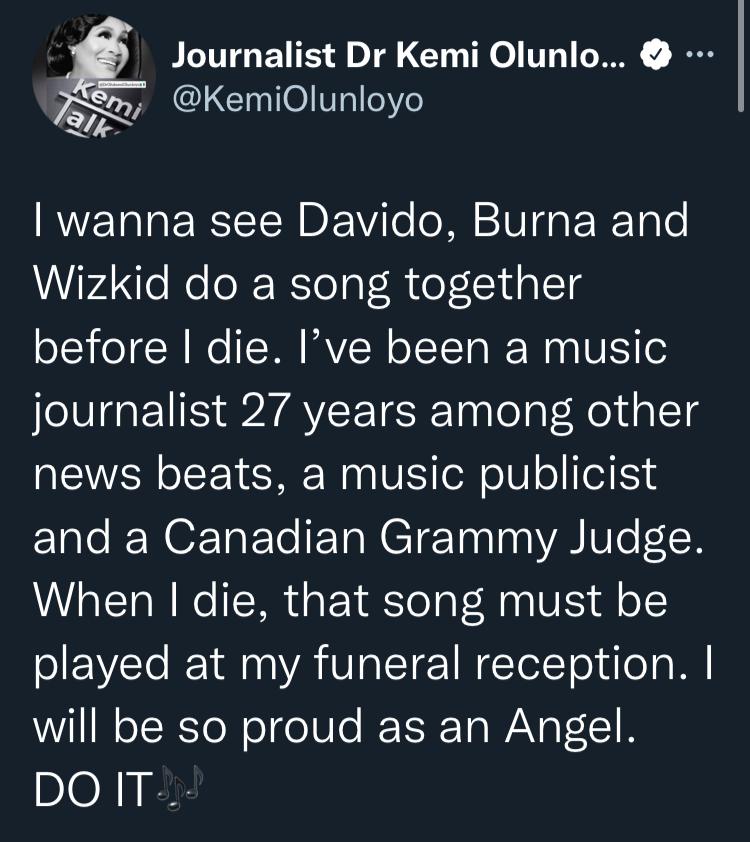 Man Utd to give Ralf Rangnick a say over next permanent...