Self-styled Nigerian Investigative Journalist, Kemi Olunloyo has said it is an insult for anyone to write “Mrs” beside her name. 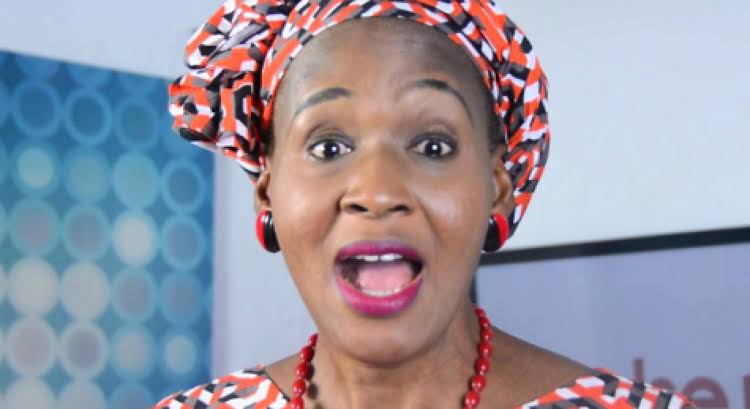 The controversial social media personality made this known in a recent tweet she posted via her verified Twitter page over the weekend.

While emphasizing on how much she’s irritated by people attaching Mrs. to her name, the news personality revealed that she had once slapped someone for that.

In her words, “Did you know that it’s an insult to write ‘Mrs’ beside my name? I once slapped someone in real life who did.

“Some of you women think it’s a trophy title. It’s not”, the controversial investigative journalist wrote on Twitter while schooling her followers. 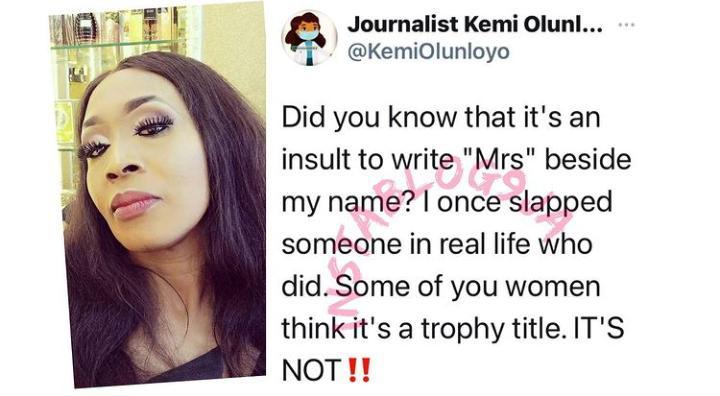 “Get your bag mama”- Rapper Young M.A reacts to Davido’s and Mya saga