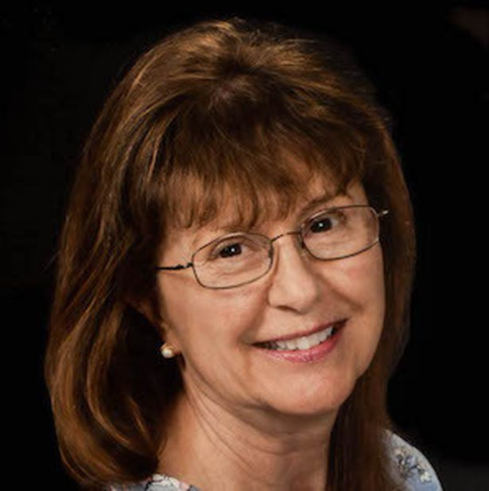 An author who was placed in an induced coma for 3 weeks has claimed she went to heaven and hell while unconscious.

Kathy McDaniel had been placed on a ventilator after suffering lung failure and medics feared she wouldn’t make it.

Before putting her into an induced coma, the last thing the doctor told her was to go to sleep and that she wouldn’t remember a thing.

When she woke from the three weeks drug-induced coma, she described waking up in a “dangerous, foreign realm”.

There she encountered ”tormenting demons, aborted babies and she said she was even abused by a group of men who told her they had AIDS.”

But she then described “bursting into heaven” which was “bliss like no other”.

And 22 years later, she has now published a book called Misfit in Hell to Heaven Expat. 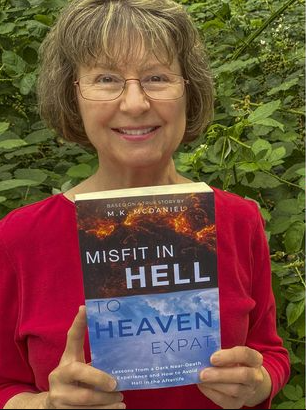 Kathy, now 75, told the Daily Star: “My memoir traces my family history, mostly British with a bit of Irish, to my distressing near-death experience in 2000, on to the present, where I continue sharing heaven’s message that no one need go to hell.”

This week, she spoke about her near-death experience on The Skeptic Metaphysician podcast.

She described waking up in darkness before a reddish glow appeared.

Kathy, who lives near Seattle, Washington, added: “But then it got kind of misty and foggy and warm and something smelled bad and then I started hearing these little moans and shrieks in the background as it got lighter.

“I thought ‘that can’t be good’ and then all of a sudden this voice booms out saying ‘Do you know where you are?’

“My mind was racing and the only thing I could come up with was ‘hell’ and this horrible laugh came back to me. I turned and I ran into the darkness.”

Kathy then said she found herself suddenly jumping into different scenarios – each one scarier than the last.

One of the worst was being in a hallway with a demon who told her that she needed to grab what was behind one door and take it into the next.

She explained: “He [the demon] stood there with his arms across his chest and pointed. I went into this room and there were all these gurneys with women lying on them and they had gowns over them and their legs were sprawled.

“There were people on stools sitting in front of them going between their legs. All of a sudden this doctor raises his hand, it’s all bloody and stuff and he said ‘get over here’.

“They were doing abortions, so he takes this poor little desecrated baby and what was left of it and put it in my arms.

“I was completely shocked, I was a pro-lifer on earth.”

The demon then told her to take the baby out into the other room.

She added: “It was this huge Costco warehouse and there were piles and piles, 10 to 15ft tall, of all these aborted babies.

“It was too horrendous for me and I couldn’t stand it. I put this little thing down and went back into the hall and he said ‘get back in there’.

“I said ‘I’m not going back, I’m not doing that’ and he just smiled and said ‘you’re asking for something worse’.”

Kathy then remembered closing her eyes in fear before being pushed into a different scenario.

She said her time in the hellish realm felt like two years.

That’s when she suddenly “burst into heaven”.

She recalled: “It was like swimming in love. Everything you can think of that’s wonderful times a million.

“I was just so happy that everything that had happened before was gone. I was just in this bliss of happiness.”

Kathy said her friend – who she’d recently taken care of before he died of leukaemia – was standing there.

She added: “I thought ‘thank God I’m dead, I’m in heaven with him and this is great. Where are the angles and butterflies and stuff?’

“He said ‘now Mary K you have too much left to do’ and I thought ‘oh no they are throwing me out’.

“I just said ‘no’ at the top of my lungs. I said I want to stay here with you and that’s when he threw me out and boom, I woke up and there’s bright light, these people are milling around and I think ‘oh my goodness I’m back in hell’.

“I was so confused and my daughter said ‘mum you’ve been really sick and we thought we were going to lose you and you’re back and you’re fine’.”

Kathy was told it was a “miracle” she was still alive – but she said she was initially devastated after leaving heaven.