The Deputy Governor of Edo State, Mr Philip Shuaibu, has disclosed that he has a problem with the immediate past governor of the state, Comrade Adams Oshiomhole, following his handling of situation rocking the All Progressives Congress (APC) at the moment.

Mr Shuaibu stated this while appearing as a guest on Newspot’s Politics Today.

He argued that his issue is not with the ruling party, but with the suspended National Chairman of the APC.

“I suffered to build APC if I look back and see what I have laboured for. But what I am happy about is that I am happy to consolidate and make history on the issue of godfatherism in Edo State”.

Speaking about his experience in the camp of the Peoples Democratic Party, Mr Shuaibu said there is a bureaucratic process in the opposition party which makes operation flow better than in the APC.

“One thing I found in PDP is that they have a way of quickly resolving issues, what I have seen with them is completely different from where I am coming from (APC),” the deputy governor stated. 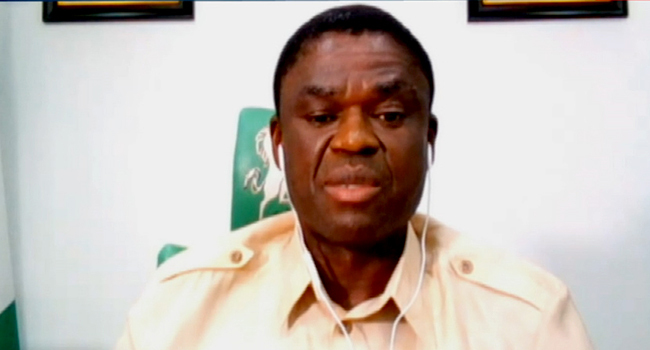 Malami reacts to ‘purchase of N300m house for son,’ wedding

Malami reacts to ‘purchase of N300m house for son,’ wedding