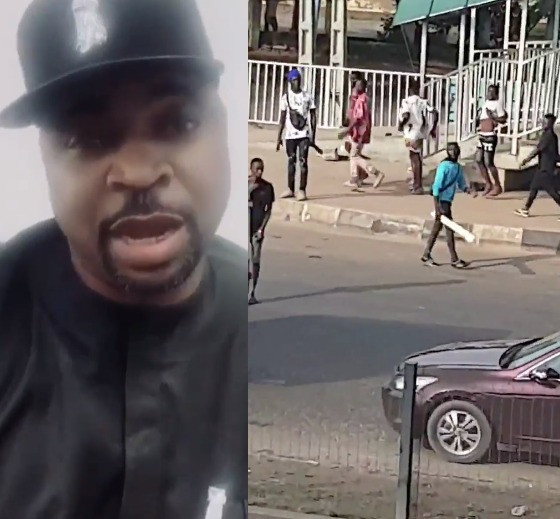 Shortly after the incident, some Nigerians came online to accuse MC Oluomo of sending the thugs.

However, in a video he shared on his IG page, MC Oluomo who spoke in Yoruba, said he knows nothing about the thugs. He said

Why will I a good citizen send thugs to attack #EndSARS protesters that all of us are in support of? I even posted about EndSARS on my page on the 11th of this month.

Please, those who went there, I don’t know them at all.”

President Buhari Promises To Deal With Bandits In Nigeria Without Mercy

South Africa Aims To Vaccinate One Million By End Of March...