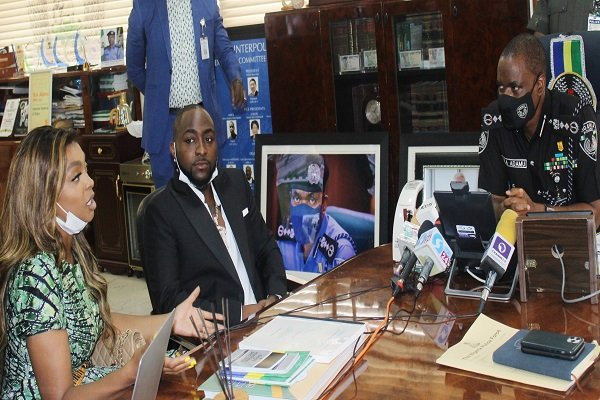 Davido has dismissed claims that he denied participating in the End SARS protest in Abuja.

The singer had a brief meeting with Nigerian Police Force spokesperson, Frank Mba, on Monday October 12. While speaking with Mba, Davido said he doesn’t want to have a closed-door meeting with the police. Mba responded saying

In a statement released on his social media handle this night, Davido said his comment was taken out of context as he wasn’t denying that he protested.

See the statement below 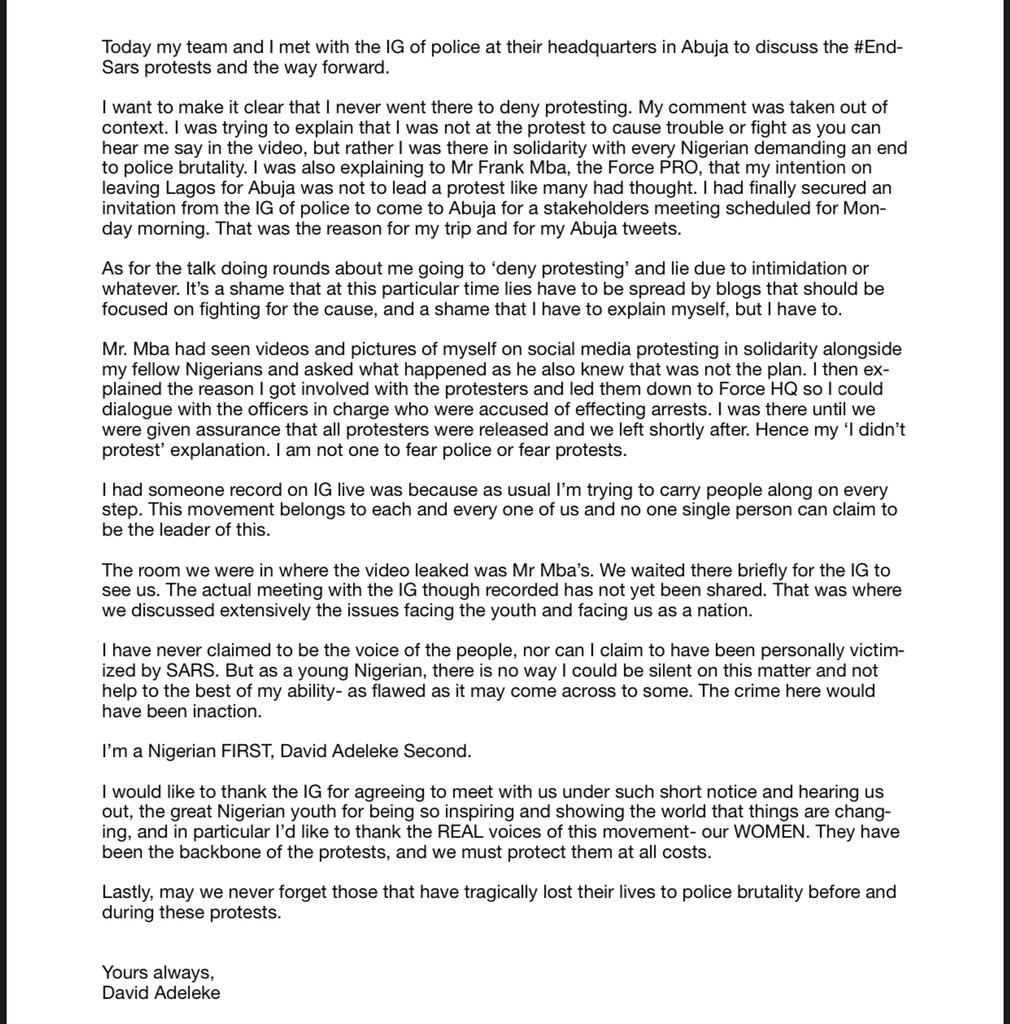 African feminists are hypocrites. They want to enjoy equality and also be taken care of by men- Activist Deji Adeyanju