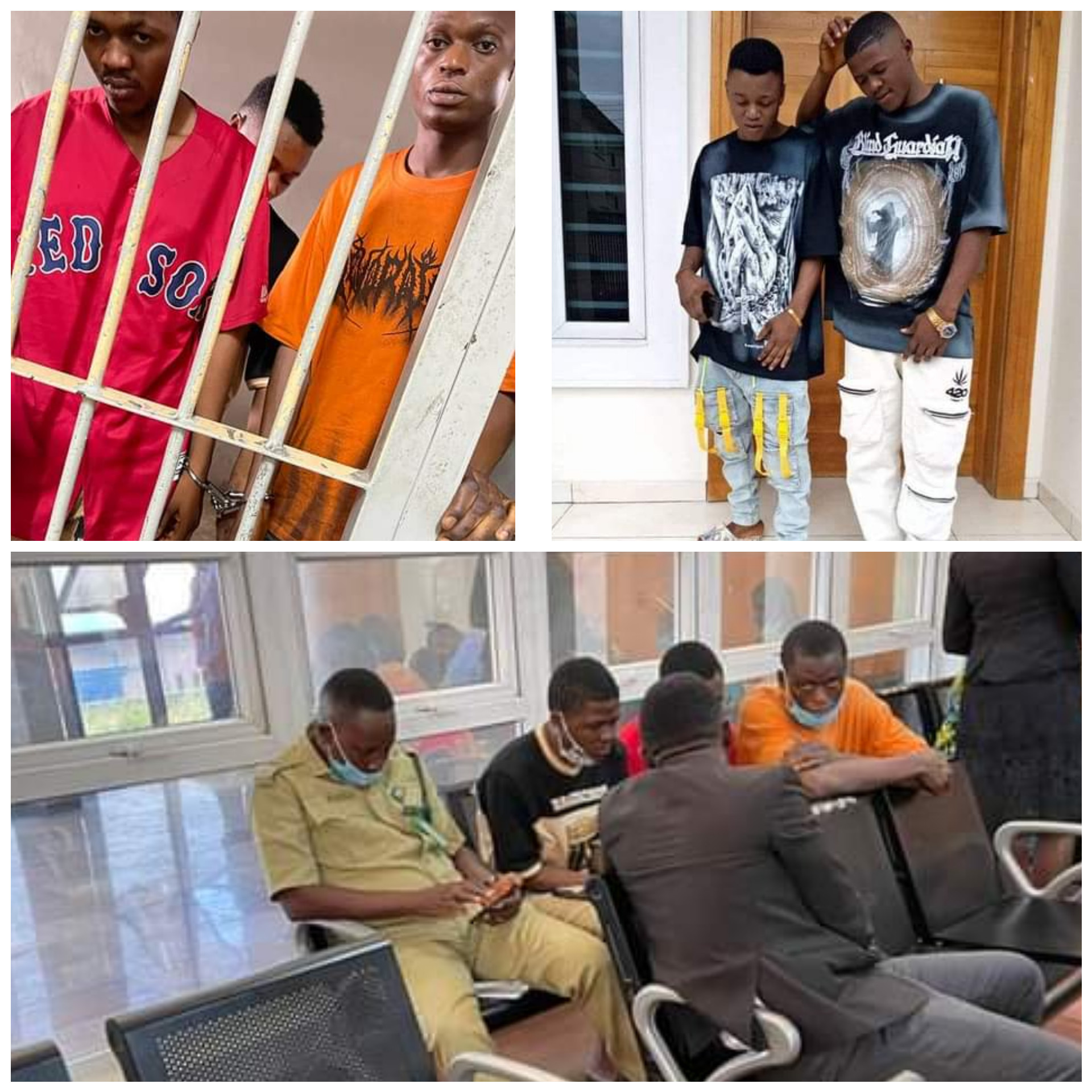 Nigerian investigative journalist and publisher, Fejiro Oliver, has said that he has forgiven the young men who allegedly stole $15,000 from him and wants charges against them dropped.

According to Fejiro, two of the suspects who are gate men in a house in Lekki area of Lagos, broke into the apartment he stays in Lekki, tore his travel bag and made away with his $15,000 (N8.5M) around.

Three of the suspects were tracked down to Benue State and arrested. They are currently facing trial in a Lagos court.

“The apartment manager came around alongside policemen to other apartments where the thieves’ colleagues are security men only to discover that the five of them had suddenly disappeared that night,” Fejiro narrated a day after the incident.

“The five Benue boys switched off their phones. One of them is Stephen Oche. Their guarantor, Abraham also bolted away that night, apparently after being told by Isreal of his new found fortune.” he added.

Taking to Facebook on Tuesday, April 26, Fejiro said that he had been jailed while fighting corruption and doesn’t want same fate for the suspect.

He also disclosed that he will set the boys up in a petty business or find a way to get them gainfully employed.

“$15,000 theft… Letting Go. I have seen the four walls of the prison in the North and South while fighting the government and corruption,” he wrote.

I have been behind bars. I have slept in the dreaded Alagbon cell. All not for crime committed but fighting for humanity

My $15,000 was stolen by five boys and I spent over N2M to get three tracked and arrested from Benue to Lagos State.

They have been cooling in prison since. But they are young. They can reinvent their life for good. They can be better for the society. When I keep them there, my heart still pricks.

Nigeria is hard but not enough to steal from another man. I could see the pains in their eyes yesterday in court. I saw regrets in their soul as they watched proceedings in the dock

No man should stay in prison and it shouldn’t be teenagers unless they murder, rape or commit heinous crime

I will be letting go. I will meet with them. I will also set them up in petty business or find a way to get them gainfully employed. They deserve a new lease of life

Freedom is the first need of man and if I fight for it, I should prove it though painfully. It’s #MoneyLostNOTlife I let go. 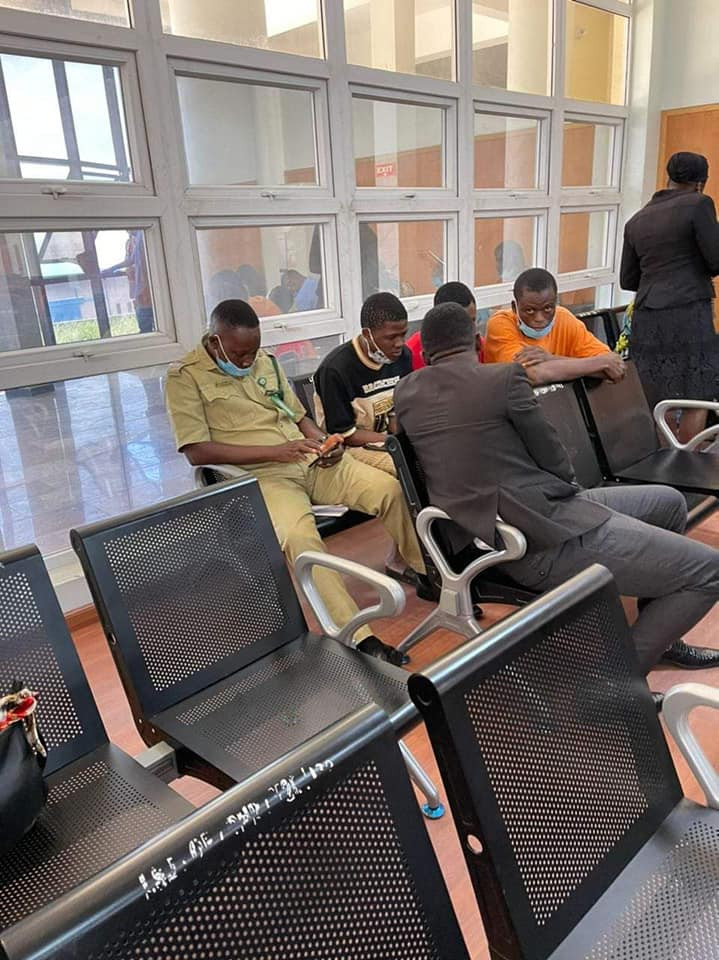 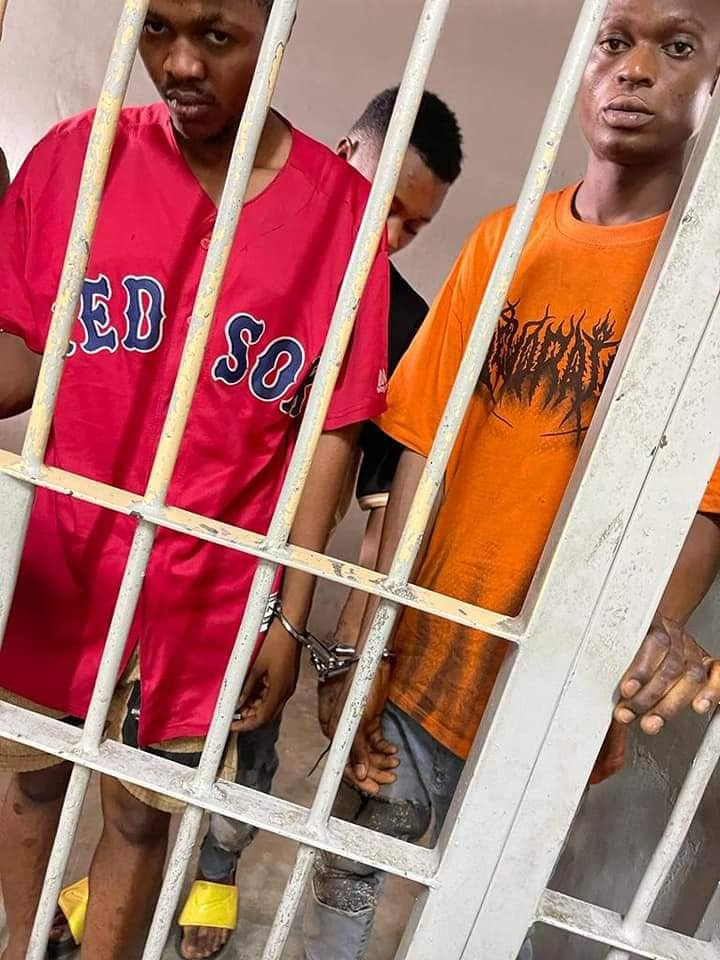 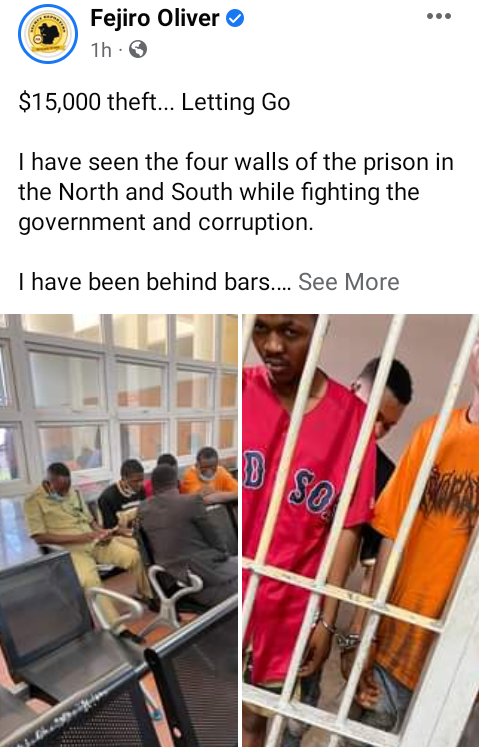 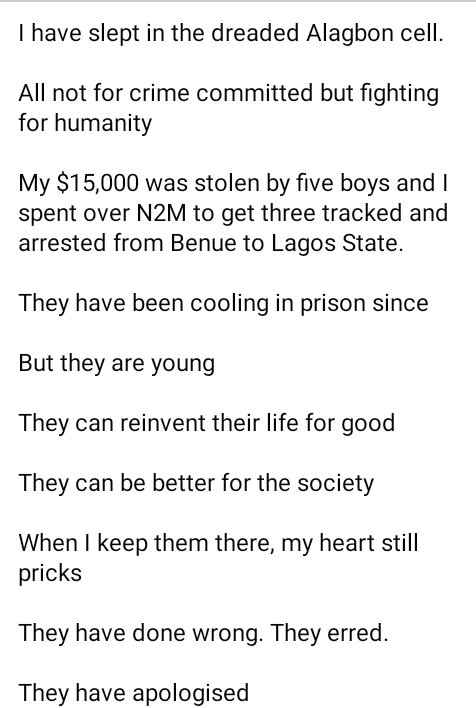 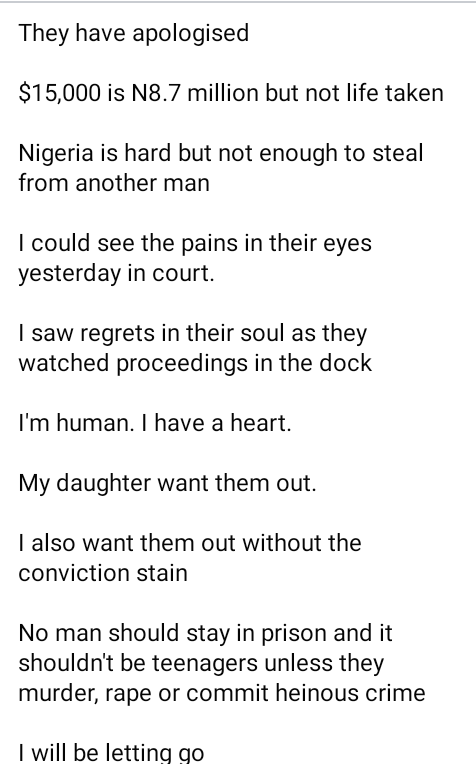 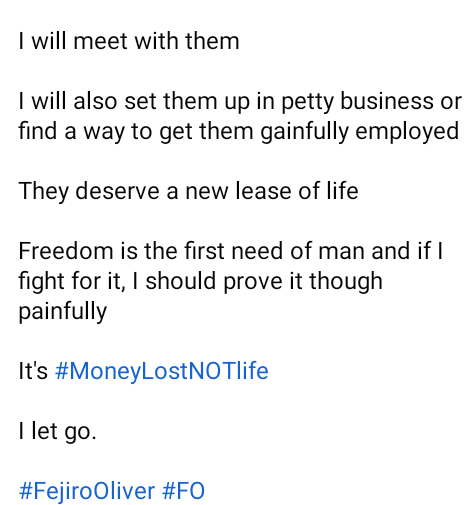