Former Senator representing Kogi West Senatorial district, Dino Melaye has reacted to a Snapchat video posted by curvy Instagram model, Roman Goddess, as she visited him in a hotel. 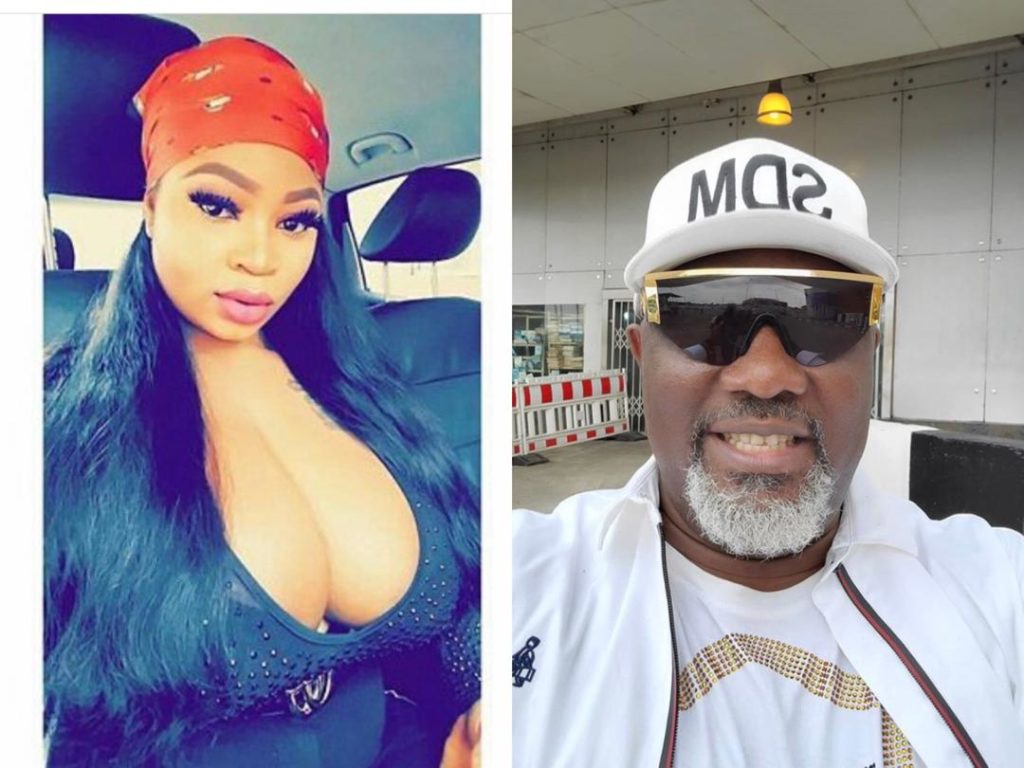 Roman Goddess described Dino Melaye who was seen pouring her a drink as her “Uncle and Daddy“.

“I came to see my uncle. daddy Dino” she wrote.

“Roman or Greek goddess + instablognja make una begin pay for using my name for lies and propaganda. You! Anti I’m not your uncle oooo…from where to where now. Even in the beer parlour there is ‘seniority’. Kia picanto no fit pull macopolo. Burger no be monkey food. SDM.” he wrote. 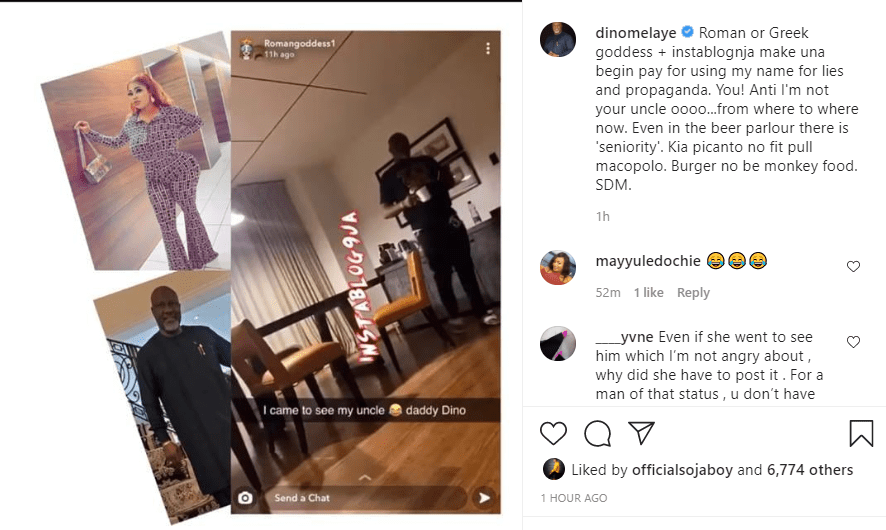 Chioma Ozoemelam: Here’s What You Can Do When Your Child Develops a Fever