Home National I am not above the law and neither does joining APC give...
Facebook
Twitter
WhatsApp
Telegram
Email 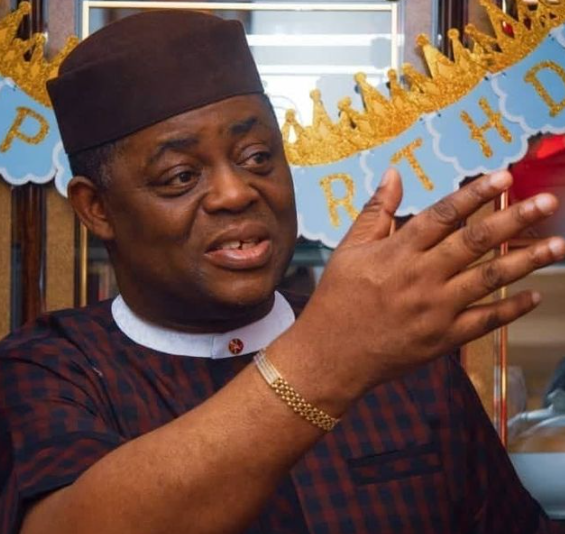 Former Aviation Minister Femi Fani-Kayode has fired back at those mocking him over his time at the EFCC office.

On Tuesday, rumor was rife online that he had been arrested by the EFCC for the alleged forgery of a medical report.

He however came online later in the night to dismiss claims that he was arrested. He posted photos of himself arriving a hotel in Abuja for dinner. He mentioned that he was invited for a chat and was later granted bail by the EFCC operatives.

Some IG users questioned why he was granted bail if he was invited for a chat. They insisted he was arrested by the antigraft operatives. They also mocked him for being ”arrested” despite joining the ruling APC.

In an apparent response, FFK on his Instagram page this morning, wrote;

”I pity those that said I was arrested. They are filled with hate & live on fake news. Since when did an invitation & a friendly chat become an arrest? And even if I had been arrested, SO WHAT? I am not above the law & neither does joining APC give me immunity. My God is MIGHTY!”

Astronomers Have Discovered the Reason Behind the Mysterious Lack of Massive...