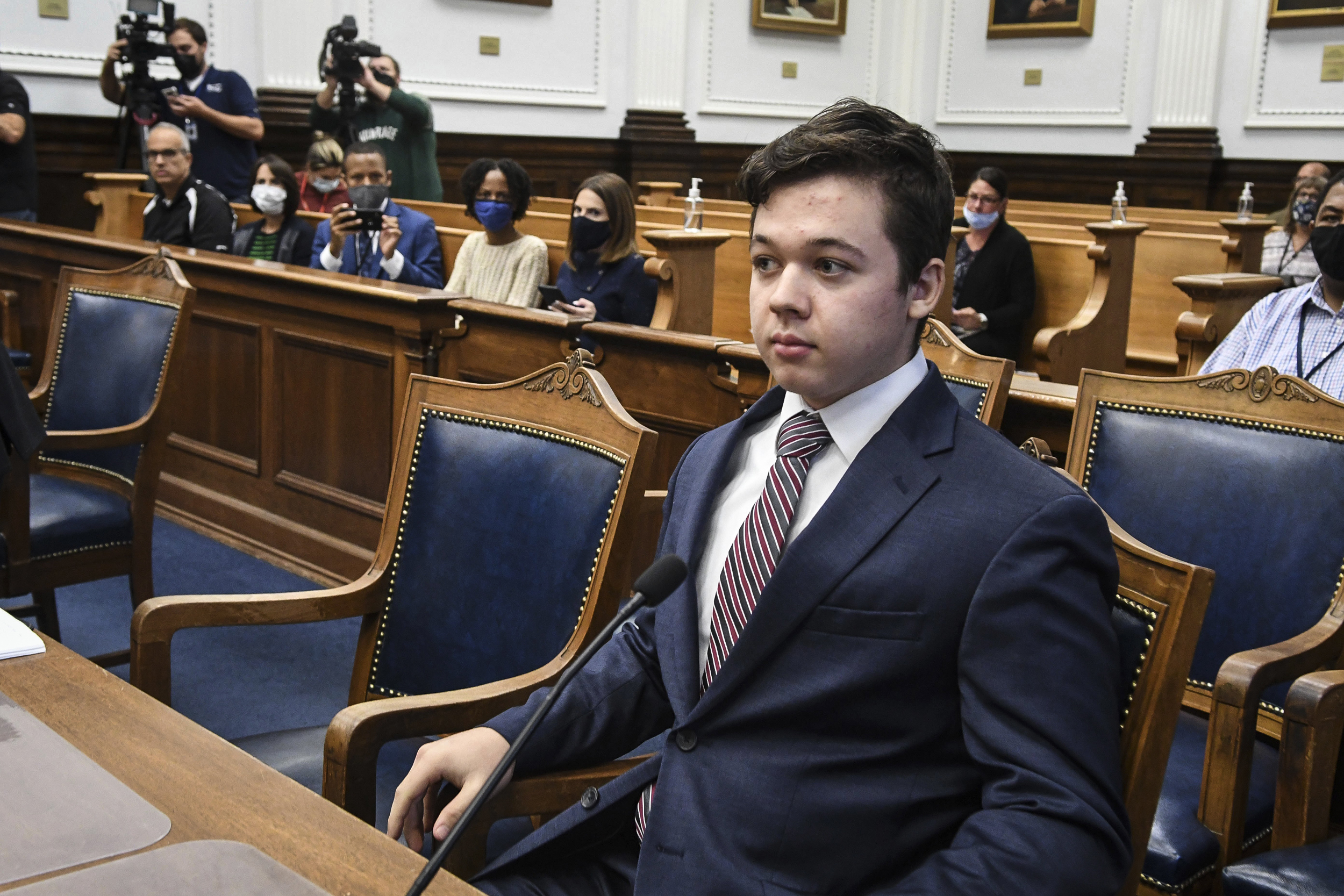 Attorneys for Kyle Rittenhouse, who is charged with fatally shooting two people during a protest in Wisconsin last year, argued hunting laws allowed the teenager to carry the assault weapon used during the shootings.

Wisconsin law prohibits anyone under age 18 from being armed, however, Rittenhouse’s attorneys argued state laws only forbid minors from carrying short-barreled rifles and shotguns. The other prohibitions pertaining to children fall under hunting laws, which say children under the age of 12 can’t hunt with guns, Rittenhouse’s lawyers said during a hearing Tuesday.

Rittenhouse, of Antioch, Illinois, was 17 on Aug. 25, 2020, when he fatally shot two men and wounded another while carrying an AR-15-style semiautomatic rifle at a protest prompted by a police shooting of a Black man, prosecutors have said.

“There appears to be an exception for 17-year-olds,” said defense attorney Corey Chirafisi, the Chicago Tribune reported.

Assistant District Attorney Thomas Binger responded that if the defense wants to tell a jury Rittenhouse was only hunting, they should do so.

“They can submit evidence that the defendant had a certificate to hunt and he was engaged in legal hunting on the streets of Kenosha that night,” Binger said, according to the newspaper.

Binger declined comment Wednesday. Chirafisi could not be immediately reached.

Rittenhouse is charged with homicide, attempted homicide and being a minor in possession of a firearm.

Judge Bruce Schroeder denied a defense motion to drop the weapons possession charge against Rittenhouse. Schroeder said that state statutes were “unclear,” and that he wanted to review the laws and could revisit the matter later.

On the night of the deadly shootings, Kenosha was in the throes of several nights of chaotic protests after a white police officer shot Jacob Blake in the back during a domestic disturbance. The shooting left Blake paralyzed below his waist.

The high-profile case is considered a touchstone during the summer of protests in 2020 following George Floyd’s death in Minneapolis police custody.

The teenager’s case has proved polarizing. Rittenhouse has been hailed by some conservatives and advocates of gun rights for standing up to protesters. His supporters raised $2 million for his bail in November 2020. Critics have called Rittenhouse a domestic terrorist who exacerbated a volatile moment while acting as a vigilante.

Rittenhouse left his home and traveled to the Kenosha protest after a local militia posted an online message seeking help protecting businesses from demonstrators, prosecutors said.

Also on Tuesday, John Black, who Rittenhouse’s lawyers said is a use-of-force expert, spoke about how Rittenhouse used self-defense in the shootings.

Black testified that video shows Rosenbaum chasing Rittenhouse and reaching for the teenager’s gun, Huber attacking Rittenhouse with a skateboard and trying to wrestle away his gun, and Grosskreutz running at him with a pistol in his hand.

“A citizen in that position, given those indicators, would it be reasonable for them to believe they were about to be assaulted?” Black said. “I would argue yes.”

Rittenhouse’s lawyers want Black to testify at his trial. Schroeder refrained Tuesday from ruling on the matter.