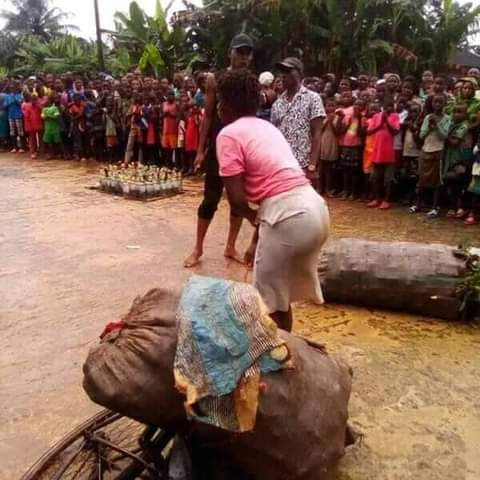 The vigilante group was set up in 2016 following the increase in crime rate and failure of security agencies to tackle insecurity in Rivers state. 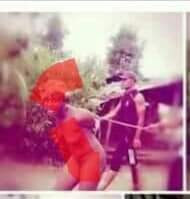 “We condemn the stripping of miss Comfort Eze naked by suspected OSPAC members in Ovogo in Emohua Local of Rivers State for allegedly stealing cassava.
We demand the immediate arrest of the perpetrators of the cruel and inhumane act against Miss Comfort. The Authority of Emohua LGA must ensure EMOLGA OSPAC operates within the confines of the law” the statement reads.

The group also condemned the alleged killing of a mother of five Mrs Victoria Ibrahim by OSPAC.

It was gathered that Mrs. Victoria Ibrahim was allegedly shot dead by OSPAC members in Rumukpe in Emohua Local Government Area.

“We condemn in strong term the shooting to death of Mrs Victoria Ibrahim mother of five by alleged OSPAC members in Rumukpe in Emohua LGA. We call on Authority of Emohua LGA, Police Authority in the State to immediately arrest the perpetrator(s) of the crime.
We have also heard from the family of the deceased,”

The human rights group called on the Emohua LGA council to ensure EMOLGA OSPAC operates within the confines of the law, adding that it is working with the family of the deceased to ensure that both women get justice. 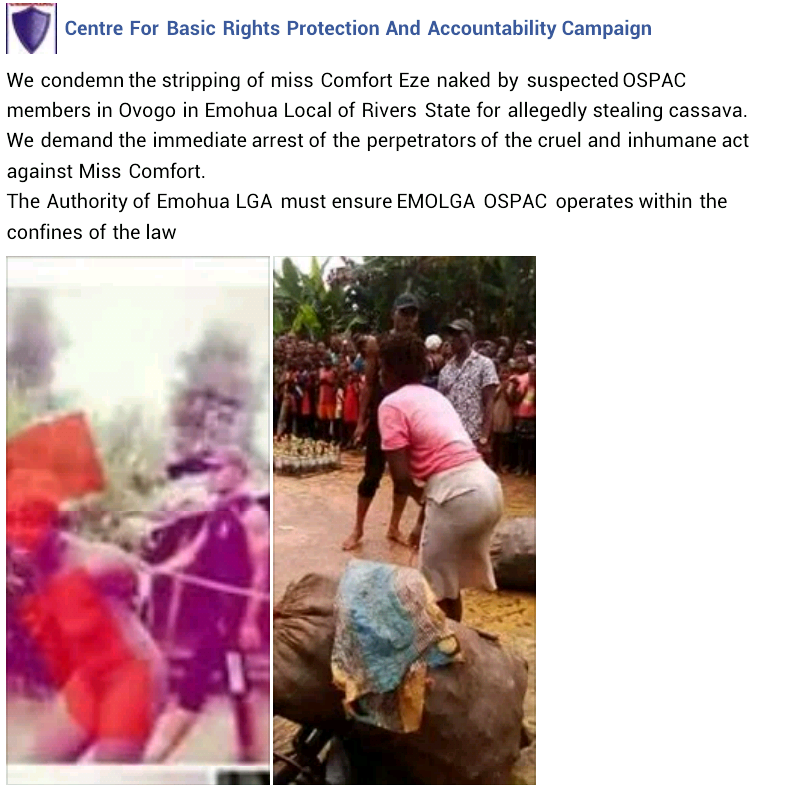 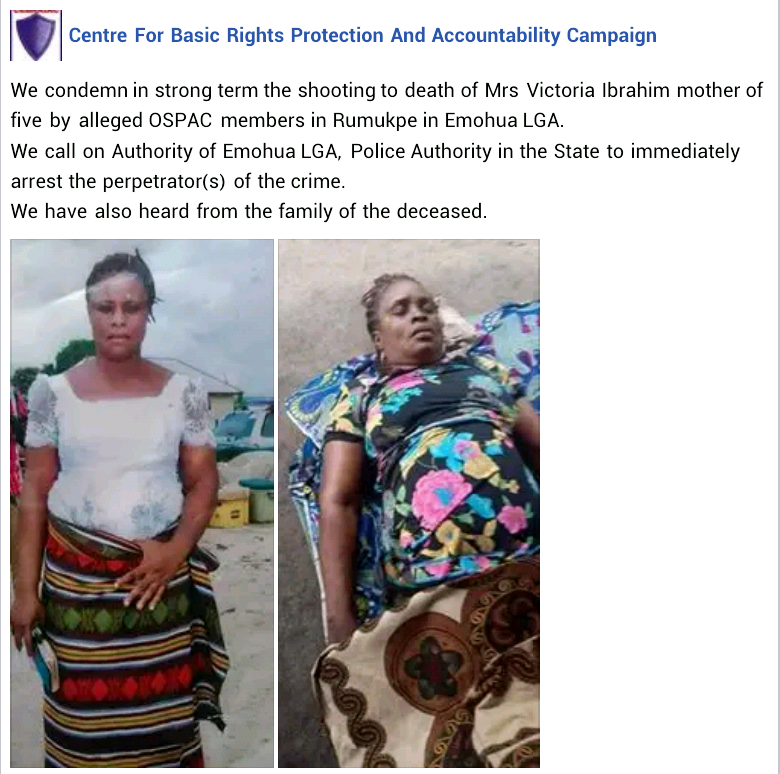 India’s top judge sparks outrage for telling Govt official who allegedly raped a school girl he can avoid going to jail if he marries...

Bobrisky claimls he’s about to undergo surgery to look more feminine then shares photo of the transgender woman he intends to look like after...