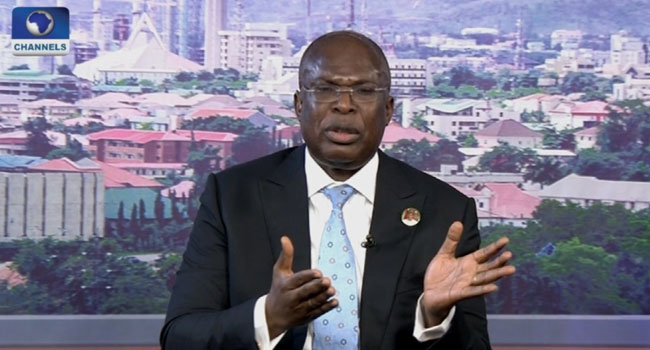 The Minister of State, Petroleum Resources, Timipre Sylva on Tuesday explained how the Federal Government resolved with the organised Labour to shelve their planned industrial action.

Sylva disclosed this in an interview on Newspot breakfast programme, Sunrise Daily where he spoke concerning the agreement reached by the Federal government and organised labour.

“I applaud the labour leaders who put Nigeria first on that negotiation table.

“First, we had to be very truthful about the situation in the country, and globally. Government could no longer go on with subsidy because there simply was no money.

“If your earnings have dropped by 60%, then you have to do something about it. We showed them everything and they saw with us that it was not possible for us to continue.

“The alternative was to go back to subsidy and have scarcity. If the product is imported at a certain price and sold at a loss, it means somebody was bearing that difference. It was becoming unbearable to us,” the Minister said.

He said the labour leaders agreed because they saw the truthfulness on the part of govt.

“It was a very painful decision. But there was no alternative. So we have to bite the bullet as a country.”

The decision to suspend the strike followed an agreement reached between both parties that the strike will be put on hold for a period of two weeks and if the government hold up its end of the deal.

Speaking concerning the two-week deadline issued by the Labour leaders, Sylva said although the organised Labour gave the Federal government such timeline, the functionality of the refineries cannot be achieved within two weeks.

He explained how the agreement was reached.

“I don’t think Labour is expecting to see all the refineries fixed in two weeks. Labour is quite realistic. What we told them was that we understand that fixing of our refineries has been a big problem. When we look at it from the historical perspective, the non-functioning of the refineries was because there was subsidy.

“We believe that this policy (subsidy) direction will help the functioning of the refineries, as well,” the Minister said.

He explained that the Federal Government gave the labour a clear timeline for fixing the refineries and an agreement was reached.

End SARS: You foisted a cruel tyrant on us – Fani...