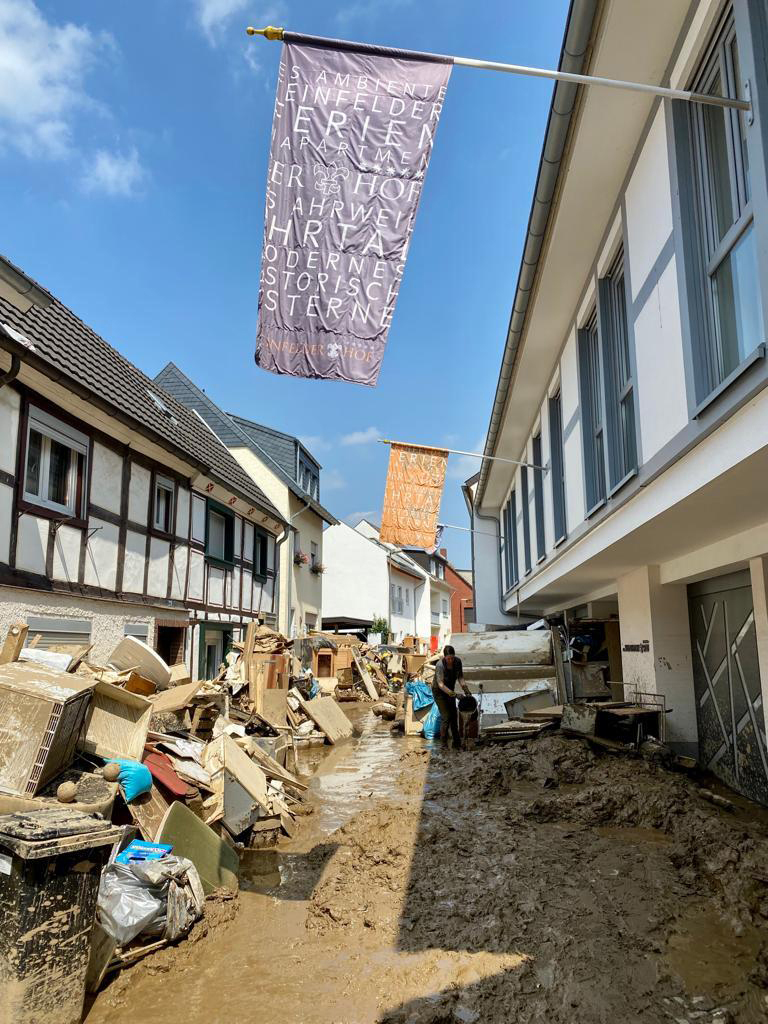 The record-breaking heat was even more notable, scientists say, given that 2021 was a La Niña year, in which climate patterns in the Pacific Ocean produce cooler temperatures across the globe.

An August 2021 United Nations International Panel on Climate Change report concluded that climate change caused by humans “is already affecting many weather and climate extremes in every region across the globe.”

Otto, who helped write the report, said that last year’s weather events proved 2021 was “a year that made the evidence unavoidable.”

Scientists say damaging spring frosts – such as the one that destroyed winemakers’ crops in France last April – are an example of a weather event that is more likely in a warming world.

Denis Lesgourgues, co-owner of Château Haut Selve, a vineyard in southwest France, lost 60 percent of his crop during last year’s spring freeze. Warmer winters have caused grapevine buds to grow earlier in the year, leaving them vulnerable to previously harmless early spring frosts. Lesgourgues said that now if the buds are out when the frosts hit, they die and are unable to grow grapes.

“When I was growing up, I remember that the buds were starting to open by April or May,” said Lesgourgues, “but now it starts happening in March and even the end of February.”

In other parts of the world, the increased heat can become a matter of life or death. In Portland, the June heat wave sent temperatures up to 116 degrees, shattering heat records by as much as 9 degrees Fahrenheit (5 degrees Celsius) and killing hundreds of people in the region.

“There was a feeling that, we’re in the Pacific Northwest — it never gets really cold, it never gets really hot,” said Golino de Lovato, the executive director of the Northwest Pilot Project, a housing-relief organization for seniors headquartered in Portland. “We don’t have to worry about being ready to respond to extreme weather, because it’s never going to hit us.”

Heat waves are especially dangerous for vulnerable populations, including people without air conditioning or homes.

Jennifer Coon experienced that firsthand. Coon, from Portland, said she remembers not being able to find relief or to even lay down during heat waves in her time living on the street.

“Inside of a tent oftentimes it’s even warmer because of the way the layers of the plastic and tarps trap heat,” said Coon, who is now a peer support specialist at Blanchet House in Portland, an organization that helps the city’s homeless population.

The malnutrition and substance abuse prevalent in the homeless community, she added, makes people more susceptible to becoming dehydrated in high heat.

“You expect records to be broken by one degree [Celsius], and exceptionally, by two degrees, but five is absolutely amazing from a meteorological standpoint,” Vautard, another author of the August U.N. climate study, said. “This event would have been absolutely or extremely unlikely without climate change.”