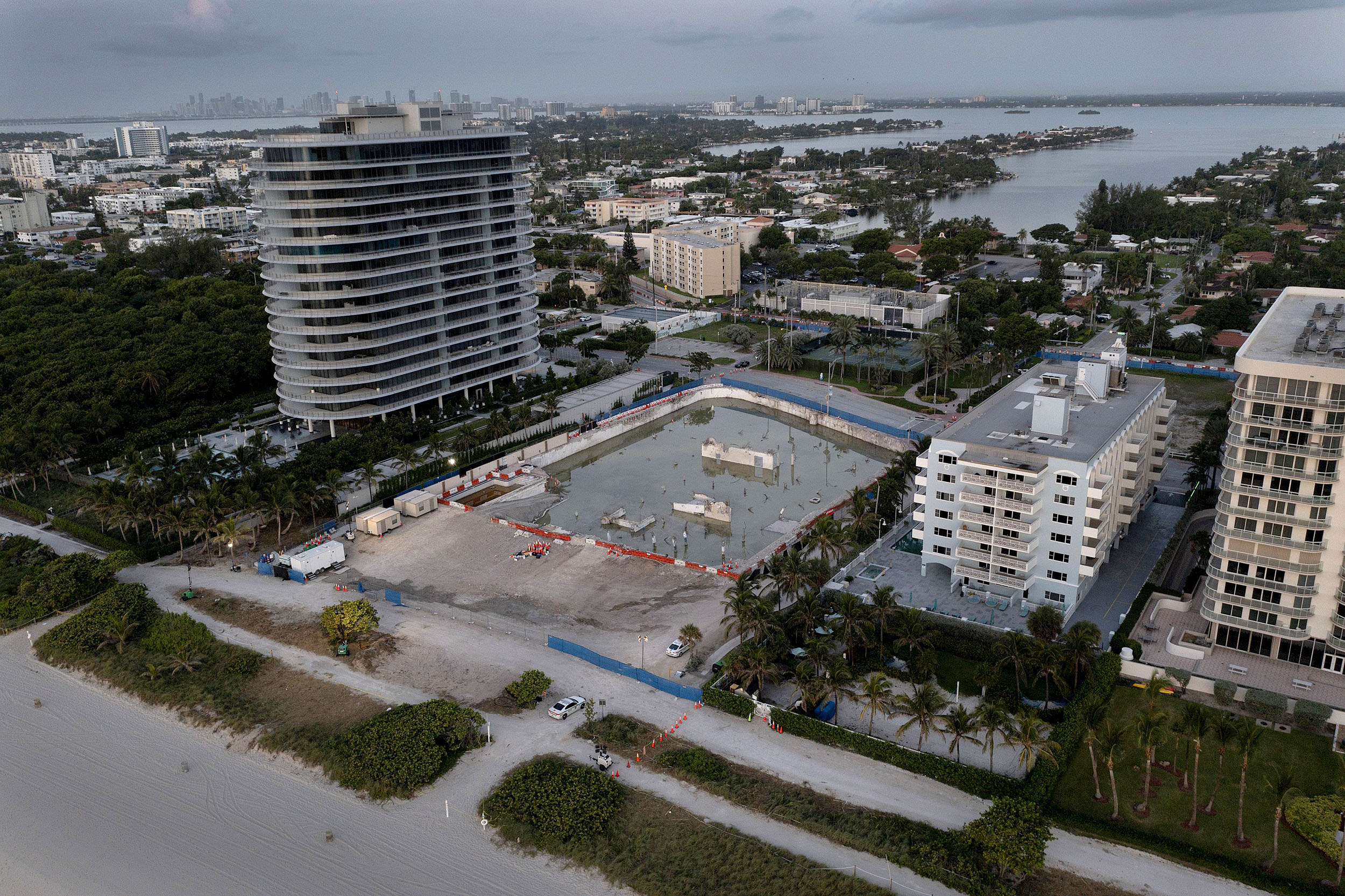 Over the last decade, groups lobbying on behalf of condo associations and the lawyers, property managers and other professionals who work for them have been paid nearly $2 million to influence lawmakers of both parties, according to campaign finance records. Millions more in campaign contributions have been spent by political action committees whose interests include condo association laws; they represent real estate lawyers, real estate agents and home builders.

Condo associations are volunteer, elected groups of residents who largely get organized to fight regulations that would subject them to greater scrutiny or require them to impose higher fees on their fellow unit owners.

“They are a very vocal constituency on issues that a lot of people in Florida don’t really care about,” said George Moraitis Jr., a Fort Lauderdale real estate lawyer and a Republican who served from 2010 to 2018 in the state House of Representatives, where he sponsored several bills favored by condo associations.

“They’re very organized. Where they are concentrated, they are very powerful. They’re very vocal and active. A lot of them vote.”

Because legislators must keep their day jobs and are prohibited from serving more than eight years in office, much of the policymaking expertise in Tallahassee lies with lobbyists, who interview candidates for office to get their opinions on condo issues, pitch proposed legislation to interested lawmakers and then work to shepherd those bills through the Senate and the House of Representatives. Lobbyists and condo associations organize door-to-door mobilizations and letter-writing campaigns, help bill sponsors respond to questions, try to win over legislative leaders and plan how to defend bills at committee hearings.

The 60-day sprint each spring in Tallahassee results in long bills that become vehicles for an array of tangentially related provisions favored by party leaders or industry advocates. In one case NBC News reviewed, several lawmakers said they didn’t know what had been put into bills they sponsored — and one didn’t realize he was voting to repeal a law he had sponsored two years earlier.

“What they typically want they are generally going to get, politically,” Moraitis said of condo associations. “Absent a lot of political will to overcome that, it’s left to condos to drive how they’re governed.”

Such a reckoning may now be at hand, as lawmakers promise changes in the wake of the Champlain Towers South collapse. That showdown won’t happen until the state Legislature meets again early next year, but elected leaders, condo associations and lobbyists are already gearing up for the battle, with preliminary meetings among lawmakers expected to begin next month.

Florida law creates a dangerous conflict for condo associations by allowing them to act in a building’s short-term financial interest at the expense of long-term safety, said Eric Glazer, a condo association lawyer who writes a blog and hosts a radio show on the topic.

“The Champlain Towers accident happened because Florida law allowed it to happen on so many levels,” he said.

Any new regulations will have to take into consideration how difficult it is for condo boards to set aside money for long-term repairs while also avoiding spending that could make it harder for residents to pay their bills or to sell their units, said William Sklar, a lawyer who represents developers and teaches condo law at the University of Miami.

He leads a task force at the Florida Bar that will recommend changes before the 2022 legislative session to how condos are regulated, including how frequently they are inspected and how much money they should keep in reserves.

“Florida boards are made up of well-intended volunteers who care about their neighbors and property values but are under intense pressure not to waste money,” Sklar said. “It’s like fighting human nature. If you’re retired and have a discretionary income, do you spend it on a vacation with your grandchildren or on a reserve for a roof replacement in 10 years? That’s the issue: the fight against human nature.”

When lawmakers and lobbyists in Florida try to explain how condo associations have been able to avoid burdensome and expensive regulations, they often tell the story of the state’s fire sprinkler mandates.

In 2002, following new national standards on fire safety, Florida passed a law that gave condos until 2014 to install fire sprinklers. But many condo associations said the cost would force them to impose large special assessments that would price residents out of their homes, make units harder to sell and threaten buildings’ financial stability.

Condo associations banded together to press lawmakers to free them of the requirement. New lobbying groups sprung up to champion the cause, including one formed by several associations on the Fort Lauderdale coast, and another created by one the state’s largest and most powerful law firms.

They argued that condos should have the right to decide for themselves if it was worth spending hundreds of thousands of dollars on a project they believed might not significantly reduce the risk of a fire.

“A lot of people felt the mandate was overreaching,” said Ellyn Bogdanoff, who represented the Fort Lauderdale area in the House of Representatives and the Senate as a Republican from 2004 to 2010 and became a lobbyist on condo issues after leaving office.