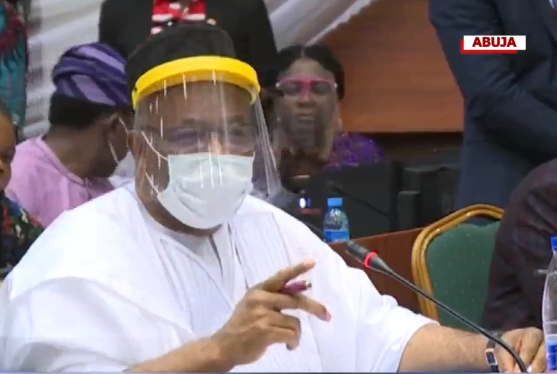 Members of the House of Representatives have given the Minister of the Niger Delta Affairs, Godswill Akpabio, 48 hours to release the names of the National Assembly members who have been awarded contracts by the Niger Delta Development Commission, NDDC.

Akpabio at the investigative hearing of the House on Monday, July 20, claimed that most of the contracts by the NDDC were awarded to lawmakers.

During its plenary sitting this morning, the Minority Leader of the House, Ndudi Elumelu, said the Minister, who alleged 60 percent of contracts from the NDDC was given to members of the National Assembly, should publish the benefiting lawmakers, especially members of the 9th Assembly.

Elumelu said the names of their companies and the contracts they got should be published or face the wrath of the House. He argued that such a statement casts aspersion on the integrity of the House and must be proven by the minister.

According to Elumelu, the Minister owes it a duty to himself, the House Committee on Niger Delta, the people of Niger Delta and Nigerians to publish the names of lawmakers who got contracts from NDDC.

Speaker of the House, Femi Gbajabiamila said should the minister fail to publish the names, the House will employ the full wrath of the law to ensure he does so.

Fourth Mainland Bridge: Almost 800 houses to be demolished in Lagos

Patrick Vieira Sacked As Nice Coach After Run Of Defeats –...