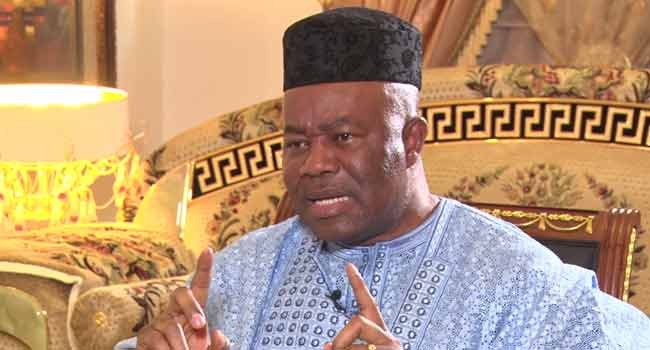 The House of Representatives Committee on Niger Delta Development Commission (NDDC) has summoned the Minister of Niger Delta Affairs, Godswill Akpabio, to appear and make presentations before it on Monday, July 20 by 11am.

Akpabio is expected to appear before the house to respond to allegations of corruption leveled against him by the former Managing Director of the commission, Joi Nunieh, who appeared before the committee via zoom today July 17.

In her presentation which she made to the committee, she defended herself against allegations of corruption, arguing that there was no contractor that paid bribes during her time as the helmsman of the commission. She accused Akpabio of asking her to fire a senior official based on tribal sentiment without the official committing any crime. She said under her watch, the commission spent N8 billion in the four months she was in office. She maintained she did not squander the money of the commission.

The House also summoned Professor Kemebradikumo Pondei, the head of the Interim Management Committee of the Commission, to appear before it alongside Akpabio on Monday July 20. Pondei drew the wrath of the lawmakers on Thursday, July 16 after he led members of his steam to stage a walk-out at the investigative hearing put together by the House of Representatives.

Cricket legend, Dean Jones, 59, dies of a heart attack at a hotel in Mumbai