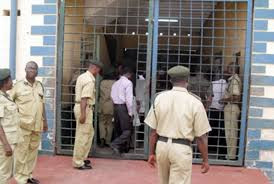 The hoodlums armed with dangerous weapons forced their way into the prison and released no fewer than 58 inmates. Properties including a vehicle were destroyed during the attack.

The Public Relations Officer of the Ondo State Command of the NCS, Barr. Ogundare Babatunde, has confirmed the incident and said attempts are being made to bring the situation under control.

Instead of Scientists and Engineers, Space agency in Nigeria are employing graduates of religious studies- Senator Boroffice cries out