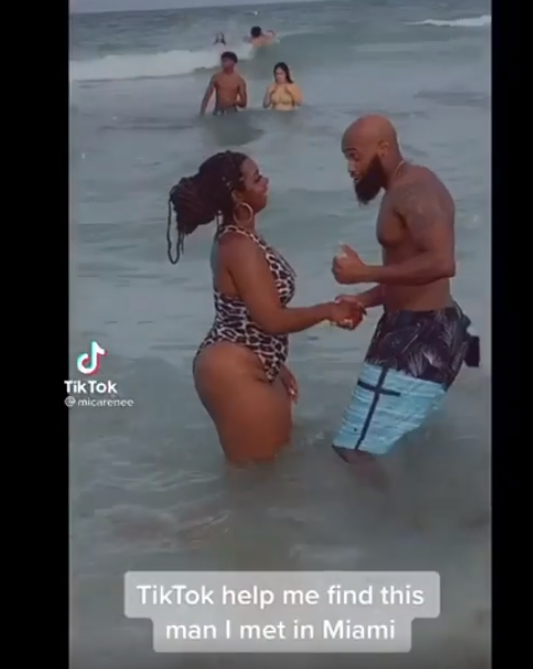 A TikTok user has given an update after launching a search for a “bold” man who walked up to her at the beach, introduced himself and gave her his number.

The TikTok user launched the search for the man after realizing that she didn’t save his number.

However as the search gained traction, the man’s wife reached out to her and confirmed they are married. She also appealed to the TikTok user not to take down the video as her husband might lie about it.

The social media user concluded her video by telling people not to believe in fairy tales as they might go viral for it.