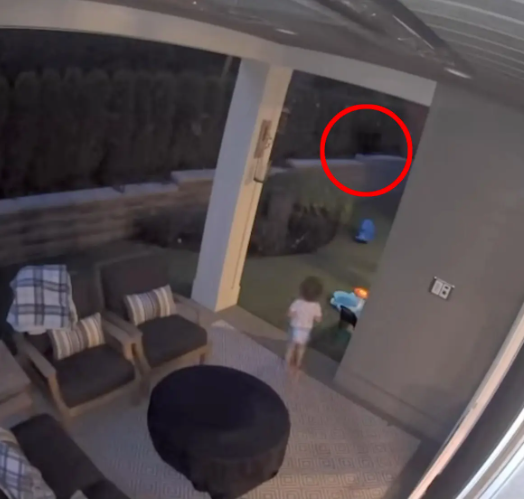 A mum is going viral after she bravely saved her toddler from potentially getting mauled by a black bear in her backyard.

A video of the harrowing moment was shared on TikTok and it has now gone viral.

In the video, the toddler is seen leaving the safety of the house in Redmond, Washington, to waddle into the backyard where a black bear was scrambling on the wall.

Upon realizing what was happening, the quick-thinking mom ran outside and grabbed her daughter back inside.

“I was scared and started cussing like a sailor,” Samantha Martin told Storyful of the heart-stopping incident, which occurred outside their home in Redmond.

She revealed that her young daughter Juniper had recently been reading an animal identification book and said that bears were her favorite animal. 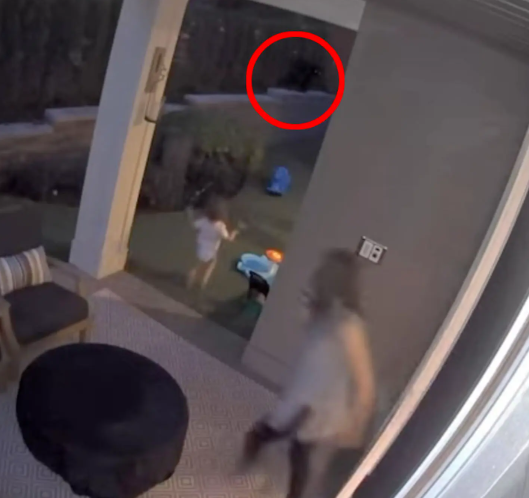 So, when she saw the bear on the wall, she ran outside while excitedly squealing: “That’s a bear.”

Speaking to Fox13, Samantha said: “It started running across the fence and she chased it. I just panicked. I didn’t really have a lot of thoughts in the moment so much as get the child and get back inside.”

Samantha said she wasn’t afraid of the “little baby bear,” which ran off amid the commotion, but feared that the mother could’ve been lurking nearby.

“I didn’t know where the mom was and didn’t know how she’d feel about two humans running towards her baby,” said Samantha.

Samantha said she is now educating her child about wildlife.

“I did tell her the bear was dangerous, and we’ve been watching National Geographic,” she said.

She added that she plans to child-proof the patio door to prevent future incidents.