Home National Here are some of the damning accusations made by Johnny Depp and...
Facebook
Twitter
WhatsApp
Telegram
Email 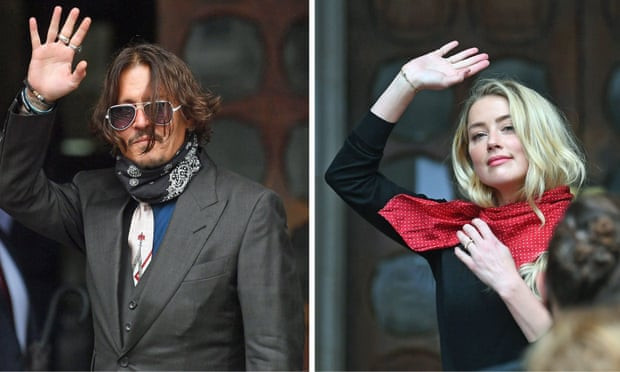 The court case between former celebrity couple, Johnny Depp and Amber Heard, has kicked off and so many damning accusations are being made.

The Hollywood actor and producer is suing British newspaper The Sun and its executive editor, Dan Wootton, over an article which alleged he had been abusive to his former wife, Amber Heard.

He is also suing Amber for $50 million for defamation over an op-ed she wrote in the Washington Post in which she called for better support for domestic violence victims like herself, but without naming Depp in the piece. 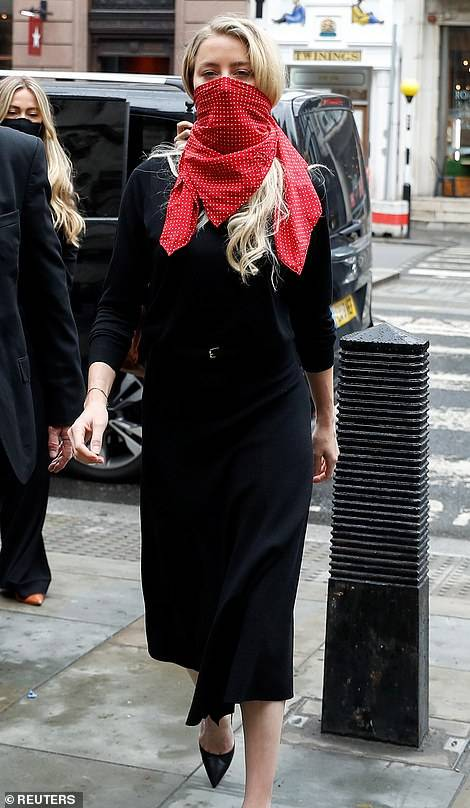 At the libel trial which kicked off at London’s High Court on Tuesday, July 7, with the estranged couple in attendance, the court heard how Johnny Depp ended his marriage to Amber Heard after he found a poo in his bed in 2016.

In opening arguments, Depp’s legal team told the court: “Depp who in the end was forced to finally call time on this relationship, largely after behaviour by her and her friends following her birthday party in their flat in April 2016. 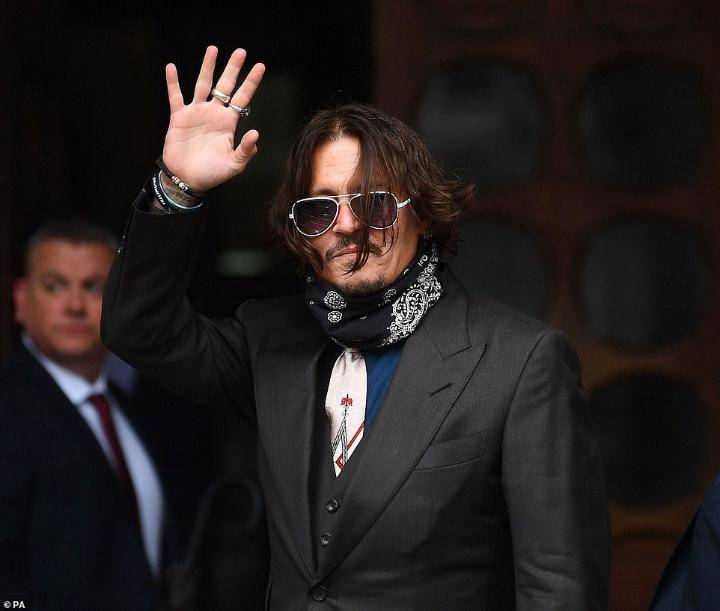 “(Including he says, one of them defecating on his bed, something which Ms Heard blames on their tiny dog).”

Depp witness statement was presented to the court, in which he addressed the incident in his own words – claiming Heard told their building manager the poo incident was a “harmless prank”.

He said: “I understand that the following morning [after the party] Ms Heard (or possibly one of her friends) defecated in our shared bed.

“On 12 May 2016, Ms. Heard confessed to our estate manager, Kevin Murphy, that leaving the faeces in the bed had been ”just a harmless prank” thereby effectively acknowledging that she had been responsible, whereas she had previously sought to blame our dogs.”

He went onto insist the Yorkshire Teacup terriers the couple owned were too small to jump onto the bed or to leave such a large deposit there.

Depp added: “[They] were both too tiny to jump onto the bed nor able to leave faeces like that which was deposited on the bed.

“I resolved to divorce Ms. Heard on that day.”

In documents presented to the court, Heard claimed Depp arrived at the end of the party “drunk and high on drugs” and attacked her after her guests left.

On Wednesday, July 8, the couple who got divorced in 2017, made their second appearance at the London’s High Court.

The court heard how Johnny Depp swapped ‘joke’ texts with British actor Paul Bettany about setting Amber Heard on fire and ‘f***ing her burnt corpse afterwards to make sure she’s dead’ or drowning his ‘witch’ ex-wife.

Sasha Wass QC, representing the Sun, told the court Depp had a tattoo on his arm that used to read “Winona for ever”, engraved during his previous relationship with Winona Ryder. After their relationship ended, the tattoo was changed to read “wino for ever”, the court heard.

In 2013, Wass said, Depp had “fallen off the wagon” and was taking drugs and alcohol. “Ms Heard laughed at that tattoo,” she said. “You were in fact acting like a wino and an alcoholic and felt very sensitive.” 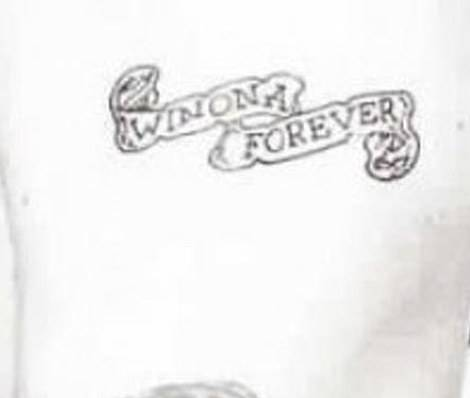 Depp agreed: “I was dispirited, after 160 days or so I had broken my sobriety.” He did not recall, he added, Heard making a joke about the tattoo and provoking an argument. 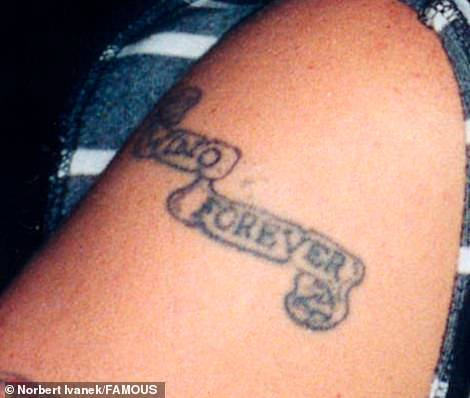 Wass put it to him: “You then slapped Ms Heard across the face and that was the first time it happened.” He slapped her three times in all, Wass alleged, because Heard did not respond but just stared at him.

Wass told the court Depp then broke down and started crying, promising never to hit her again. He blamed his behaviour on his “illness” and talked for the first time about “the monster, the alter ego that takes over when you are under the influence of drink and drugs”, she said.

Depp, in his written statements, has told the court Heard encouraged him to take alcohol and drugs and did not support him in his efforts to overcome his addictions.

He told the court he had seen Heard, 34, take cocaine: “There were many times in our relationship when not only did she chop the cocaine with a razor blade into lines she also put it on to her finger and rubbed it into her gums … My eyes have seen the action.”

Heard has submitted details of 14 occasions during their relationship when she claims she was assaulted by Depp. He denies ever hitting her.

The second time Depp allegedly hit her, the court was told, was when an argument developed over a painting by Heard’s former lover Tasya van Ree, which was hanging in Heard’s house.

Wass alleged that Depp had tried to set fire to the painting and slapped Heard with the back of his hand, which was very painful because he wore large rings.

Asked whether he was often jealous of partners and suspected them of having affairs with other people, Depp said: “Yes, I can be jealous.”

Depp denied ever hanging Heard’s dog, Pistol, out of a car window but he accepted he may have made jokes about putting it in a microwave. “It was that sort of humour,” he said. “It was a running joke … Those dogs are so ludicrously tiny. I would not say that I was the one who had invented that particular joke.”

The court was read a series of texts he had exchanged with a friend, the actor Paul Bettany, which, Wass said, reflected his resentment of Heard trying to stop him taking drink and drugs.

In one of them, the court was told, the two men were joking about proving that Heard was a “witch”. In one message, Depp wrote: “Let’s burn Amber”.

Wass suggested the messages, although meant as jokes, were sent because Depp resented Heard acting like the “moral police”.

Depp said he was “resentful of the fact Ms Heard was very aggressive and quite insulting about my use of alcohol”. He also accepted that she “didn’t like me using alcohol and drugs”.

That, Wass pointed out, was at odds with Depp’s previous assertion that Heard had never supported his efforts to give up his addictions.

She then read out an email that Heard had written but never sent to Depp. “I don’t know if I can take this any more,” she wrote. “It’s like there’s a Dr Jekyll and Mr Hyde. Half of you I love madly, the other half scares me. I can’t take him. The problem is I never really know which one I’m dealing with until it’s too late.”

Depp has accused Heard of setting up a “hoax” because her allegations were “patently untrue”.