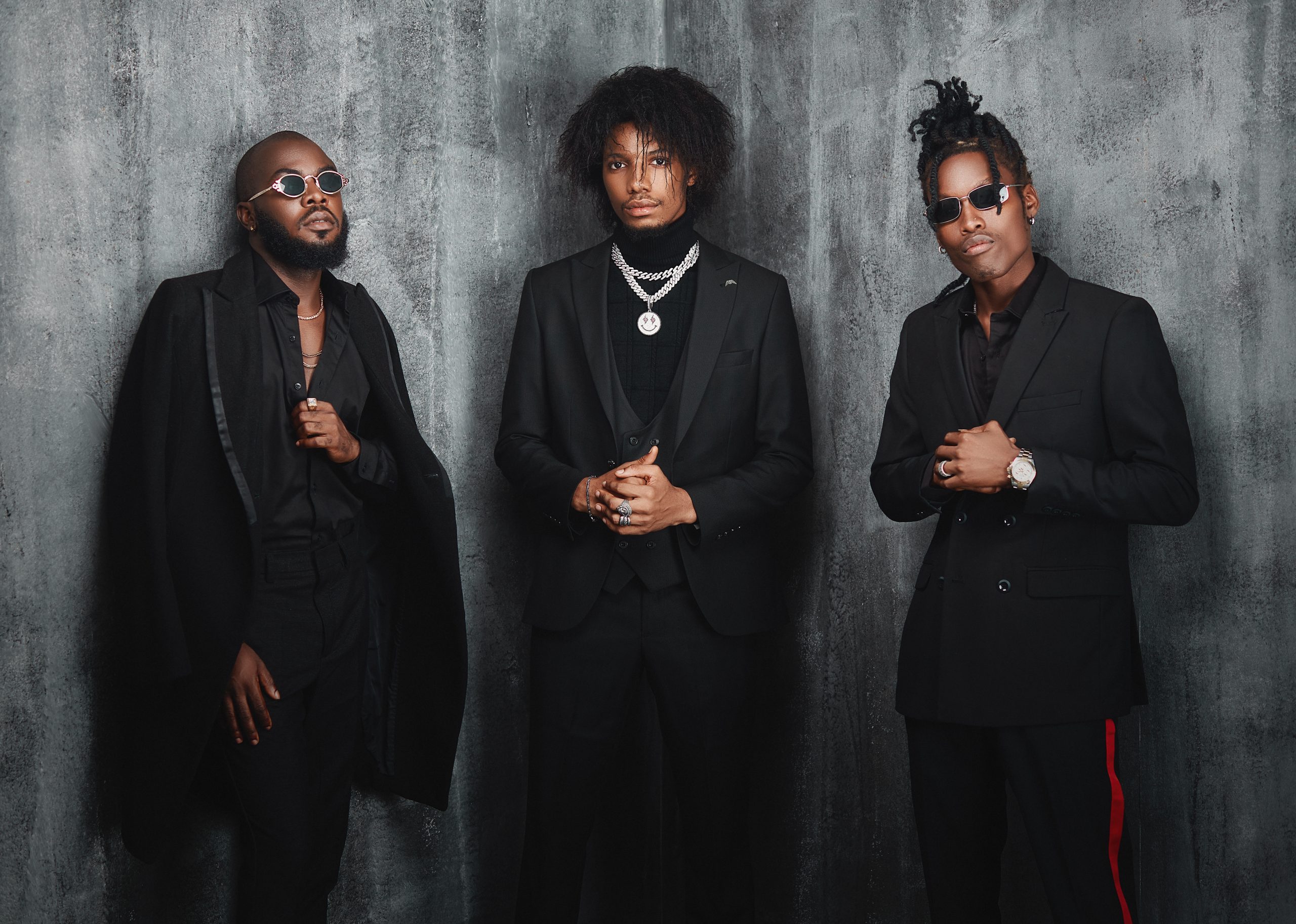 For every success story; background, hard work, and determination plays an important role. It is how your daily little habits like the food you eat, the songs you listen to, the environment you are exposed to, all work together to influence how you view the world and often, the important life decisions you make.

For Vader, Barrylane and Matosan, the winners of the Hennessy Artistry VS Class, Nigeria’s biggest platform for discovering budding and talented rappers, so many things have influenced their success stories and these factors are what they discussed with the -team. 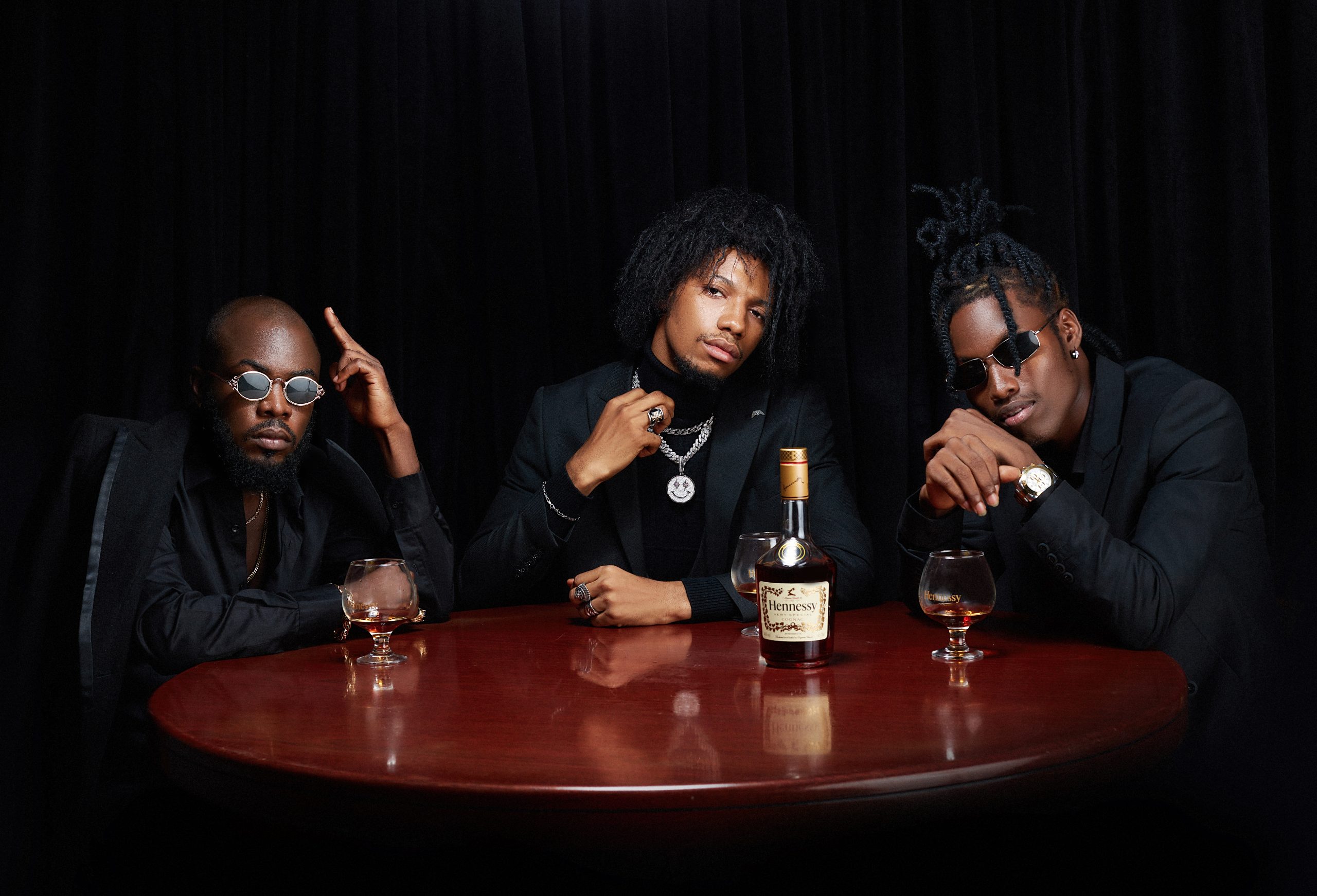 Vader the Wildcard
Franklyn Ikemefune, popularly known as Vader the wildcard, has been marking his presence in the rap game for years now. Names inscribe a deep meaning in our hearts, and for artistes, memories in the hearts of the listeners. Vader the Wildcard is a name that has been in the mouth of many since the 2017 Hennessy Artistry VS Class ,the name which has been with him since childhood. He explains:

“The name Vader was given to me by my childhood friend for reasons I can’t even remember now, but it all added up when I saw Star Wars and realized I was drawn to the character Darth Vader. I went by Vader for the longest time until 2017 when I won the Hennessy Artistry VS Class as Vector’s wildcard. He would call me “Wildcard,” at every turn, so I just incorporated into my rap name as it sort of typified my rap persona.” 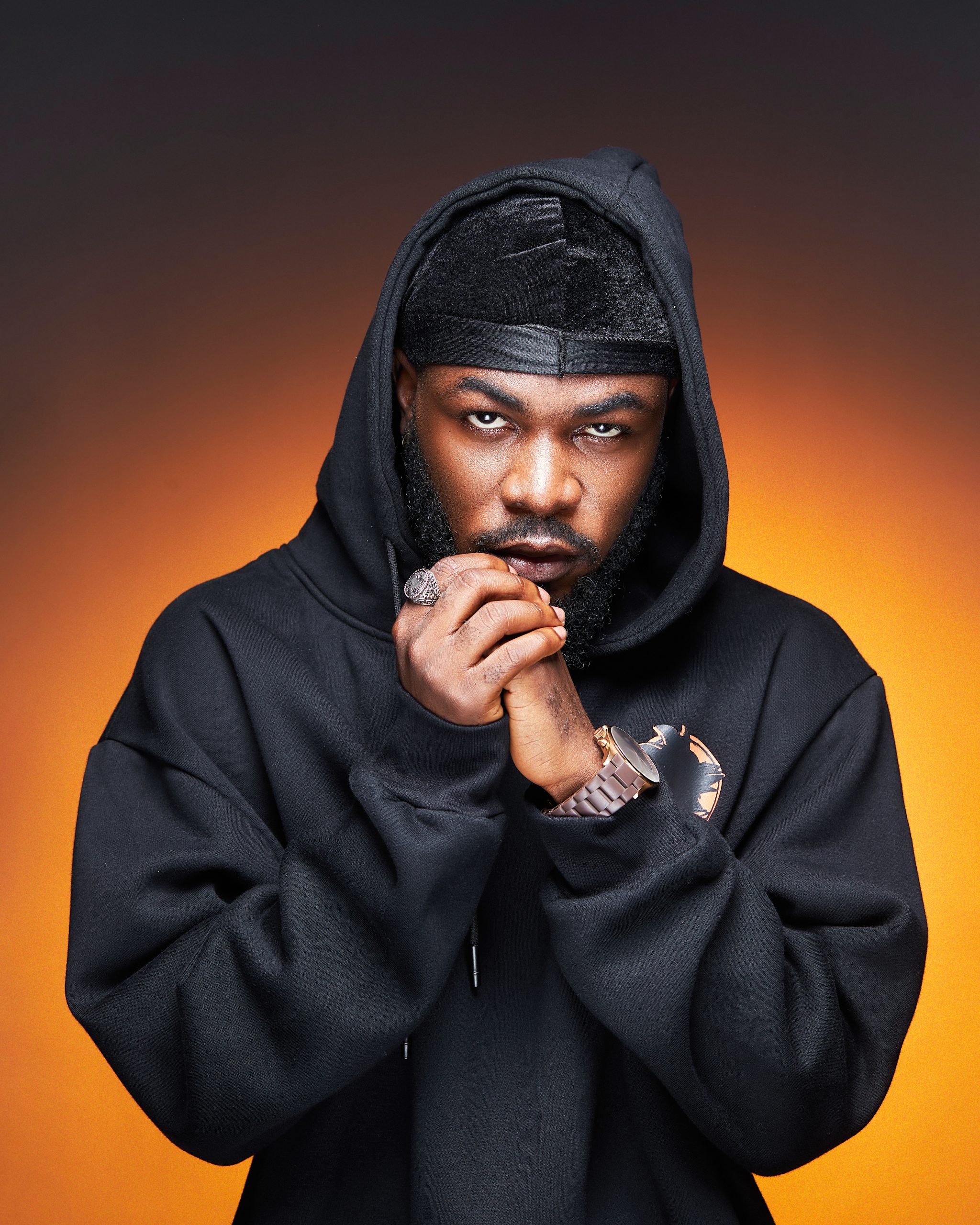 Despite his win in 2017, and as a blossoming artiste, he is engaged in other activities, which somehow influence his craft. He works as a content creator, copywriter and an actor. A clear evidence that Nigerian youths keep putting in the work to be better at what they do.

Vader has not just been on the journey of being better in everything he does, he also released an album – Lagos in July – that has resonated with the experiences of so many youths. Speaking about the inspiration behind his album, he says:

“That was a joint project between myself and my brother & friend, Dolapo Amusat aka The Geeky Midget. The project is basically an encapsulation of our experiences (the good & bad) as migrants who had recently settled in Lagos, having lived most of our lives in Ibadan. We also titled every track on the project with a popular Lagos landmark, so it’ll be immediately relatable. Thankfully when it dropped, it received huge critical acclaim which validated the thought we put into creating it.”

Apart from the album, his song “You Garru be Kidding Me” also made waves on and off social media. Putting the song out on streaming platforms seemed the right thing to do and it received so much applause that got him wowed. “I didn’t expect that the song would go viral. I thought people would just listen, laugh and move on,” he says.

This song differs from his usual style and its success made him realise that he doesn’t need to stick to just one way of doing things.

“To be very honest, I was on autopilot when I made that song. It showcased a different side of me that most people are not used to. The playful, goofy side. I basically dropped it because we were in a global pandemic, I didn’t think the world needed any deep or somewhat gloomy rap records. The influence the song has had on my artistry is one which I’m most grateful for, because now I realize I don’t have to make music in a defined pattern. I was happy to realize that my fans (who I call “Invaders”) are open to me exploring different styles in my music. It was such an eye-opener.”

When it comes to most success stories, there is always a role model whose journey influences and inspires another, For Vader, it is not one but two people, MI and Vector. These two influenced him differently, and through them, he believed he could also excel as an artiste.

His fans are waiting for more works, he says:
“I realized the need to make more relatable music, and that’s what I’ve been recording for the past year. There are so many songs in the drive right now, most of which will never see the light of day obviously. I have basically been on an artiste development program but I’m ready now. I have a project that I’m excited about in 2 months.”

Barrylane
Ogunlana Oluwasegun Obaro, whose stage name is Barrylane, started his rap career when he was 12. His love for rap music was not accidental. He listened to it since he was young and rap became engraved in his heart, “I grew up listening to rap music, my dad and uncles always played 2Pac, Biggie, DMX, Snoop Dogg, so I loved rap and decided to explore this vibrant art form. I grew my rap skills on the streets, my friends and I were always rapping and battling each other, and I took part in street battles. When I got into the university, the freestyles advanced to another level, being surrounded by certified lyricists and battle-hardened rappers, it was fun.” 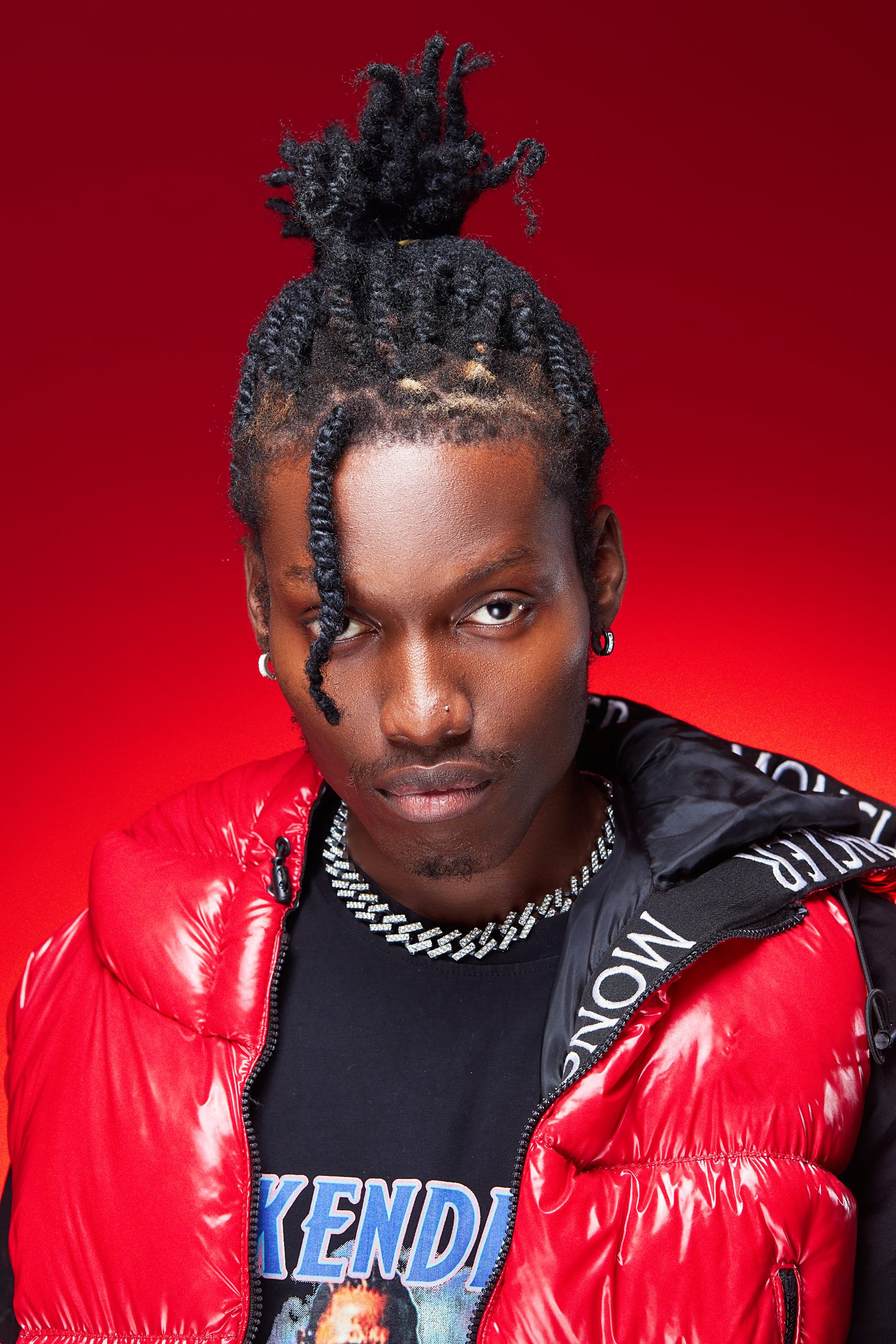 As much as listening to rap from a young age influenced his love for rap, his environment further serves as an inspiration for his lyrics, hence, writing these songs serve as an escape from life issues for him.
He says: “I feel life issues deeply. The ghetto, injustice, love, the wrongs and the right too. These life issues inspire me to get my paper and spill it all out. It is how I handle it all, the pressures of life that threaten to consume us.”

The gifted Barrylane also has his role models, he looks up to lots of rappers such as; Kendrick Lamar, Snoop Dogg, Eminem, Dizzy Wright and Kanye West. Their different styles serve as a motivation for him in discovering his own unique style.
However, he does not just look up to Kendrick Lamar, he someday hopes to work with him, “his poetry is deep and I would like to watch him work, and get a glimpse of his creative process. If this happens, it will be the biggest trophy in my life apart from my family.”

He has been in the rap game for so long; he attributes a part of his success to him winning the Hennessy Artistry VS Class in 2018.
“Hennessy is family, Hennessy has been here with me since 2018, they have kept on pushing me, put me on cyphers , other projects and even made me trend on Twitter, that was a huge one for me, thank you Hennessy!”

Matosan
Matosan Nelson who personifies the popular Hennessy slogan “Never stop, Never settle” has proven that it does not matter if you lose after the first try, what is important is not giving up. Matosan had taken part in the 2019 Hennessy VS class and lost at the grand finale . However, instead of giving up, he went back to the drawing board, reworked his strategy, auditioned and emerged winner of the just concluded 2020 Hennessy Artistry VS class. 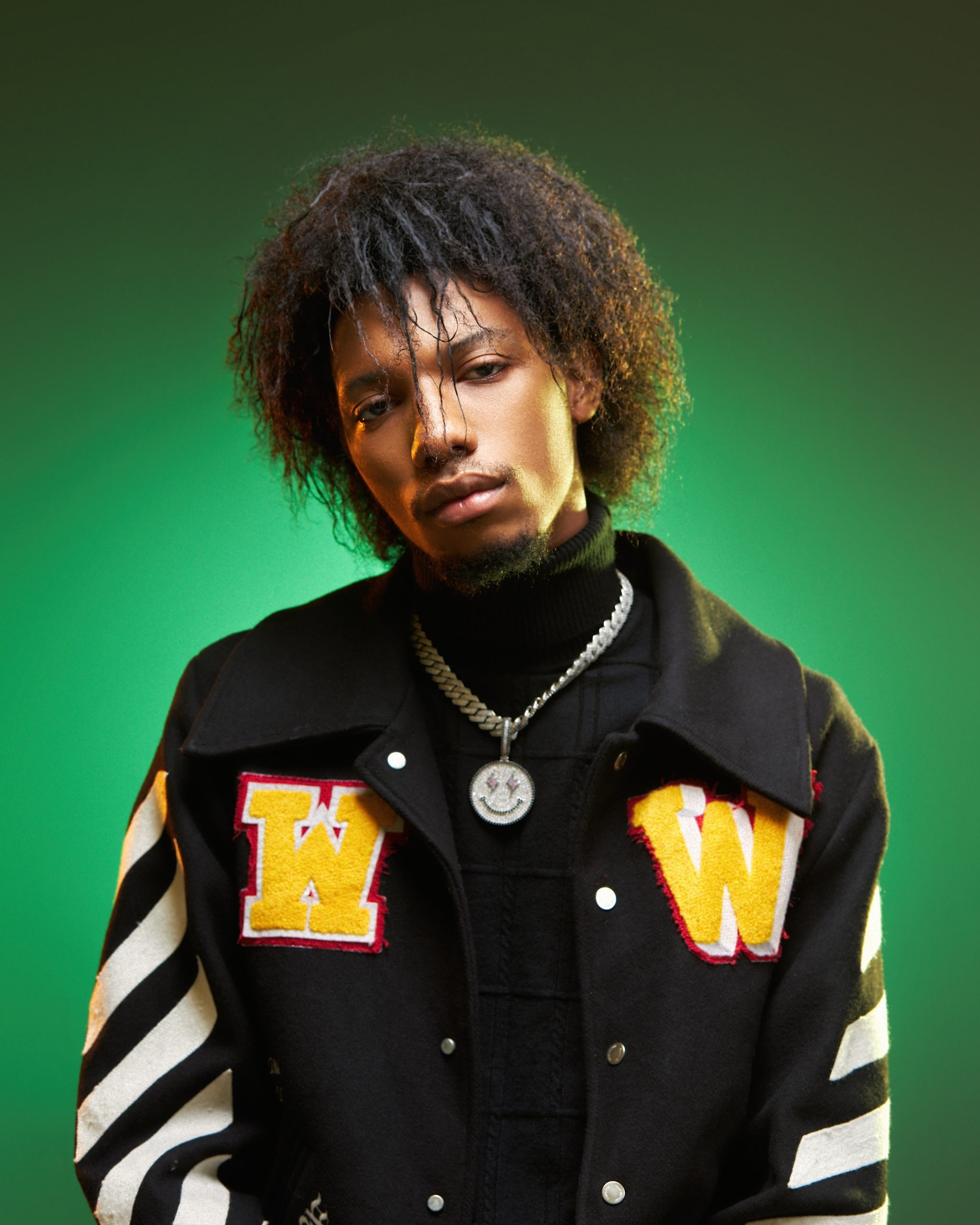 He speaks about why he did not perform well the first time;
“The last time I cared so much about winning that I forgot about the love I had for the craft itself. I was going through a lot at the time as well, but I am happy that this year I was able to clear my mind and perform not just to win but for the love of it. Big shout out to the Hennessy VS class platform.”

The talented rapper had also taken time to develop himself and develop his sound. Defining his style of rap, he says:
“My style of rap is very fluid and dynamic. I’m not limited to a particular genre and I enjoy the fusion of various sounds, both foreign and local.”

We can attribute this fusion to him being a highly creative individual. Apart from being a rapper, he is also a painter. Both art requires a high level of creativity and he has made a path for himself, infusing one art in another.

“I make music according to my mood and I also paint according to my mood. Painting has taught me patience; the art has influenced the abstract of creating music. Both of my creative worlds collide because art and music is about creating pictures in your mind that can be seen and felt by people and this makes music beautiful to me, a world playing in my head, a world that can only be seen by me becomes available for the other people to feel and enjoy.”

Speaking further about his next steps, Matosan confidently states “My goal is to become a global star and I’m beginning that with an EP. Watch out!”

These three artistes have shown how hard work, consistency, determination and being ready for opportunities have influenced their different successes. Their different journeys to being a winner started from a young age and they are still pursuing these goals tenaciously.