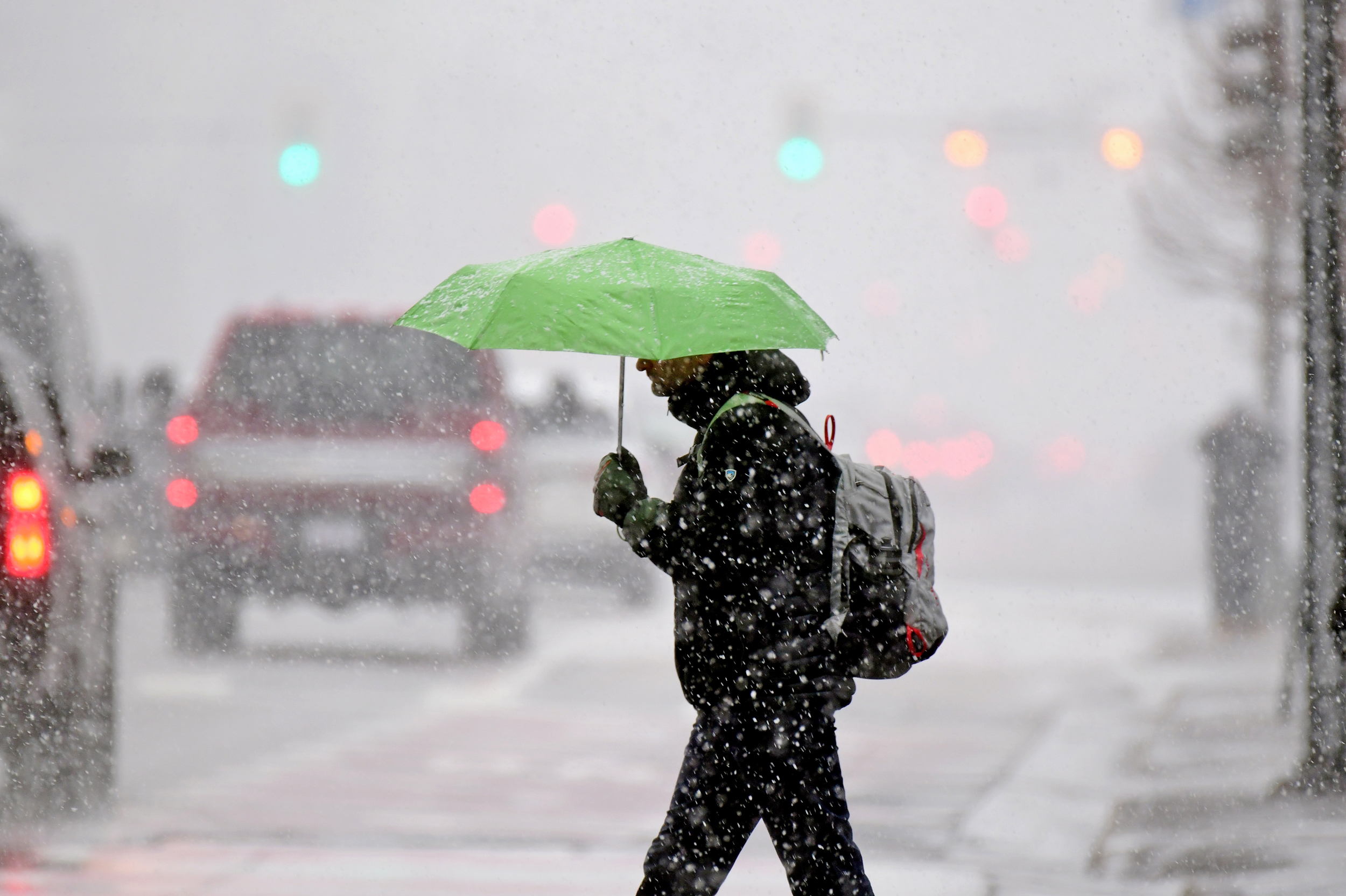 Heavy snow with snowfall rates of 2 inches per hour at times was affecting parts of the Central Plains and Midwest on Thursday morning. In fact, thundersnow was reported in the Kansas City area. The heavy snow is expected to continue through the day Thursday along with a wintry mix of sleet and freezing rain.

At the same time, 1 to 3 inches of rain falling over already signifcant snow totals was expected to result in flood concerns from the Midwest to New England.

More than 100 river gauges are forecast to rise into minor to major flood stage in the coming days. Rivers to watch include those in northeast Ohio and the Buffalo, New York, area.

The severe thunderstorm threat on Thursday is the most concerning in terms of effects. A risk for strong tornadoes exists, especially across portions of Mississippi, western and middle Tennessee and western Alabama. Other threats include wind gusts to 75 mph and hail.

On Thursday night into Friday morning, the heavy rain accompanied by strong winds reaches the East Coast. Timing of torrential rainfall and the strongest wind gusts will be midnight to 6 a.m. Friday. Winds could gust as high as 65 mph in spots. All rain will be off the Atlantic coast by 9 a.m. Friday.

Ahead of the storm, there will be record warm temperatures across parts of the Northeast and New England.

About a half a dozen records will be possible Thursday across portions of New England, including Boston, which will set a record if they hit 62 degrees.

Highs in this region will be 20-30 degrees above average, making it feel more like April than February. Friday will start mild, but temperatures will drop during the day and into the weekend.