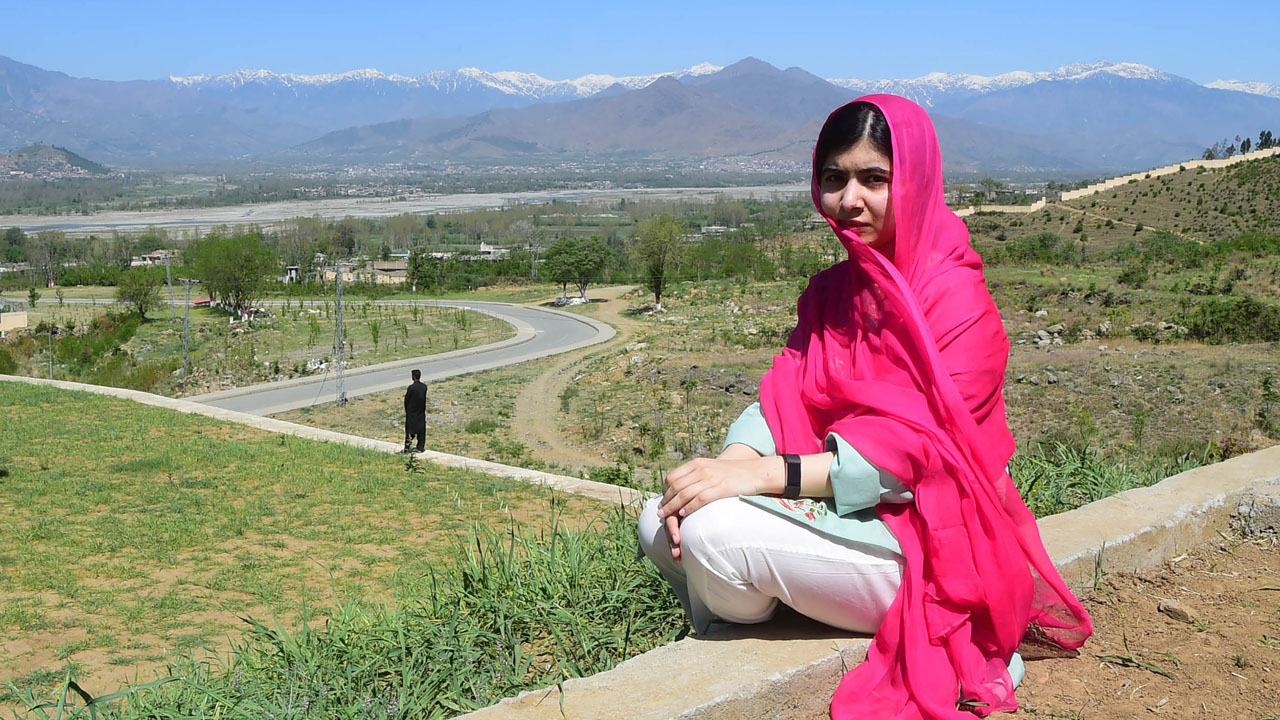 (FILES) In this file photo taken on March 31, 2018, Pakistani activist and Nobel Peace Prize laureate Malala Yousafzai poses for a photograph at all-boys Swat Cadet College Guli Bagh, during her hometown visit, some 15 kilometres outside of Mingora. – A Pakistani firebrand scholar has been detained for making threats against Yousafzai over her comments on marriage in Vogue magazine, officials said on June 11, 2021. (Photo by ABDUL MAJEED / AFP)

A firebrand Pakistani scholar has been detained for making death threats against Nobel prize laureate Malala Yousafzai over her comments on marriage, officials said Friday.

Since surviving an assassination attempt by the Taliban at age 15 in rural northwest Pakistan, the Oxford graduate has become a global figure promoting education for girls.

But a recent interview with the fashion magazine Vogue stirred debate in her home country — where she is already a divisive figure — when she questioned whether a legal union between a couple was necessary.

The issue was debated by MPs in her home province of Khyber Pakhtunkhwa, who said her comments were against Islam.

“Malala is dreaming to become the country’s prime minister but promoting obscenity,” cleric Sardar Ali told students of a local seminary in the northwestern city of Lakki Marwat last week.

He added that he would blow her up in a suicide attack if she returned.

The arrest was confirmed by a second senior police official, Muhammad Imran.

Last year Yousafzai called out Prime Minister Imran Khan on Twitter after a Taliban militant who claimed to have been behind her attack escaped from detention.

She appeared on the front cover of the British edition of Vogue magazine last week dressed in a full-length designer gown and headscarf.

“If you want to have a person in your life, why do you have to sign marriage papers, why can’t it just be a partnership?” she asked, in an interview where she said she was still deciding what to do after finishing her degree.

Though celebrated in many quarters, Yousafzai has received backlash in Pakistan over the years, where some say global attention on the attempt on her life has given the country a bad reputation.

She is also criticised for her perceived championing of Western liberal values, and has faced constant scrutiny over her clothing and views on world affairs.

“Why would you go back to your vomit?”-Daddy Freeze reacts to...