Home World News Hairdresser who described the Capitol riot as the ‘best day ever’ gets...
Facebook
Twitter
WhatsApp
Telegram
Email 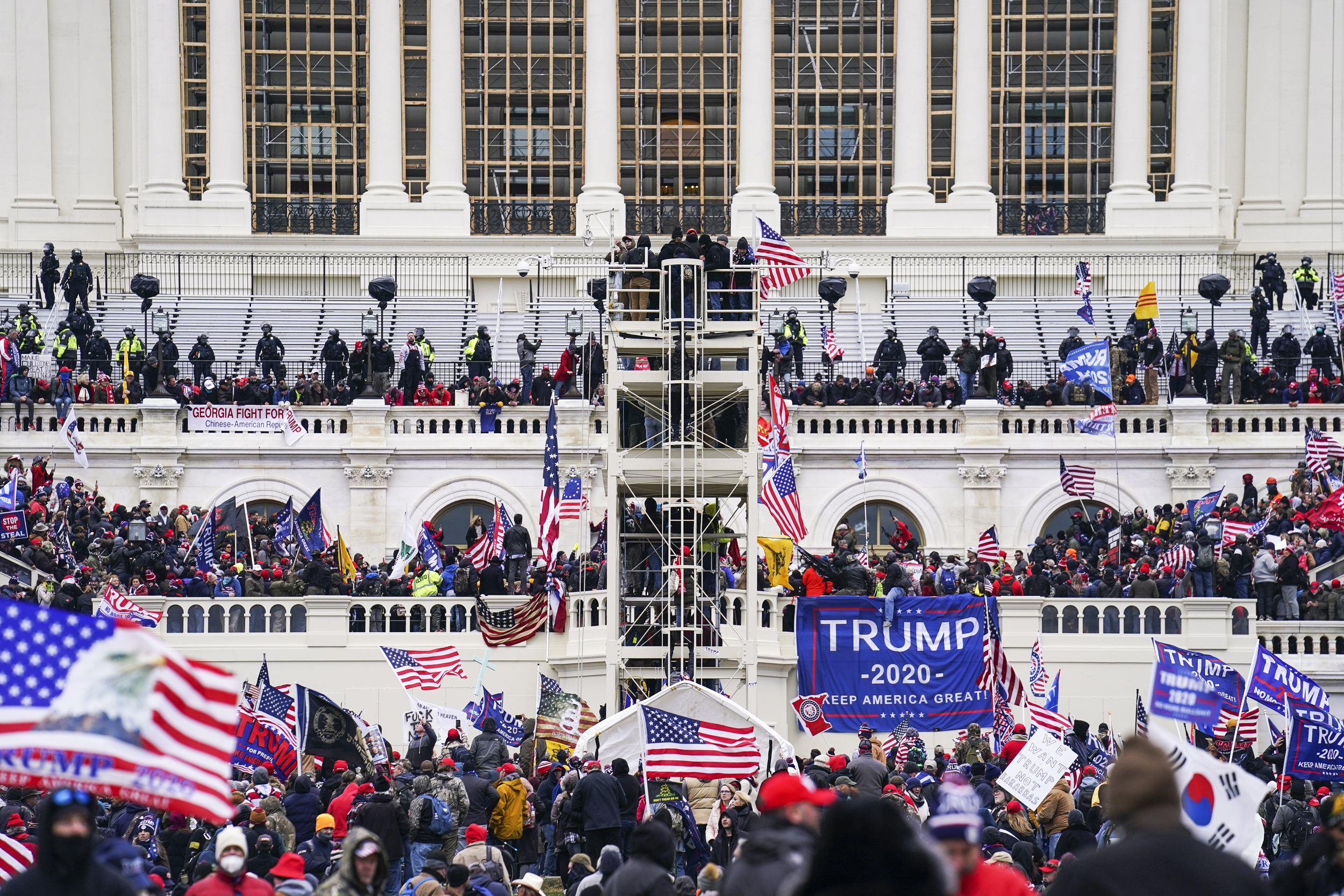 Like many Donald Trump supporters who stormed the U.S. Capitol on Jan. 6, Dona Sue Bissey has promoted the QAnon conspiracy theory on social media. But the judge sentencing her Tuesday to 14 days in jail said it was for her actions, not her beliefs.

Bissey, 53, pleaded guilty in July to parading, demonstrating or picketing in a Capitol building, a misdemeanor punishable by a maximum of six months’ imprisonment.

Prosecutors have argued that a rioter’s statements, in person or on social media, should be considered when fashioning an appropriate sentence. She called Jan. 6 the “best f—— day ever” in one Facebook post, according to court documents. And the federal prosecutor on Tuesday cited Bissey’s online support for QAnon and other conspiracy theories. But they also have said Bissey’s was a “rare case” in which they agreed to recommend probation instead of home detention or prison, based on her early acceptance of responsibility and cooperation with law enforcement.

U.S. District Judge Tanya Chutkan instead sentenced her to 14 days of incarceration and 60 hours of community service, stressing she did so because Bissey had celebrated and bragged about her participation in what amounted to an attempted overthrow of the government.

“The fact that she subscribes to bizarre conspiracy theories, that’s her right. That’s something she is allowed to do as an American,” Chutkan said.

The most serious criminal cases arising from the massive investigation are against leaders and members of two far-right extremist groups, the Proud Boys and Oath Keepers. Some are charged with plotting coordinated attacks on the Capitol to stop Congress from certifying President Joe Biden’s electoral victory.

But several QAnon adherents also played prominent roles in the riot, and the conspiracy theory appeared to galvanize many others who joined the mob. Long before the attack, many experts warned of a growing threat of violence driven by disinformation and conspiracy theories like QAnon and its predecessor, the conspiracy dubbed “pizzagate.”

Justice Department prosecutor Joshua Rothstein said Bissey appears to be an avid consumer of other conspiracy theories, including that the coronavirus is a “hoax pandemic” and that the Covid-19 vaccine is part of a Jewish plot to murder people. She also appeared to believe the pandemic was foreshadowed by “predictive programming” during the opening ceremony for the 2012 Olympics in London.

“It’s one thing to believe in conspiracy theories in your basement. It’s another thing to act out on them,” he said.

Over 630 people have been charged with federal crimes related to the riot. Federal authorities have connected at least 27 defendants to QAnon, typically through social media posts or clothes they wore at the Capitol, according to an Associated Press review of court records.

The tally of guilty pleas by Capitol rioters is due to top 100 this week. At least nine QAnon-connected defendants have pleaded guilty so far. Two were sentenced to probation before Bissey became the 15th rioter to be sentenced.

Meanwhile, approximately 70 defendants charged in the Jan. 6 attack are jailed while awaiting trial. Authorities have linked at least 21 of them to far-right extremist groups or movements, including six QAnon supporters, the AP’s review found.

A core belief for QAnon followers is that Trump was secretly fighting a Satan-worshipping, child sex-trafficking cabal of prominent Democrats, Hollywood elites and “deep state” enemies. Pizzagate centered on the baseless belief that Democrats were running a child sex ring out of a pizza shop. A federal intelligence report released in June predicted that some “digital soldiers” in the QAnon movement could resort to “real world violence” as they lose trust in the conspiracy theory’s prophesies.

Some QAnon followers were easy to spot on Jan. 6 since they wore clothes or toted signs adorned with a telltale “Q.” A shirtless, face-painted man who wore a furry hat with horns and called himself the “ QAnon Shaman ” became one of the most recognizable rioters.

Bissey’s attorney said she found comfort in a “steady diet of cable news and Facebook-scrolling” to distract from her financial worries during the COVID-19 pandemic. The lawyer said Bissey and a friend, Anna Morgan-Lloyd, traveled to Washington to attend the rally where Trump spoke on Jan. 6 and only joined the mob after Trump “wrapped up his inciting calls to action.”

“Though this belief has since been debunked, Ms. Bissey was convinced on January 6 that the claims of election meddling were true,” the defense lawyer wrote.

Bissey was jailed for two days after her arrest in February. In a letter to the judge, Bissey said some of her neighbors in Bloomfield, Indiana, have shunned her since the riot. She called herself a “God fearing, country loving, law abiding, hard working patriot.”

“I am not and never have been a violent individual,” she wrote.

Some QAnon-linked defendants face significant prison time. Sentencing guidelines for Arizona resident Jacob Chansley, the “QAnon Shaman,” who pleaded guilty to a felony, could call for a prison term ranging from 41 to 51 months, according to a prosecutor.

Iowa resident Douglas Jensen, whom prosecutors have called a “religious” QAnon adherent, was charged with five felonies and faces a maximum sentence of 20 years in prison if convicted. Jensen, whose confrontation with a Capitol police officer was captured on video, was freed from pretrial detention but jailed again for violating terms of his release.

Also facing a possible prison term is New Jersey resident Scott Fairlamb, who pleaded guilty in August to assaulting a police officer and is scheduled to be sentenced next month. Fairlamb’s Instagram and Facebook accounts showed he was a QAnon believer who promoted the bogus claim that Trump would become the first president of the “new Republic” on March 4, 2021, prosecutors said.

A prosecutor in another riot case cited a California man’s embrace of QAnon in arguing that he was dangerous and should be detained before trial.

“The defendant was not just there sitting in his basement absorbing this material. He is acting on it, amplifying it and re-broadcasting it,” Assistant U.S. Attorney Andrew Bosse said during a Feb. 12 detention hearing for Eduardo Nicolas Alvear Gonzalez.