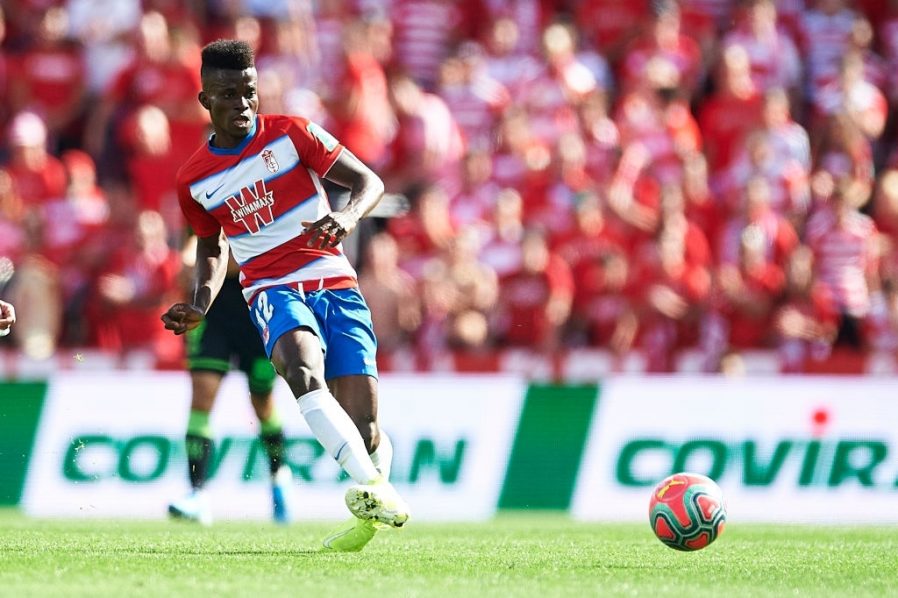 Ramon Azeez in action for Granada CF during the Liga match against Real Betis.

Azeez joined the Spanish La Liga outfit in January 2019 after impressing for second division club Lugo and went on to make 46 appearances for them, scoring two goals.

However, the midfielder, who has been capped six times for Nigeria, and featured at the 2014 FIFA World Cup in Brazil, spent the latter part of last season at second division outfit FC Cartagena, making 16 appearances and helping the club avoid relegation to the Spanish third-tier.

On his return to Granada, though, the 28-year-old failed to secure a spot in the first team, and reportedly rejected a loan move away from the club. As a result, Granada have taken up the option of terminating his contract and that of Spaniard Álvaro Bravo.

“From today, they (Azeez and Bravo) are free agents,” said Granada official Patricia Rodríguez, in a report carried by Larazon. “We looked for ways out for them, and they did not accept those options. We made numerous efforts and made calls to a multitude of places.”

Azeez, one of Nigeria’s standout players at the 2009 FIFA U-17 World Cup, joined Spanish side Almeria in 2011, going on to feature 156 times for Almeria before joining CD Lugo in the summer of 2017.