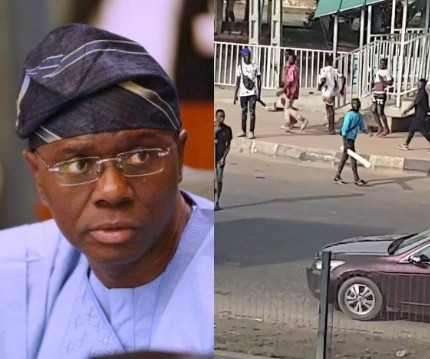 Lagos state governor, Babajide Sanwo-Olu, has condemned the attack on #EndSARS protesters by some hoodlums in the Alausa area of the state.

Earlier today, the hoodlums armed with machetes and other dangerous weapons stormed the venue where the protesters were gathered and attacked some of them. Read here.

Reacting via his Twitter handle, Governor Sanwo-Olu said his government will not tolerate the attack on protesters. His tweet reads

Why Governors Can’t Push For Restructuring In Nigeria