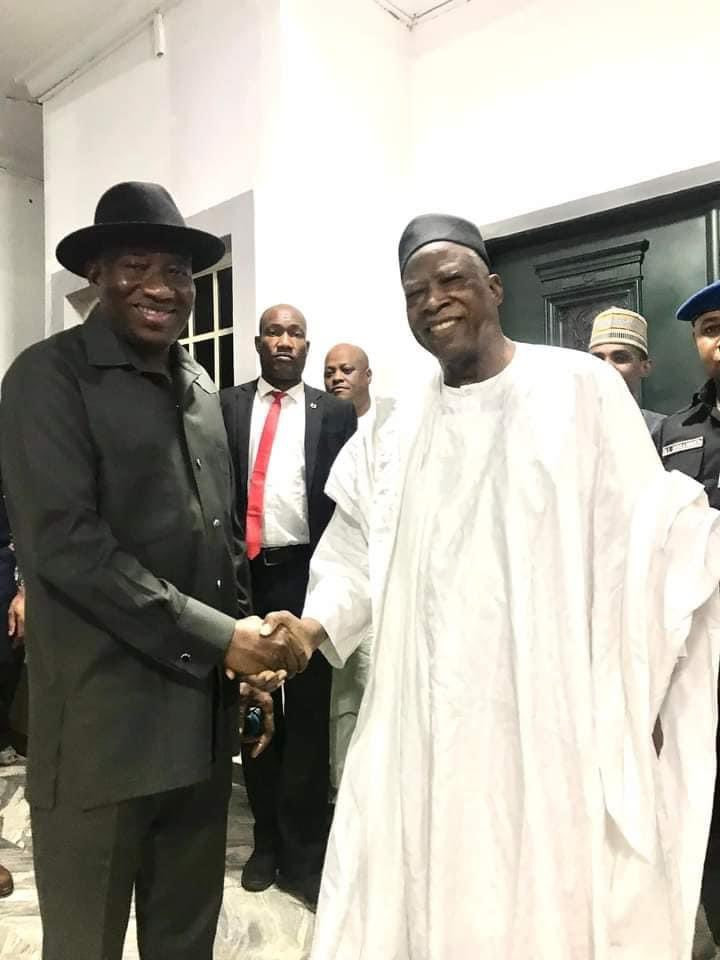 Former President Goodluck Jonathan last night had a closed-door meeting with the National Chairman of the All Progressives Congress APC. The meeting lasted for an hour, specifically between 9pm and 10pm.

The meeting came hours after a group of Almajiris purchased the APC presidential nomination forms for the former President.

Jonathan in a statement released by his aide, Ikechukwu Eze, distanced himself from the group and stated that he did not authorize the purchase of the nomination forms.

See more photos of Jonathan with APC National Chairman below… 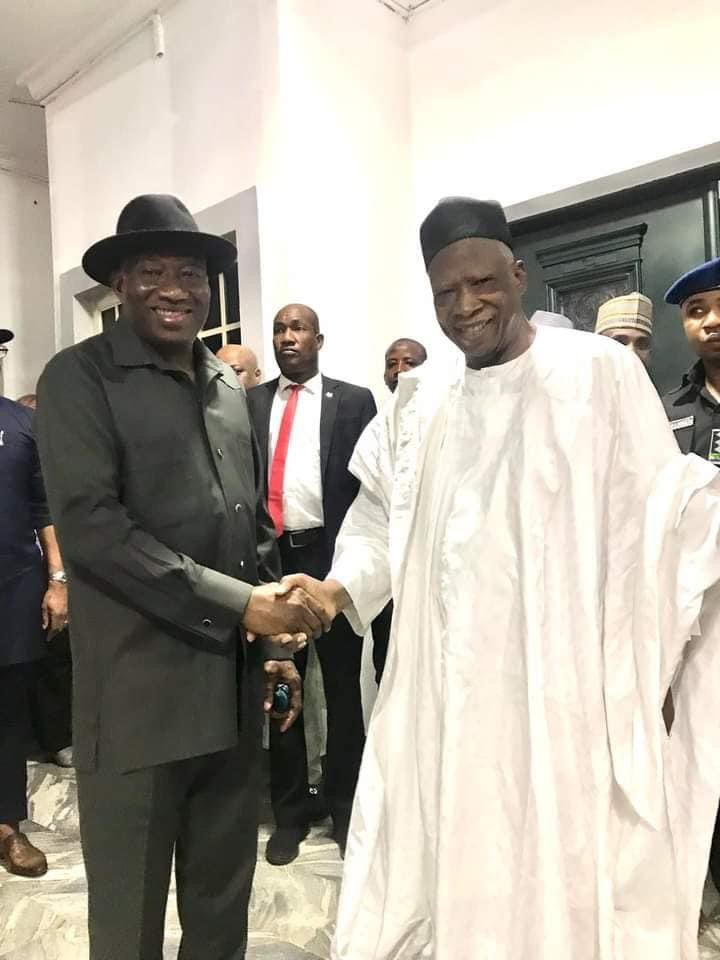