Media personality, Toke Makinwa has slammed a Twitter user who claimed she was at the Lagos #EndSARS protest today just to take pictures with her group of friends. 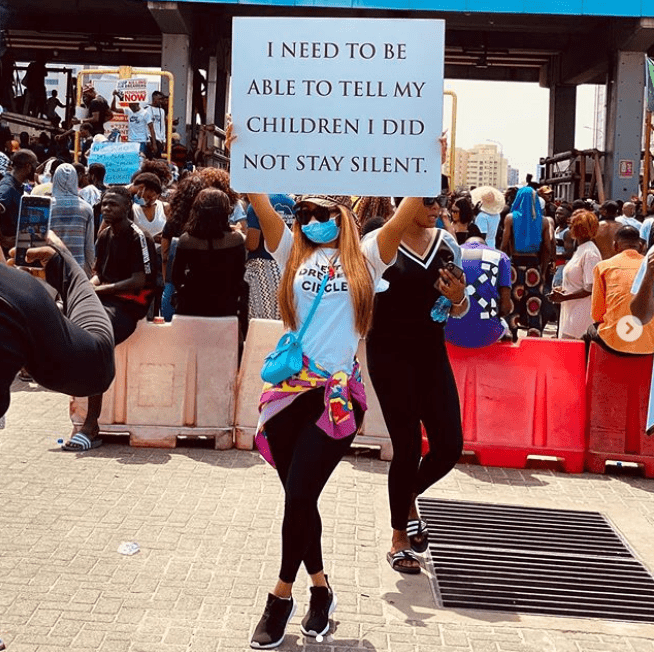 Earlier today, Toke joined several other Nigerian celebrities to lend their voices and march for the #EndSARS campaign.

According to the Twitter user, Toke and her group of friends just took pictures, showed off designers, and made Snapchat videos with red cups and went home.

“God will punish you for this tweet, I don’t owe anyone anything but FYI, I resumed at the protest at past 10am, skipped work to walk from the toll gate to Onikan, you won’t make this protest about me.” she replied the lady who expressed annoyance 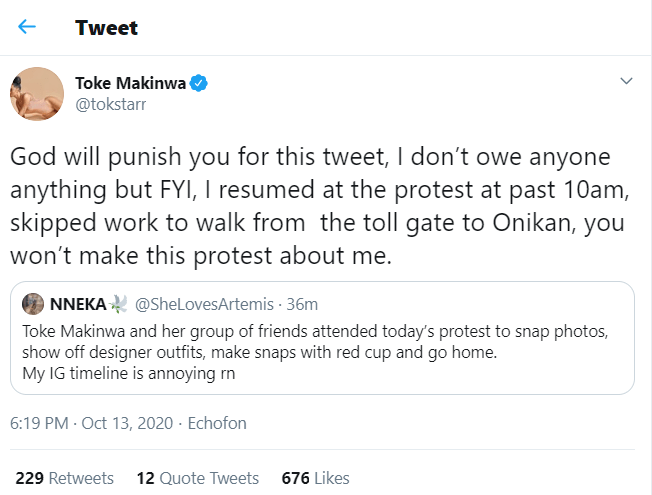 State broadcast: Makinde Talks Tough; ” We will deal decisively with...

Joe Biden calls Nigerian family to thank them for their support...