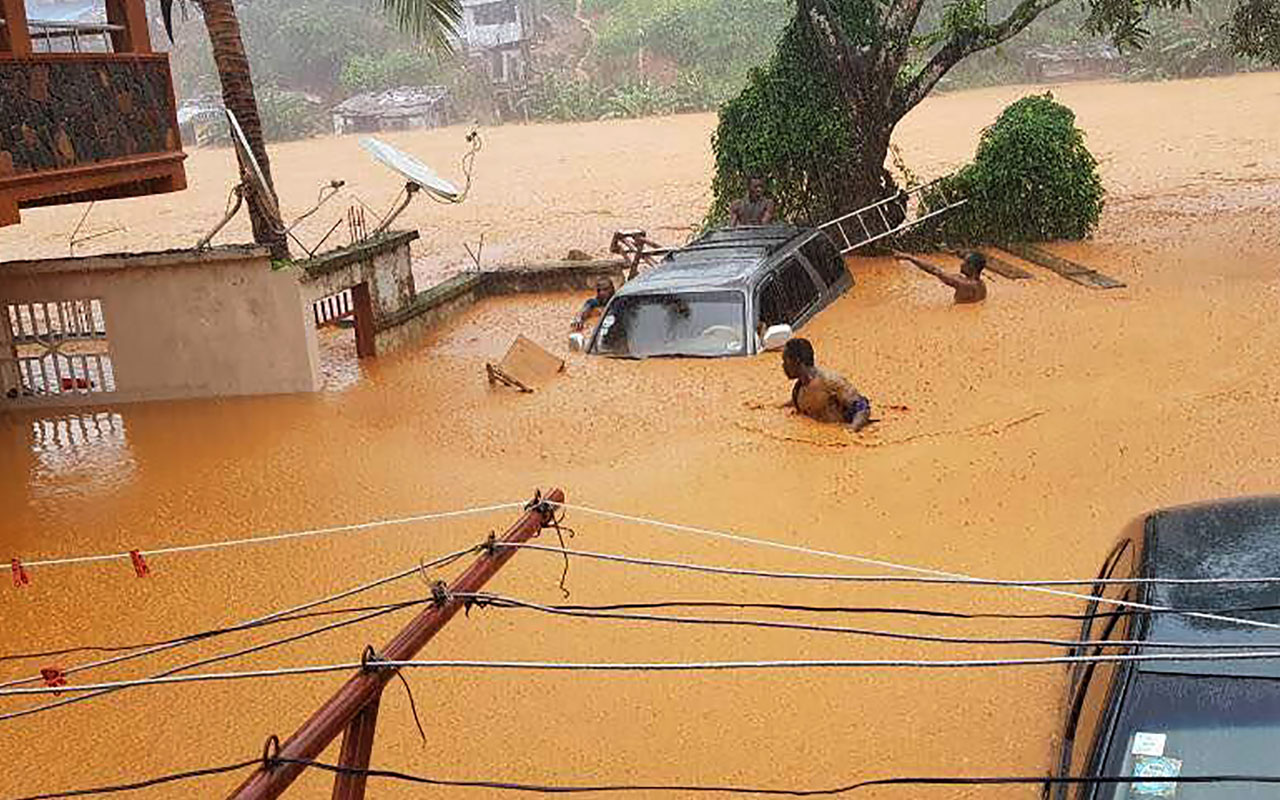 We already have the tools to tackle global emissions, but need to find the political will and global unity of purpose to rapidly deploy them by building the teams across industry, government and finance. For the technological solutions against climate change to be deployed worldwide by 2050, they need to be commercialized and rolled out on a scale sufficient to trigger cost reductions before 2030. Industry and government need to jointly develop the game plan, mapping out how to reach net-zero emissions in each sector by mid-century. Playing solo isn’t an option.

The best of human endeavor, excellence and solidarity was recently on display at the Tokyo Olympics. In the face of the challenges posed by COVID-19 pandemic, the Games brought the world together in sporting prowess and teamwork. Humanity will need to find that same level of solidarity and teamwork if we are to successfully work together to address climate change. As was with every sportsman and woman in Tokyo, we know what we need to do. We have the tools we need to tackle global emissions; we simply need to find the political will to rapidly deploy them. We need to pull together to build the teams – across industry, government and finance- to deliver decarbonisation.

Across the seven sectors on which we are focusing our activity- aviation, shipping, heavy-duty road transport, iron and steel, aluminium, concrete and chemicals- low- and zero-carbon alternatives already exist. Whether they rely on hydrogen, ammonia, biochemicals or advanced biofuels, new technologies and production processes can, in theory, be deployed to drive emissions to zero by the middle of this century.

The challenge is that, in pretty much every case, these alternatives are not yet commercially available, and hence are still more expensive than conventional options, often significantly so from perhaps 20 percent  to 200 percent more. This green premium, as identified by the American billionaire, Bill Gates, makes it difficult for many businesses to invest today, even if doing so could give them a competitive edge over their rivals as the net zero economy emerges over the coming decades.

The good news, though, is that even if significant at a business-to-business level, this green premium would have a low impact on consumer prices, of less than 1 percent, once passed through the whole value chain. Indeed, this figure will fall further with scale and learning curve effects. We are now in a race against time: for these technological solutions to be deployed globally and become the “new normal” by 2050, they need to be commercialized and rolled out on an initial scale sufficient to trigger cost reductions before 2030.

Fortunately, we have a successful case study of how to do just that in the dramatic growth of renewable energy of the last three decades. Over the past 10 years, wind and solar have grown rapidly, four fold and more than 17 times, respectively, while their costs have fallen precipitously. According to figures from investment bank Lazard, the cost of wind power fell by 71 percent between 2009 and the year 2020, and utility scale solar by 90 percent.

This is an extraordinary achievement. But it didn’t happen overnight. Denmark first introduced subsidies for wind farms in 1981, while Germany’s feed-in tariff programme dates back to 1991. We can’t afford to spend three decades bringing down the cost of green hydrogen production, ammonia for the shipping sector, or biochemical and synthetic fuels. Nor do we have to, because we have learned how to use policy tools to accelerate such transitions.

However, these policy tools will need to be tailored to the realities of the carbon- intensive industries. Two key differences make the story for harder- to- abate sectors less straightforward. One, unlike with renewables and power generation, there is no single- bullet solution to one voice to governments and financial institutions. In the race against climate change, playing solo is not an option.

On aviation, below is what the World Economic Forum is doing to reduce aviation’s carbon footprint. It is organizing a conference to showcase the solutions on offer. On shipping, the sector provides an example of how such a team can work together. More than 150 companies have joined the Getting To Zero Coalition, pledging to introduce zero- emission shipping in deep-sea lanes on a commercial basis by 2030. They come from all corners of the world, and represent shippers, freight forwarders, ship builders, fuel and bunkering service providers, cargo owners, financial institutions, and governments of countries with a large maritime sector.

They are now developing a net- zero transition strategy, which will lay out the solutions and fuels to be used to reduce emissions faster than International Maritime Organization targets currently suggest. In parallel, they are working together to sail the very first zero- emission ships in the next few years. For that, they are building consortiums with fuel providers, port authorities and shippers bringing cargo owners ready to pay a premium for green shipping and securing public and private financing.

This is an enterprise beyond the scope of even the largest shipping giant and indeed, of the shipping sector as a whole. It takes collaboration with the energy sector, but also with the many sectors which ship goods around the world. And in the short to medium term, it will take government support to de-risk investment in the fuel supply chain, new port infrastructure, new ships and engines and stimulate demand for green shipping via regulation and mandates.

All of that can be done while adding less than 1 percent to consumer prices of goods shipped around the world. We, as consumers, need to be ready to pay that small price. The maritime team needs us to make that pass to score against climate change.

Dancing May Be Included In Olympic Games- Adegboye Onigbinde