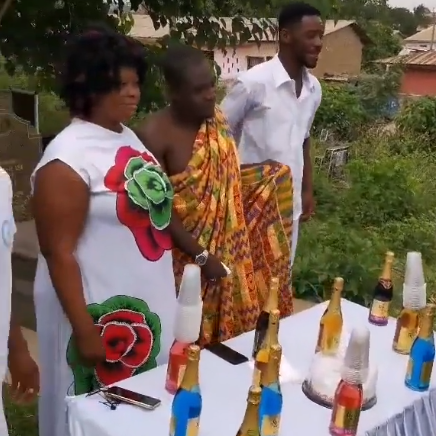 A Ghanaian actor and movie director who went viral when he celebrated his birthday in the cemetery has cried out as he says ghosts are now haunting him.

The celebrant named Nkrumah Samuel, popularly known as Remes Kay, and his friends wore all-white attires as they celebrated in a cemetery.

A high table decorated with drinks and a cake was placed between gravestones as the celebrant made merry with friends.

There were no chairs provided for guests so some relaxed on gravestones during the party.

Now, the celebrant has complained that his life has not been the same since the party.

Speaking in an interview with Abena Gold, the actor said ghosts have been haunting him since his party. 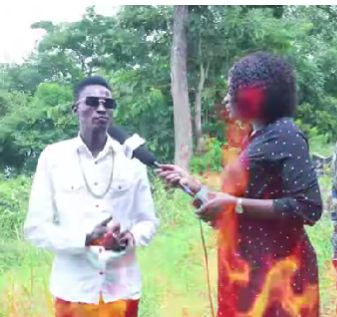 Remes Kay told the interviewer that his motive for celebrating in a cemetery was to pass the message that one’s birthday isn’t just the addition of a year but it also means the subtraction of a year from the years they have to live.

In the interview conducted in his local language, Remes Kay explained that since his birthday party, he has been seeing scary things and he believes ghosts are now after his life.