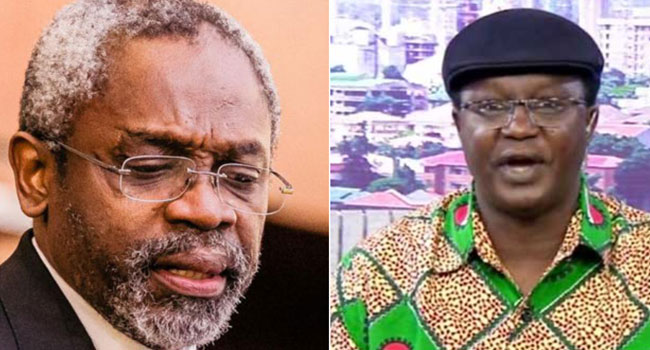 The Speaker of the House of Representatives has met with the Nigeria Labour Congress (NLC).

The meeting which held at the National Assembly Complex in Abuja is an attempt to mediate and broker an amicable solution to the impasse between Organised Labour and the Federal Government over the increase in electricity tariff and the removal of petrol subsidy.

In a bid to drive home the message of its displeasure at the recent tariff hikes, the NLC is threatening to organise a nationwide strike on Monday, however, the Speaker of the House of Representatives Femi Gbajabiamila is appealing to Labour not to go on a strike.

Mr Gbajabiamila a short brief before the meeting proper argued that Labour cannot go on a strike in good conscience as the consequences will be dire on Nigerians who will feel the hardship caused by the industrial action.

He said the House of Representatives shares the same thoughts and philosophy with the NLC as regards the plight of workers and the House of Reps championed the cause of free electricity and had advised that the hike in tariff be put in effect from 2021.

Nevertheless, the Speaker said he worries about the consequences of the strike and what will be achieved at the end.

In reply to the Speaker’s comments, the NLC President, Comrade Ayuba Waba argued that the increase in electricity tariff and removal of petrol subsidy is bringing hardship on Nigerians and the union is asking the FG to reverse these policy decisions.

According to Mr Ayuba, it is in a bid to get the government to change its recent hike policy that the protest on Monday has been scheduled.

After the first deliberations, the Speaker and NLC representatives went into a closed-door meeting, where the Labour has insisted that it will continue with its planned strike unless the govt makes a u-turn before 12 midnight today.