Members of the Senate, Federal University of Technology Akure, have rejected the appointment of Prof. Adenike Oladiji as the eighth substantive vice-chancellor of the institution saying the appointment is a sham and carried out in a fraudulent manner.

Professor Oladiji was cleared and ratified at the university’s Governing Council Special Meeting held on Thursday, May 12, 2022, and her appointment is to take effect from Tuesday, May 24, 2022, for a single term of five years. With the appointment, she was declared the first female vice-chancellor of the institution in its 41 years of existence. 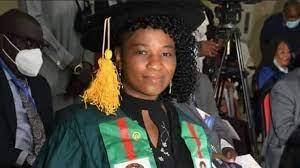 However, members of the university Senate issued a statement signed by Prof. P. A. Aborisade and Prof. M. B. Oyun, stating that the appointment contravened the law of the university, (Act No 11 of 1993) as amended (2003) concerning the processes of the selection of a Vice-Chancellor.

The statement stated that prof. Oladiji came second in the selection process and no potent reason was given as to why the candidate who came first was dropped. It further advised the newly appointed vice-chancellor to remain at her current duty post at the university if Ilorin and should not attempt to report to FUTA as a Vice-Chancellor.