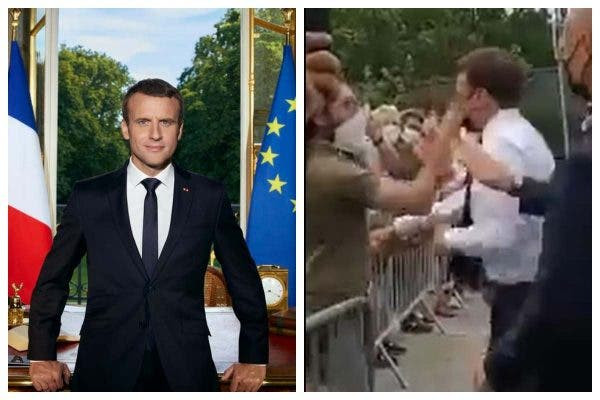 French President Emmanuel Macron has been slapped in the face by a man.

The embarrassing incident occured during a walkabout session with a crowd in the Drome region in southeastern France, BFM TV and RMC radio reported on Tuesday, June 8.

A viral video published by BFM TV and RMC shows a man in a green T-Shirt, with glasses and a face mask, shout out “Down with Macronia” (“A Bas La Macronie”) and then deliver a slap to Macron’s face.

Macron’s security entourage quickly intervened and pulled the man to the ground before moving Macron away from him.

Two men have reportedly been arrested in the wake of the incident, according to French media.

Father’s Day: “It won’t take me a minute to expose your...