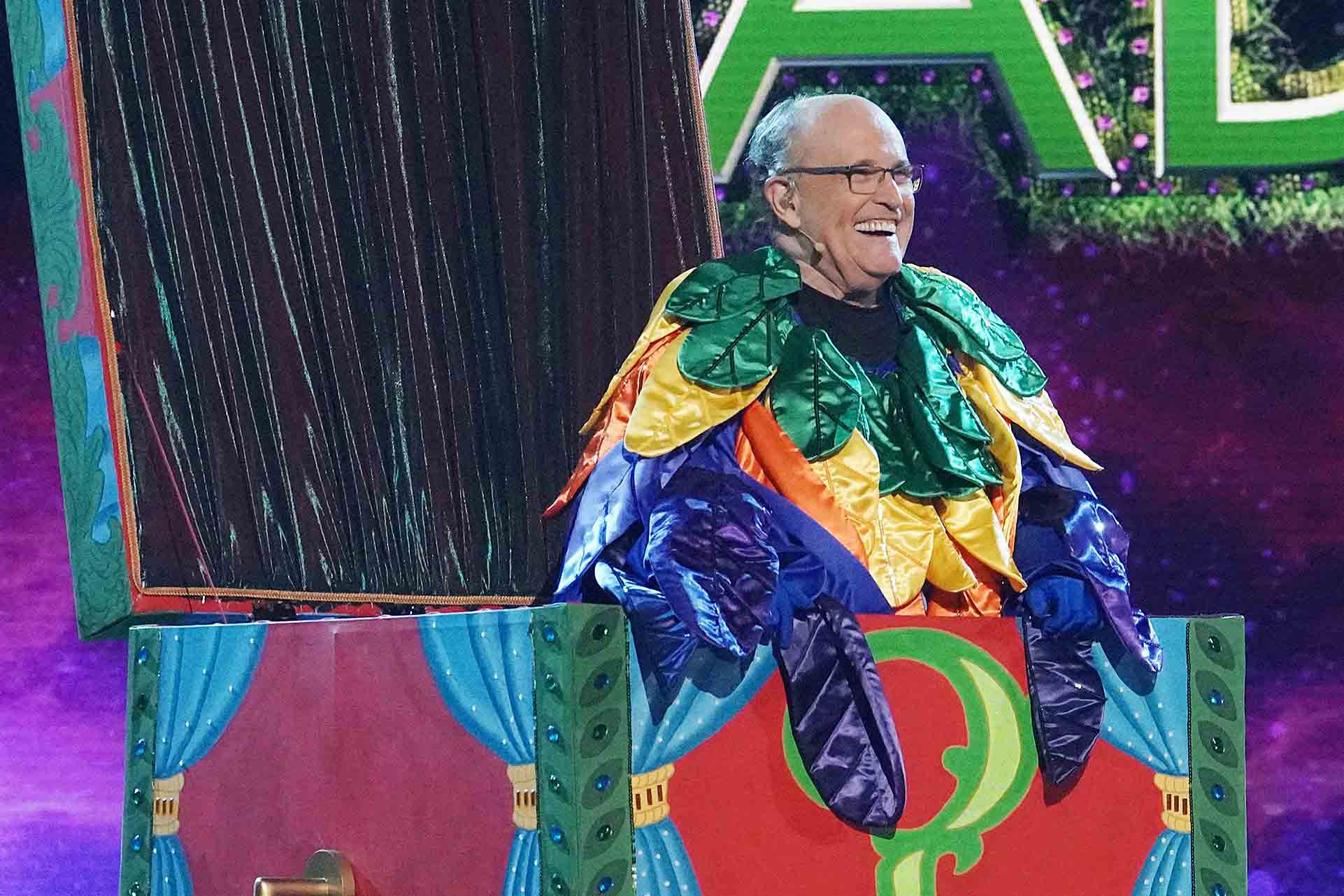 Fox execs finally addressed the controversy surrounding Rudy Giuliani being cast on “The Masked Singer,” and according to Rob Wade, the president of alternative entertainment & specials at Fox Entertainment, the company has “no regrets.”

The network brass was asked about Giuliani’s casting on Monday morning during a conference call announcing the network’s new fall lineup.

“Yeah, absolutely no regrets,” Wade said. “The marketing is all about delivering jaw dropping moments, which is exactly what the casting accomplished. And whether it was on set or with the viewers at home I suppose my only regret or surprise was obviously the reveal was spoiled [by the press], but kudos to you guys. Just please don’t do it again. Thanks a lot.”

On this season’s episode 7, which aired April 20, the disgraced former attorney showed up, sang an off-key and off-putting version of “Bad to the Bone” by George Thorogood and the Destroyers and then was unmasked as the Jack in the Box.

The episode teased the Giuliani reveal as “the biggest event in ‘Masked Singer’ history.”

Panelist Ken Jeong was not pleased as reported: “No, that’s not Robert Duvall” (one of the top guesses), he said, arms folded and clearly appalled at the casting.

At the very end of the episode, Jeong is shown saying, “I’m done,” and leaving the set. But the show’s producers exhibited a surprising bit of restraint in not milking his response, and also didn’t show fellow judge Robin Thicke going after him, as had been previously reported.

Said Thicke: “This is definitely something I never would have guessed.”

When news leaked earlier this year about Giuliani, “The Masked Singer” faced a heavy dose of backlash, as some in the media (including Variety) questioned whether bringing on such a figure would ruin the show’s reputation for being lighthearted, escapist fare.

After all, Giuliani has been involved in various schemes in recent years — most notably, his attempts to help overturn the 2020 election results via baseless allegations of fraud.

What is a whole grain? Americans are eating more, but confused by the food labels