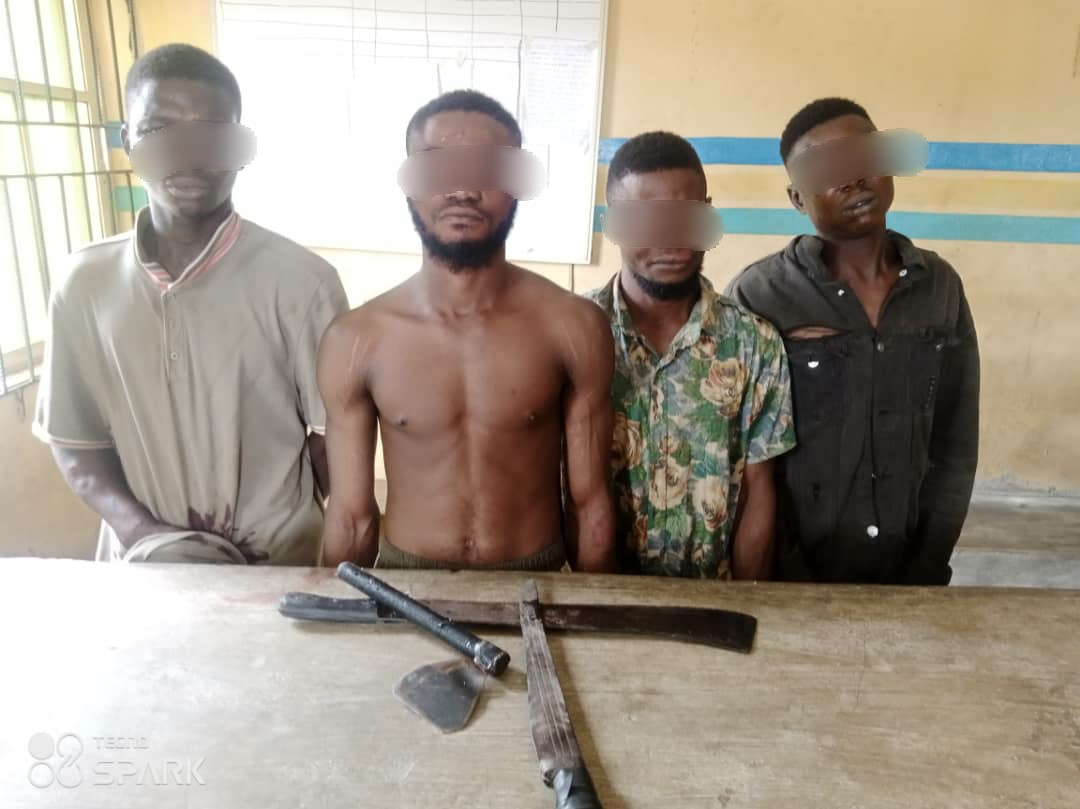 In continuation of its clampdown on cultists and other criminals across the state, the operatives of Ogun state police command, on Tuesday, May 24th, apprehended four cultists, where they were holding a nocturnal meeting.

A statement released by DSP Abimbola Oyeyemi, spokesperson of the state police command, said the suspects were arrested at different locations in Oke_lantoro and Technical college Leme, following credible information received by the police that the suspects were meeting in those locations.

”Upon the information, the commissioner of police, CP Lanre Bankole, ordered the CSP Shobiyi Oluwatoshin led anti cultists section to storm the place and dislodge the hoodlums.

In compliance with the CP’S order, the team moved to the scene at about 8:30 pm where the four amongst the hoodlums were arrested while others escaped.

Recovered from them are; cutlass, battle axes and criminal charms.”the statement in part read

Meanwhile, the state commissioner of police, CP Lanre Bankole, has assured the good people of Ogun state that the command will not relent in its efforts to rid the state of criminal elements.

He, therefore, appealed to the general public to partner with the police in waging war against the criminals by informing the police whenever a strange gathering is noticed in their vicinity.