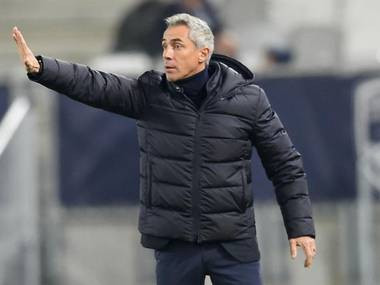 The 50-year-old, who has been out of work since he left Bordeaux in August, replaces Jerzy Brzeczek after he was fired this week despite helping the team qualify for Euro 2020, which was postponed to this year because of the coronavirus pandemic.

Brzeczek had been in charge since July 2018 and had extended his contract in November. But the country FA said there was “discouragement” in the team under the 49-year-old Brzeczek, adding: “With this format, the team could not move forward”.

Announcing the appointment of Paulo Sousa, President of the Polish Football Association, Zbigniew Boniek said: “I am convinced that the new coach of the Polish national team, thanks to his coaching class, experience, and international knowledge, will give our national team a new impulse.”

“I am honoured and proud to be the coach of the Polish national team” Sousa said. “Poland is a country of football and I am convinced that your enthusiasm will give us strength, support, and faith in the representation.

“Together, we will be able to fight for victories at the European Championships.

“With the right mentality, discipline, organization, and approach, together with me, my staff, federation employees, and the support of the entire nation, we will be strong. I am sure that all of Poland will be proud of its national team.”

Two-time Champions League winner Sousa was a regular for Portugal during his playing career and has coached in Hungary, Israel, Switzerland, Italy, and China in the last decade. He won the Champions League as a player with Juventus and Borussia Dortmund.